The Sports Car with a Fanny Pack: Preston’s B5 S4 Avant

When you spend time around a diverse crowd of car folks, you inevitably lose your bias towards a specific slice of the automotive world. My car history is varied and arguably well-rounded, but being here at ECS has exponentially grown my interests to include cars from a much broader spectrum than I previously considered. If you have noticed, there have been a number of Audi models I have had a chance to drive that has inspired me to look twice at the understated cars from Ingolstadt. Last week I had the pleasure of spending time with Preston and his B5 S4 Avant that is possibly the best example of a car sporting four rings up front and a hatch in the rear that I have experienced.

Preston brought his minty-fresh wagon to NEO Cars and Coffee, which we hosted at our facility, and immediately caught the interest of a few ECS employees. When they gave me his contact information, I knew instantly why they were excited. The B5 S4 is a cult classic and something of a love interest to several of us here. Avants, if you don’t know, are the rarest to find in a manual transmission boasting the bi-turbo V6 and Quattro drivetrain here in the states. Preston’s is even more of a unicorn, as this particular estate packs more than one surprise. If there was ever a B5 S4 Avant to make me fawn, this would be the one. 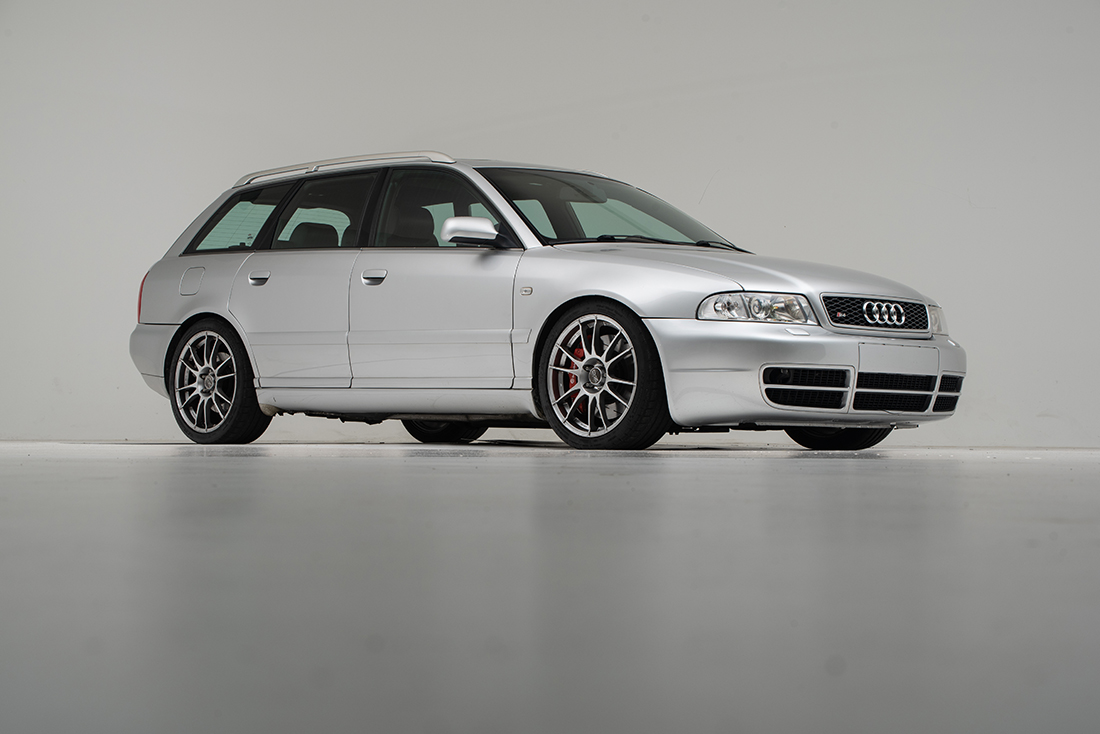 From the outside, the already deceiving body shape of the Avant and lack of flashy exterior modifications make the Audi appear rather sedate. To anyone who is familiar with the B5 S4, it is hard to not know about their sleeper status. To what degree the car is a sleeper, though, is always a mystery. Preston’s is definitive of a good incognito rocket. The whole car has received an immense amount of work to make it the outstanding performance machine that could undoubtedly surprise anyone on the highway, but that isn’t where this Autobahn legend spends its time. 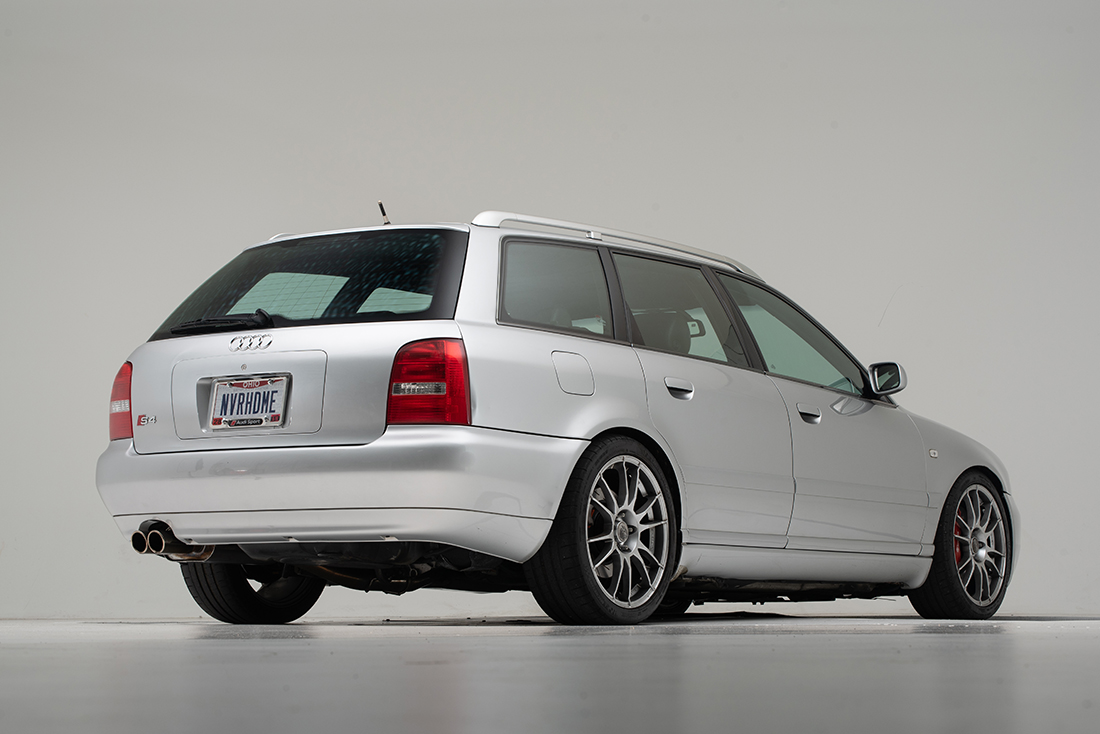 The S4 is surprisingly not Preston’s daily mode of transportation, though it almost was. While his daily driver B7 A4 was parked at work, several large pallets fell on the car and inflicted heavy damage. Around the time that his B7 was beaten up, Preston found this S4 on Audizine as a low-mileage treasure and made the purchase under the assumption that the B7 would be totaled by insurance. As luck would have it, his insurance agreed to repair the B7, so the S4 took on new duties as his dedicated track toy. 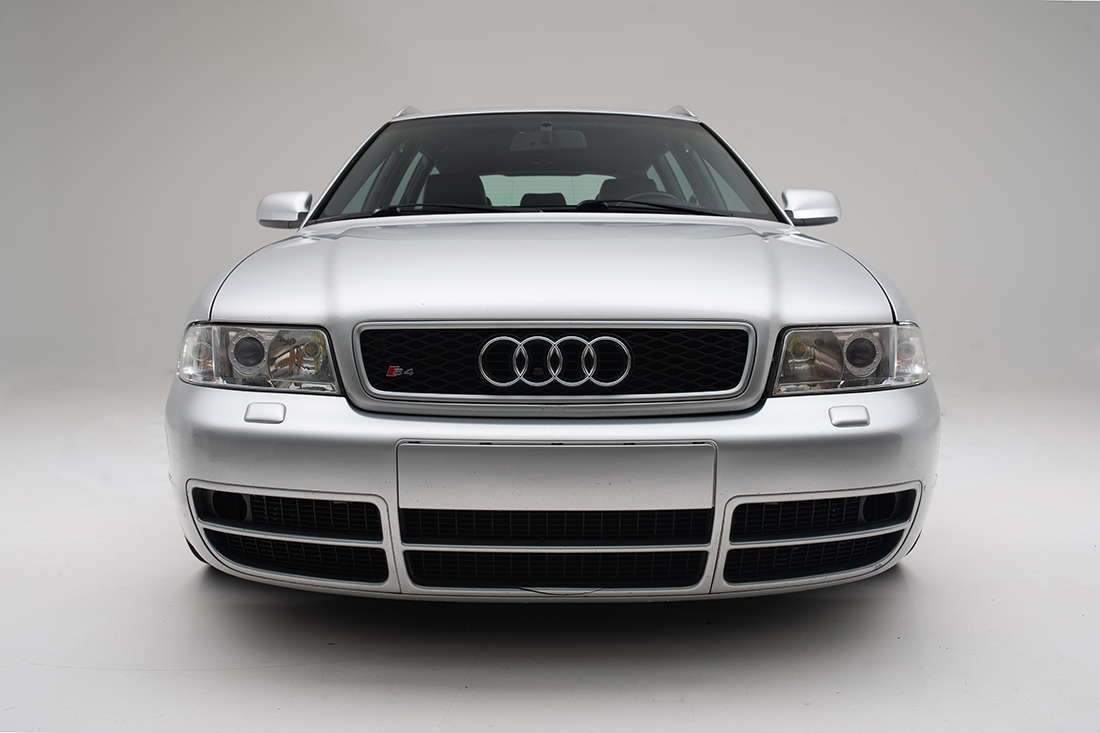 The S4 was a low-mileage and incredibly clean example, but it was definitely not stock when Preston purchased it. The previous owner had already modified the car slightly, but it would come to see a litany of performance modifications at the hands of its newest owner. From a purist perspective, the car had already been molested. That made Preston’s choice to turn the car into a competitive track monster all the easier. As it sits now, the B5 is representative of Preston’s ability to dial in the big wagon for exclusive track use. His extensive modification list is staggering and explains the car’s ability to blister up the road and tackle corners as sure-footed as you would expect from a coupé, not a family wagon. 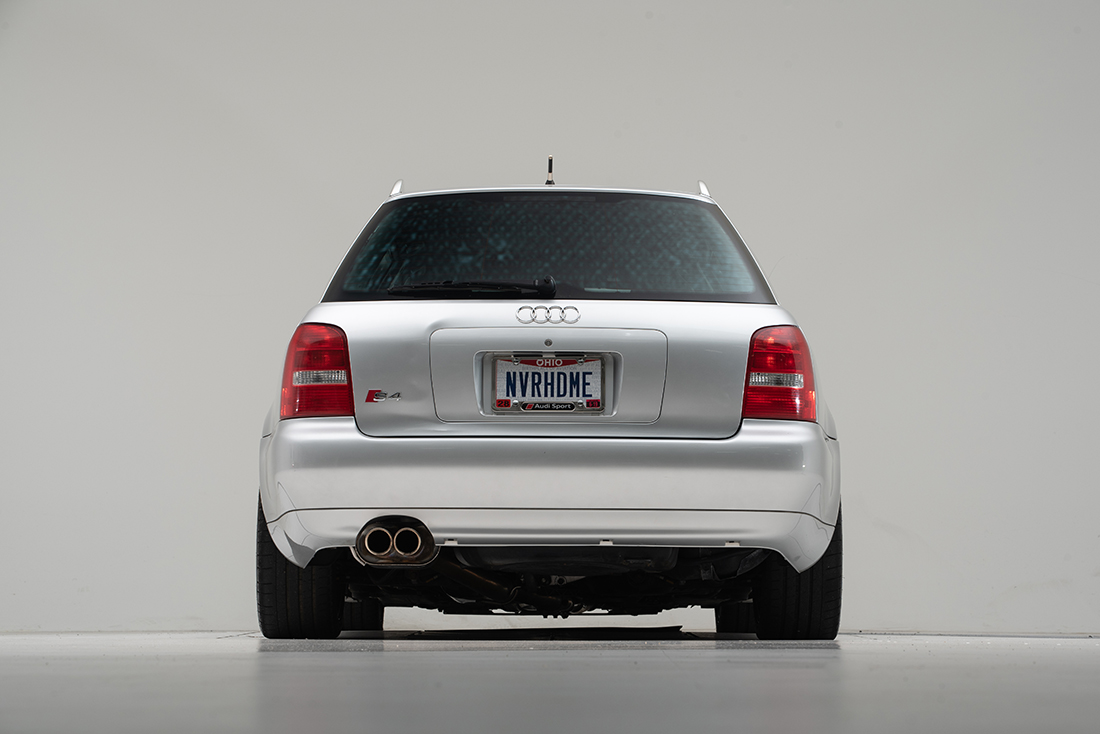 When I drove it, the B5 S4 felt astoundingly sorted. My complaints in previous B5 S4’s, like Zach’s recent purchase, have been the disconnected feeling from the chassis and gear shifter that make the car feel floaty. They certainly have a respectable power output, but the softness and bounciness of the cars I had driven before detracted from the experience. In the case of Preston’s car, however, I couldn’t stop praising the direct feeling, absurd power output, and tightness of the chassis. I had discovered a car that made me fall in love with the platform, not just check a mark on a bucket list of cars to drive. 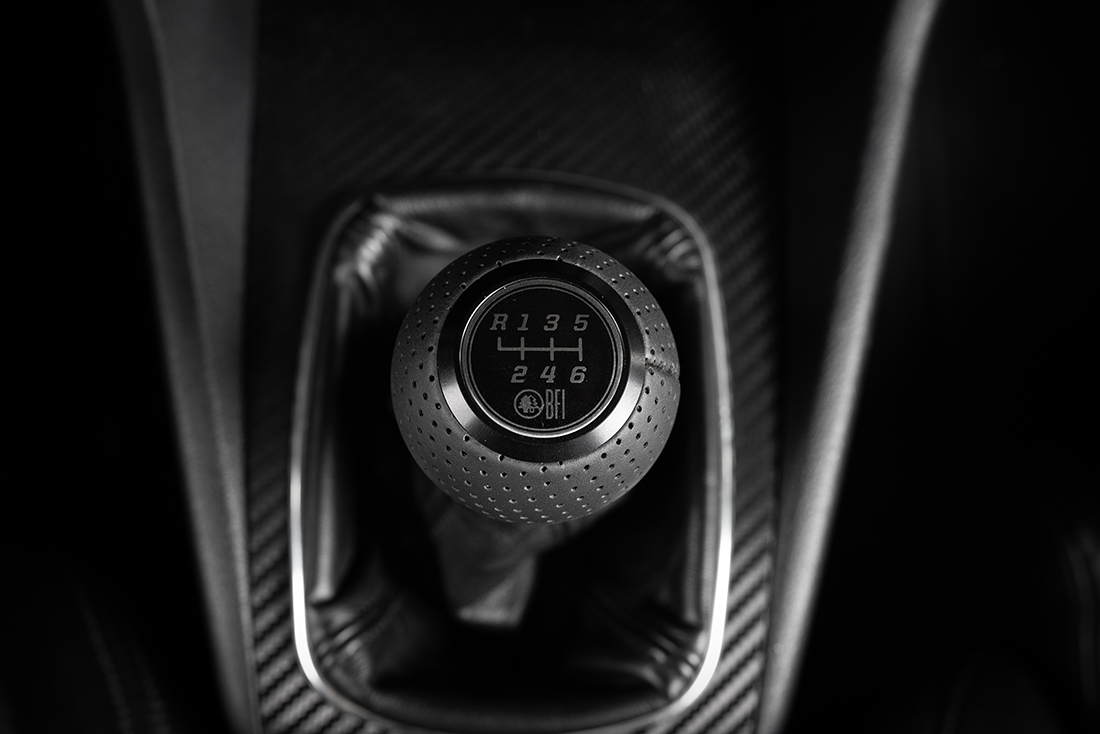 This Black Forest Industries knob fits right in with the black interior.

The go pedal provided plenty of fun, despite the slight drizzle to which we were subjected on our short drive. With the Brembo 6-piston calipers and EBC racing pads, the lack of heat made driving something with that kind of power sketchy on the road. Regardless of the conditions, I still felt where it would succeed on a track. Those brakes, when they did heat up the few times I pushed the car, absolutely ripped my face off. Paired with the K04 turbos, RS4 breathing bits, big injectors, and APR exhaust pieces, the Avant will curl the pavement on a launch and crumple it up to a stop. Even though I was aware of what sat underneath the humble silver body, I was consistently surprised at how the car behaved and how it almost begged for you to drive it to the limit. Out of consideration for Preston (and embarrassment that he would judge my shoddy techniques), I managed to keep the Audi to a relatively tame demeanor for most of our trip. 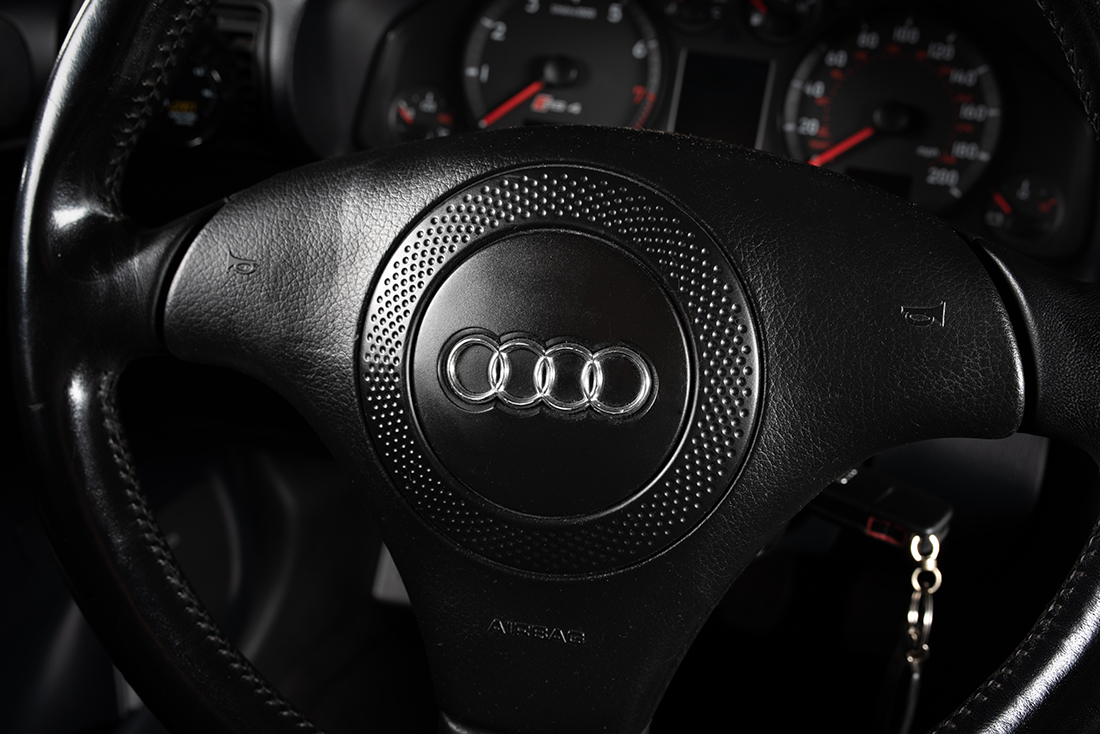 In other track cars I have driven, there is a measure of discomfort that I have needed to overcome while behind the wheel. What I found with Preston’s Avant was that I did not want to get out of the car. The bumpy rural Ohio roads made it readily apparent we were riding on some incredibly stiff Ohlins coilovers, but at no point did my fillings remind me of their places in my teeth. The nearly perfect interior made me feel comfortable regardless, and the fantastically tight steering and gearbox made driving the wagon a pleasurably exciting experience. Nothing about the car suggested it was almost 20 years old, nor did it feel like a dedicated track car on the inside. The rarity of the car itself is one thing, but that it is a low-mile, well-maintained, and highly modified B5 S4 Avant is what thoroughly impressed me. Beyond those seemingly mutually exclusive combinations, that it is a dedicated track car sporting a full interior, climate control, and all the creature comforts of a daily driver further evoked feelings of respect and admiration for the car. 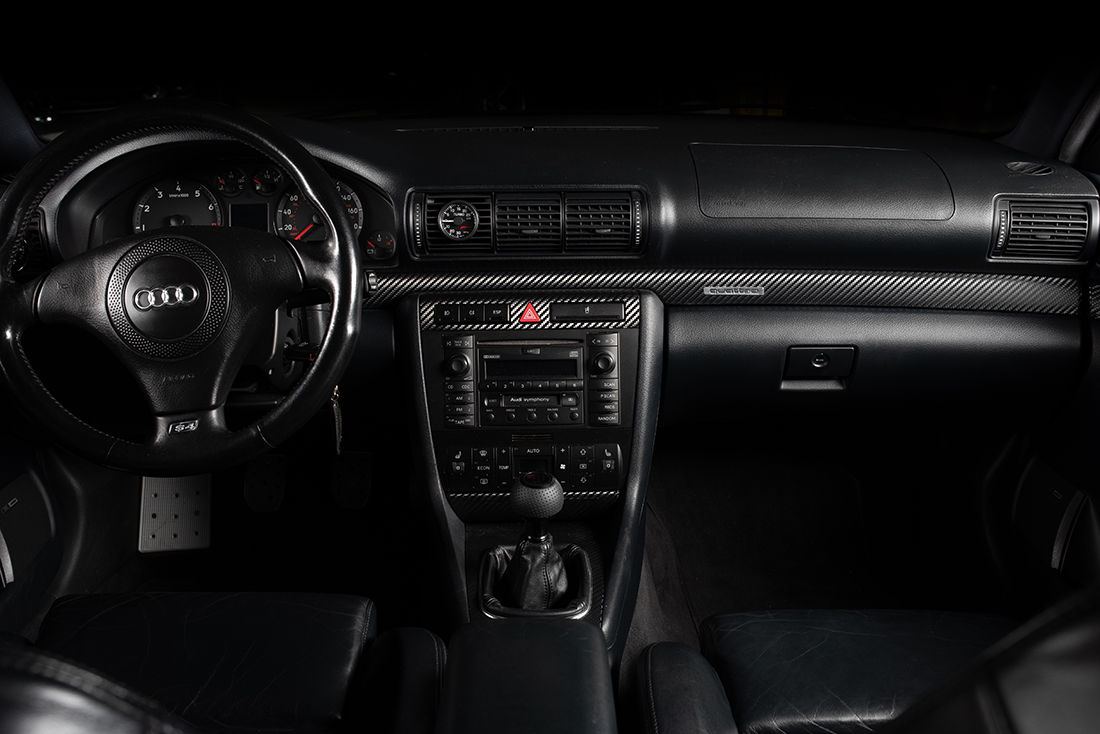 Driving experience aside, many other reasons had before kept me wary of developing an interest in the B5 S4. Cars like this are often considered money pits, especially as they grow older. The B5 S4 has its known problems, but that would never turn me away as a prospective buyer after the drive in this wagon. According to Preston, much of the maintenance work was just an excuse to upgrade those parts, which resulted in the incredible wagon I had the fortune to drive.

The B5 S4 Avant was already rare, this one is one of 600 built for the states in this package, but that it is driven the way it was always meant to be is even more unique. Preston has no qualms about risking a desirable and hard-to-find Audi on the track because of the sheer joy it provides him. Passing a 911 on a track in a big wagon that looks entirely stock must be one hell of a gratifying sensation. 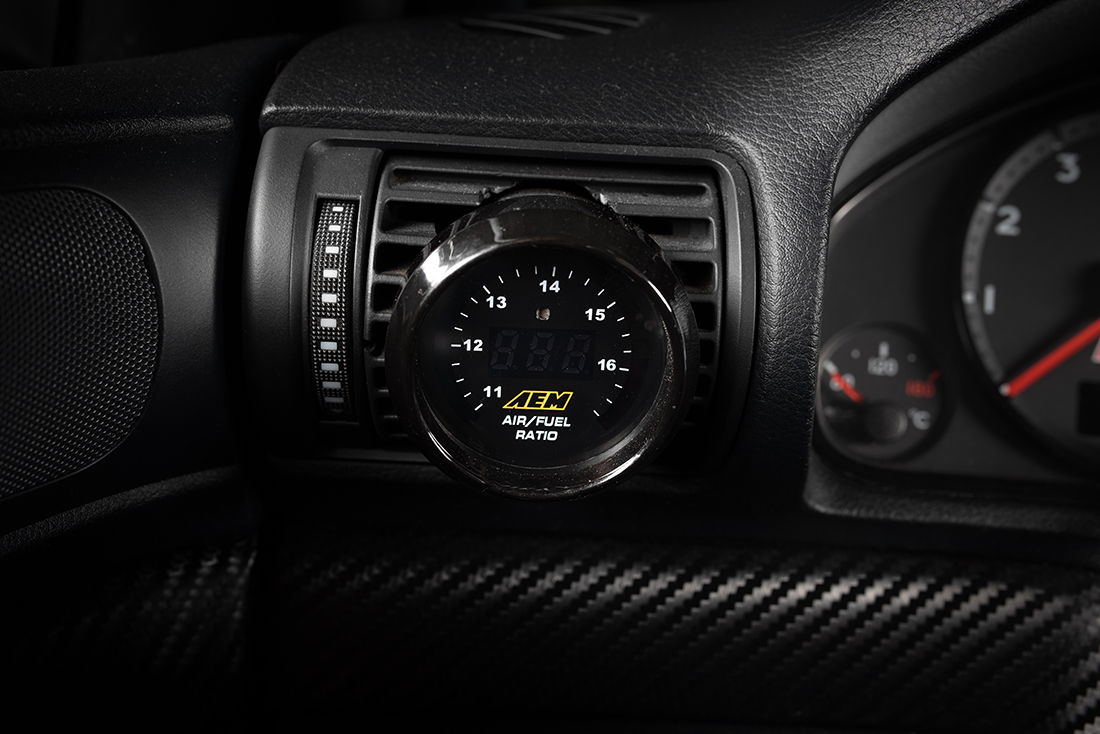 It’s important to know what is going on in your engine, especially when you are pushing as much power as this S4. The AEM AFR Gauge integrates well in this vent pod location. 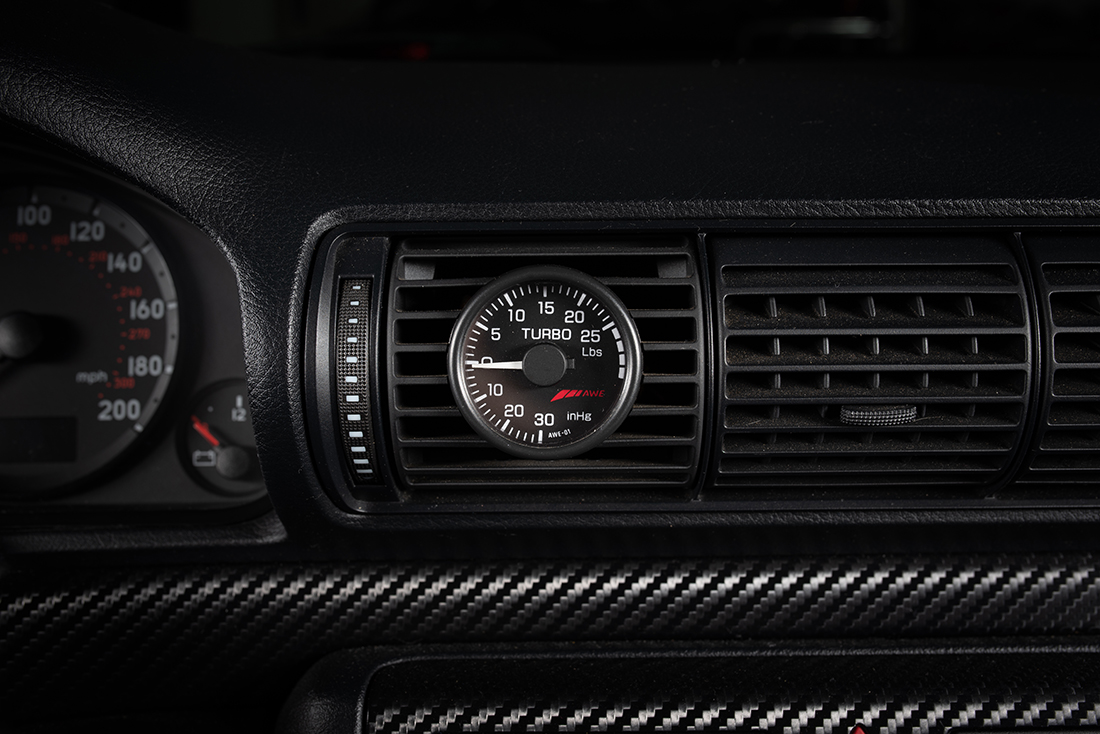 With our drive concluded, Preston and I pulled back into the ECS facility so our photographers could provide us with the excellent studio work which you now see before you. As luck would have it, an order he had made from our warehouse was ready to pick up, so the day concluded with a trip through the building to take advantage of our recently reinstated Will-Call pickup option before he left for the afternoon. Just like the wagon, which provides a multi-purpose use, Preston’s trip down to ECS was more than just a chance for us to gawk at his car. Multitasking, it seems, is a way of life for the Avant driver. 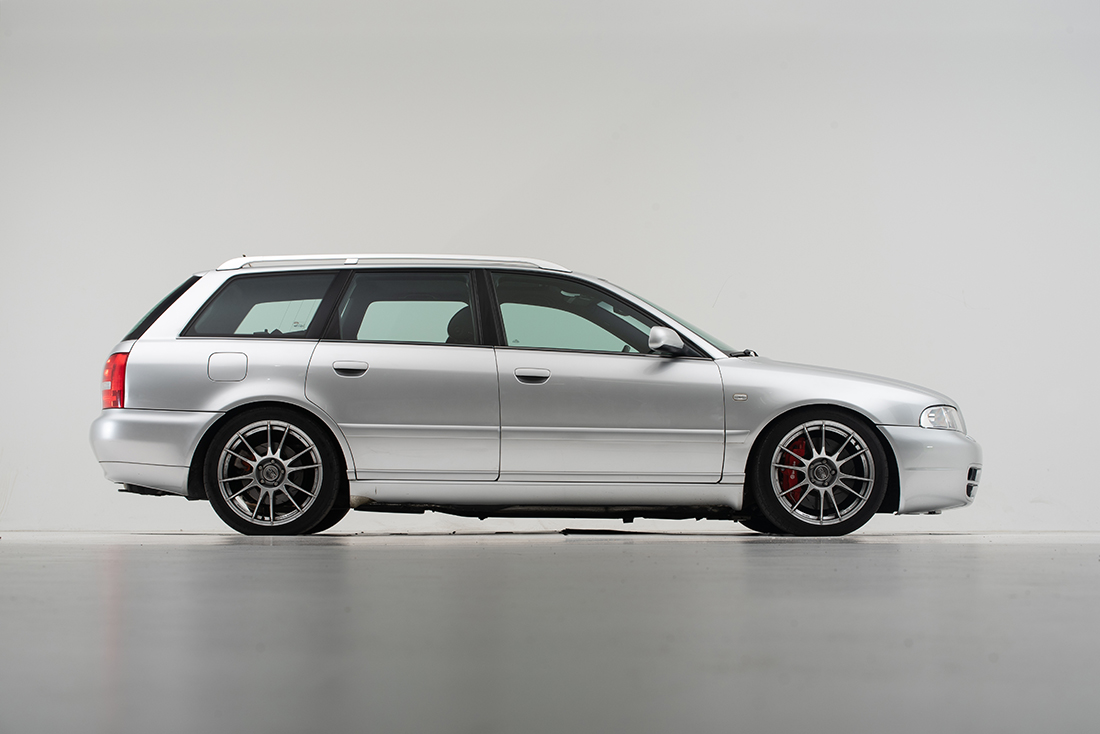 Thanks to the expansive car community to which I have been exposed here at ECS, I have been able to experience so many cars like Preston’s B5 S4 Avant and to appreciate them deeply. It is truly wonderful to be around enthusiasts who care not just for their area of interest but enough about the community as a whole to take time and share with people like me what it is they find so fascinating about those cars. The Audi B5 S4 Avant is an amazing machine, one that has forever imprinted upon me its wonderful driving characteristics, and Preston’s is possibly the most perfect example I have ever found. Maybe it’s time to make the switch from BMW to Audi and find an S4 of my own… 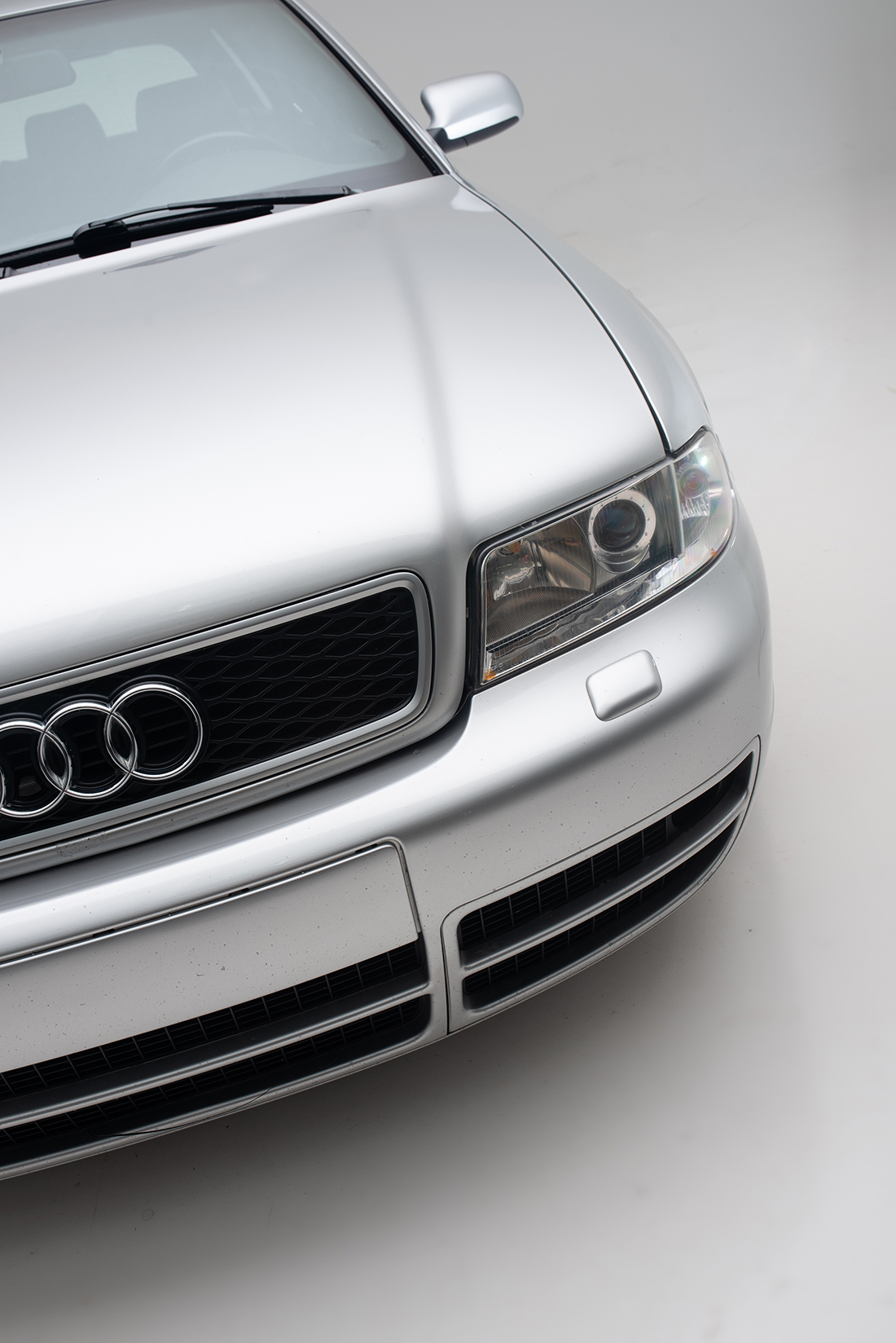