Perfect cars come in all shapes, sizes, and prices. In the case of Rocky’s 1992 300d Mercedes-Benz, it is perfect because it fills a need by being imperfect. You may have caught on that broken old cars are thematic to our blog lately, and you would be correct. We love old cars because they have stories to share and provide endless entertainment thanks to their quirks. Rocky, like the rest of us enthusiasts, is absolutely giddy about his atrocious Merc. This car is gloriously tailored to the purpose for which it was purchased, as I found out after spending some time behind the wheel. 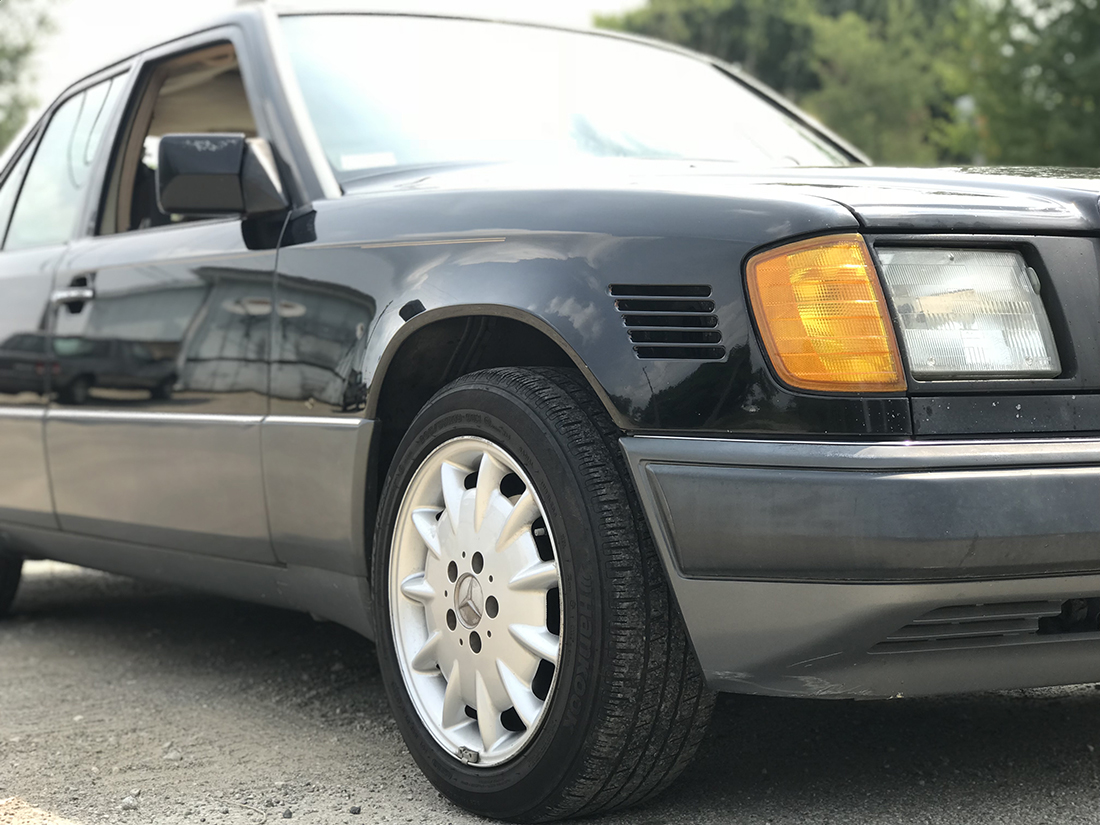 Having an old car is something of a love-hate relationship. While it may not start right up on the first few clicks of the starter, you know that just a little bit of love can go a long way towards keeping it running. This car, purchased as a winter beater, set Rocky back less than a few week’s worths of bar tabs. Naturally, it has some issues. Those issues are the reasons why it is such a lovable little tank. The imperfections that attributed to its low cost make it the right choice for Rocky to obliterate this winter with whatever northern Ohio can throw its way. 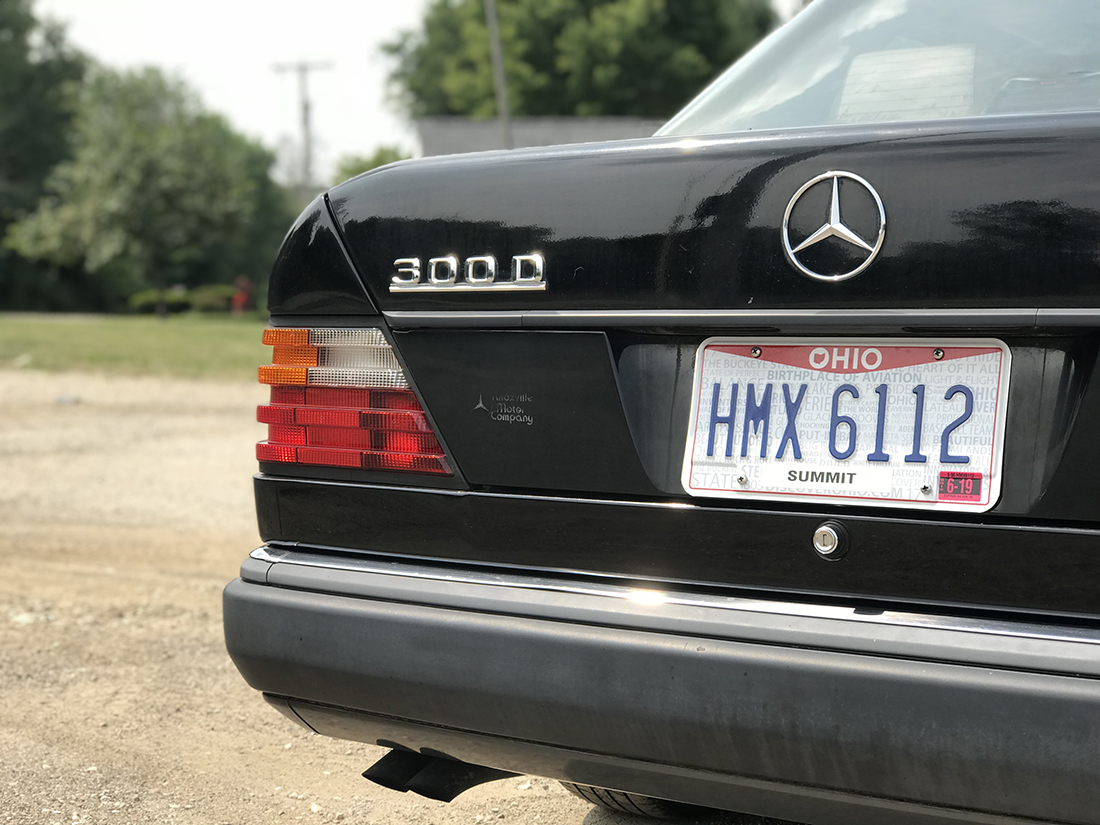 This 300d is an example of Mercedes’ W124 chassis which spanned over a decade and received a number of engines including the awesome AMG V8. Since this one is Diesel and carries the weight of hundreds of thousands of miles upon its shoulders, Rocky’s 300d is possibly the slowest one to ever exist. Which says something, considering the acceleration from the W124 in its most powerful trim could still be described as glacial. Jokes aside, the cushy W124 platform featured several innovations in their suspension and interior functions that became industry benchmarks thanks to their superb performance. The W124 also benefitted from the lowest coefficient of drag at the time of its release. This was likely Mercedes trying to squeeze everything they could from the monumentally slow car in order to help it keep up with its Audi and BMW rivals. Which it did not. 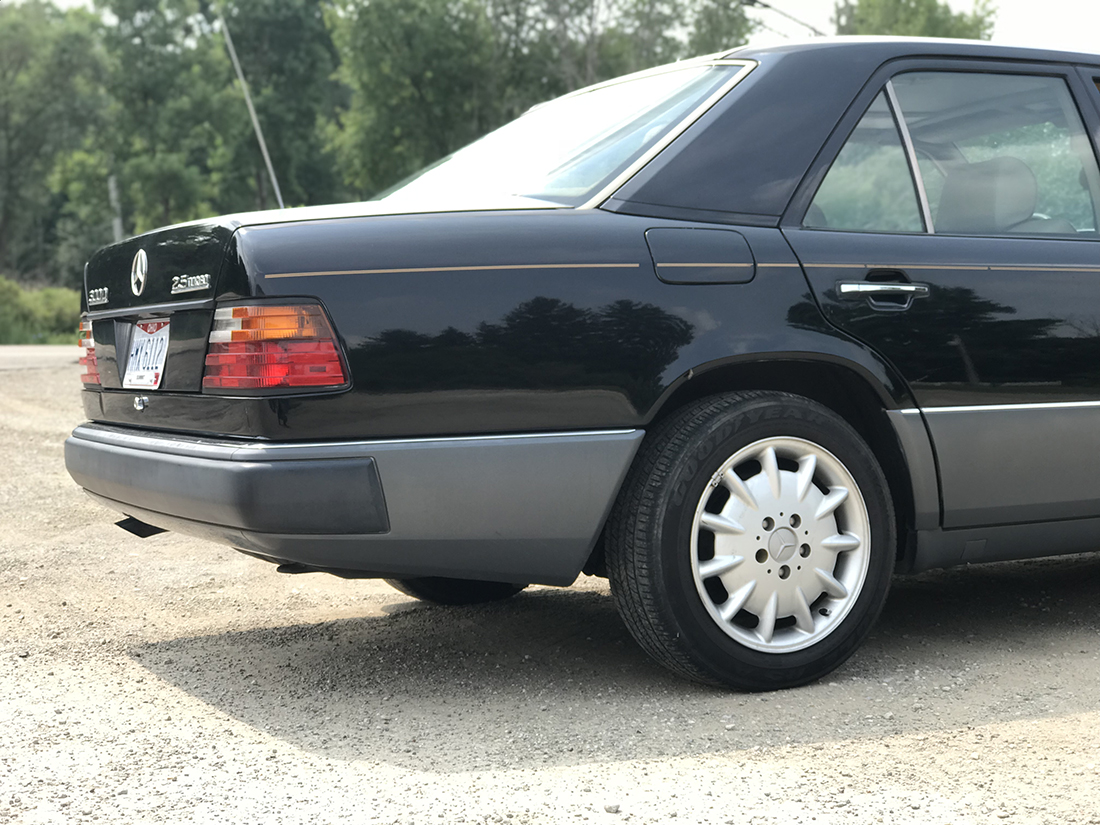 Despite all that, this car is still lovable. It is interesting with its suspension seats and massive steering wheel, which give the driver the impression of wheeling around in a school bus. The rumbling Diesel and faint turbo whistle complete the thought that maybe you are driving a Bluebird school bus, except this might be slower. The funky characteristics continue with the rest of the woodgrain-splattered interior, which resembles the inside of a house from a Wes Anderson film. It might be a requirement that Rocky invest in some tweed jackets. 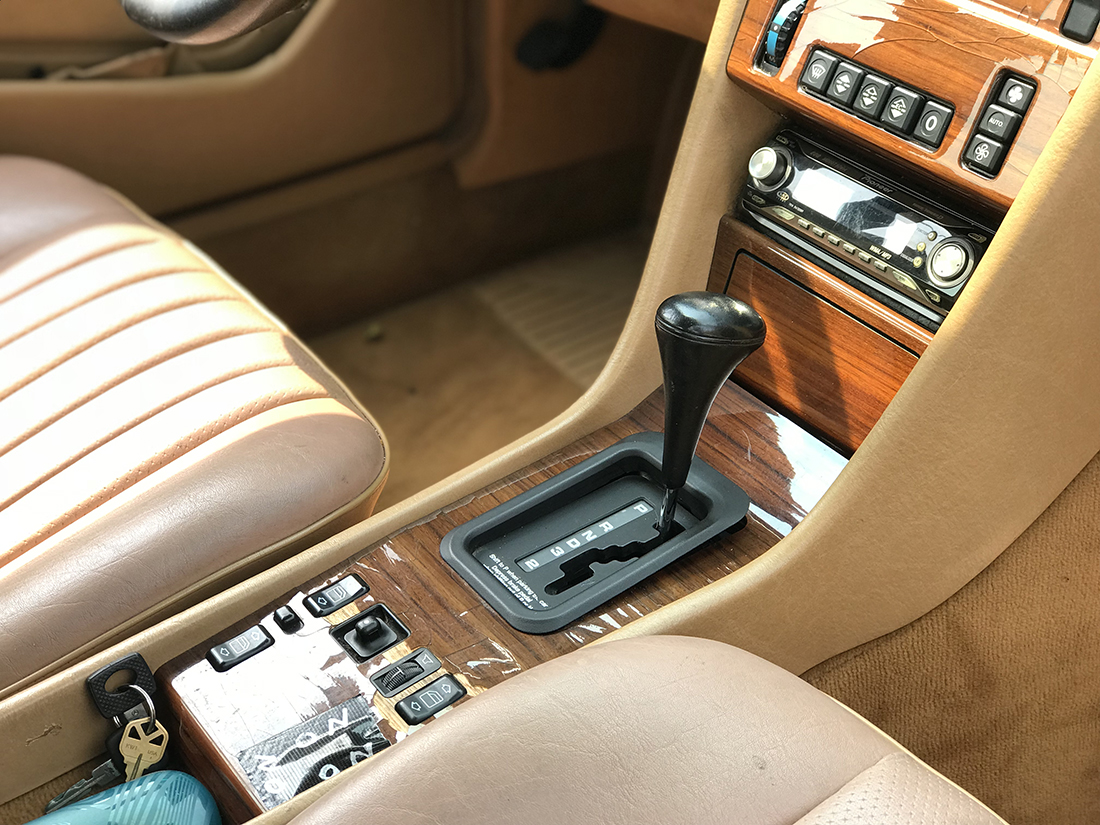 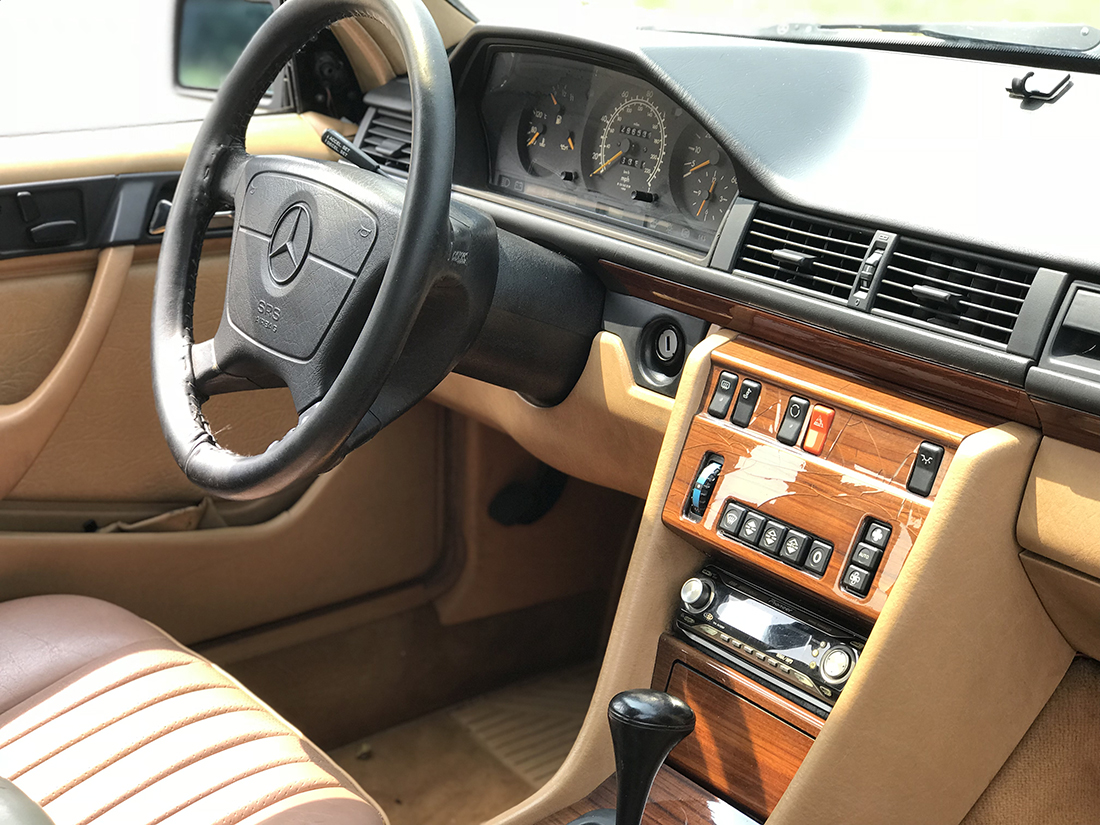 The interior truly does provide the most enjoyment from the car. The A/C works, front windows still have some life in them, and one speaker intermittently makes noises, so it might as well be mint. It is definitely good enough to transport Rocky in style, albeit, excruciatingly slowly. Since the interior is ‘well loved’, it should be no pain to drive through the winter with snowy and muddy boots trampling in and out of the coffee-colored carpet, which is exactly perfect. Once again, a winter sled cannot be something so nice that you consider not driving it, but it can’t be destroyed to a point that you won’t enjoy it. This 300d provides an excellent balance of comfort and brokenness that sits in the Goldilocks zone as a classy beater. 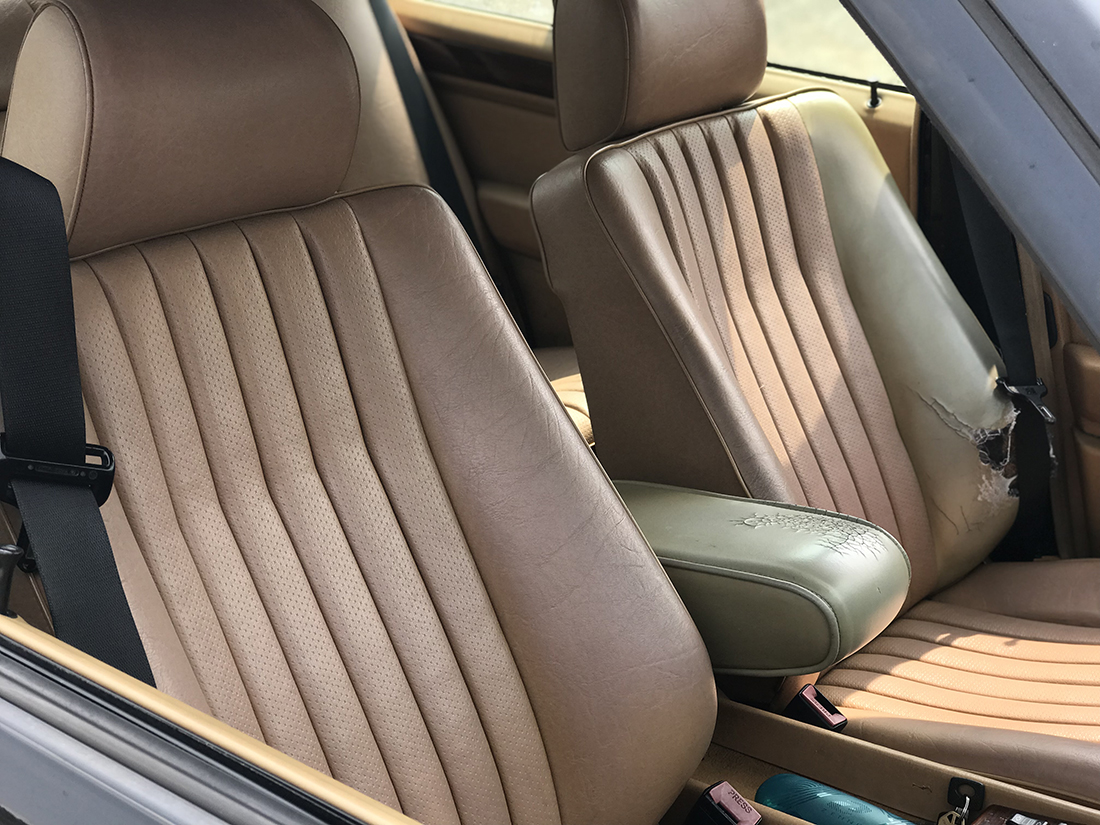 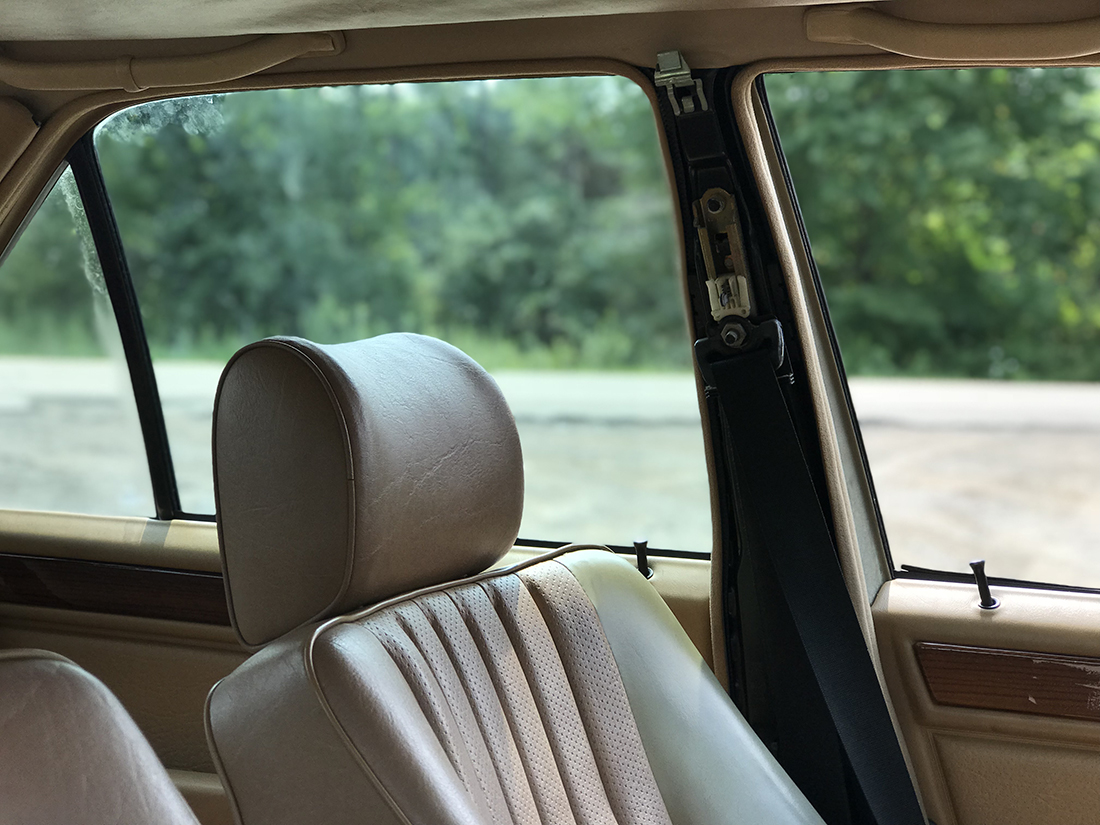 Beaters like Rocky’s 300d and Zach’s E32 are essential to the car enthusiast as they give us a ‘redundancy’ as one of our engineers like to call it. The more layers of redundancy you have, the easier life is when we constantly take apart our cars. In the cases of many of us, we prefer three or four beat up old classics over a single new car. At the end of the day, we always have something to drive and never worry too much about what other people may do to the car while we are out and about. Door dings? Who cares! 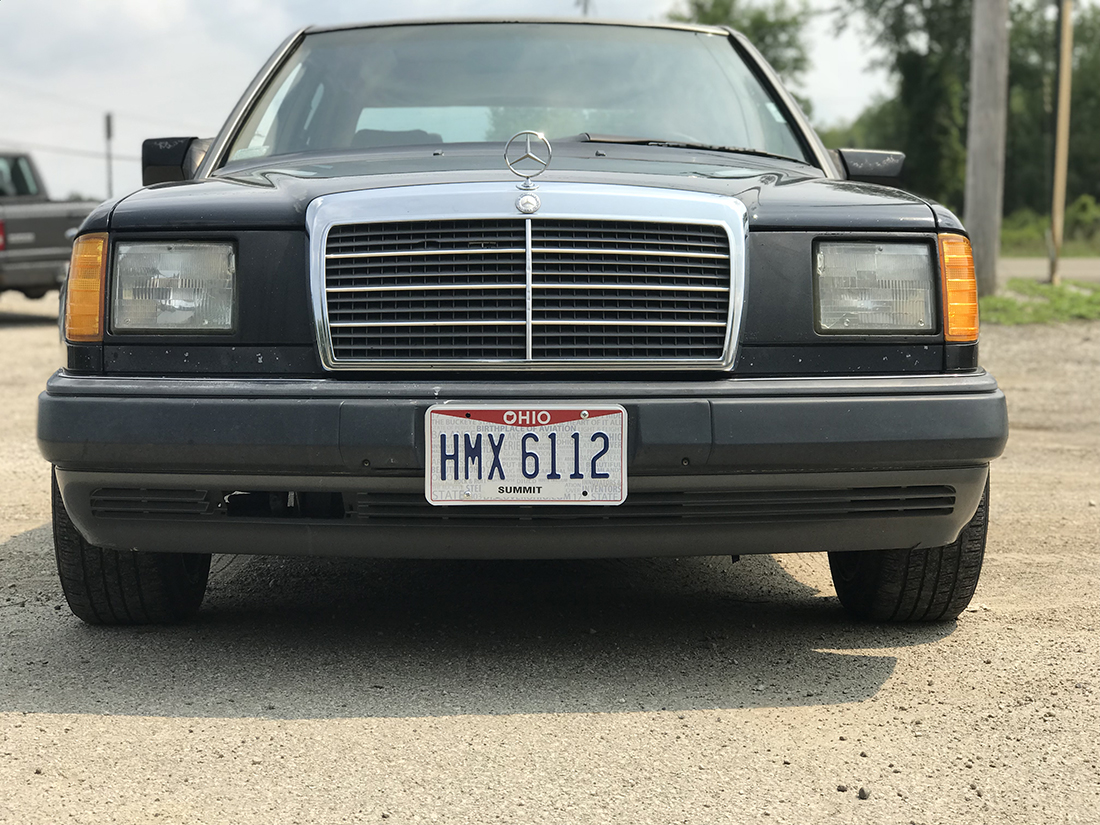 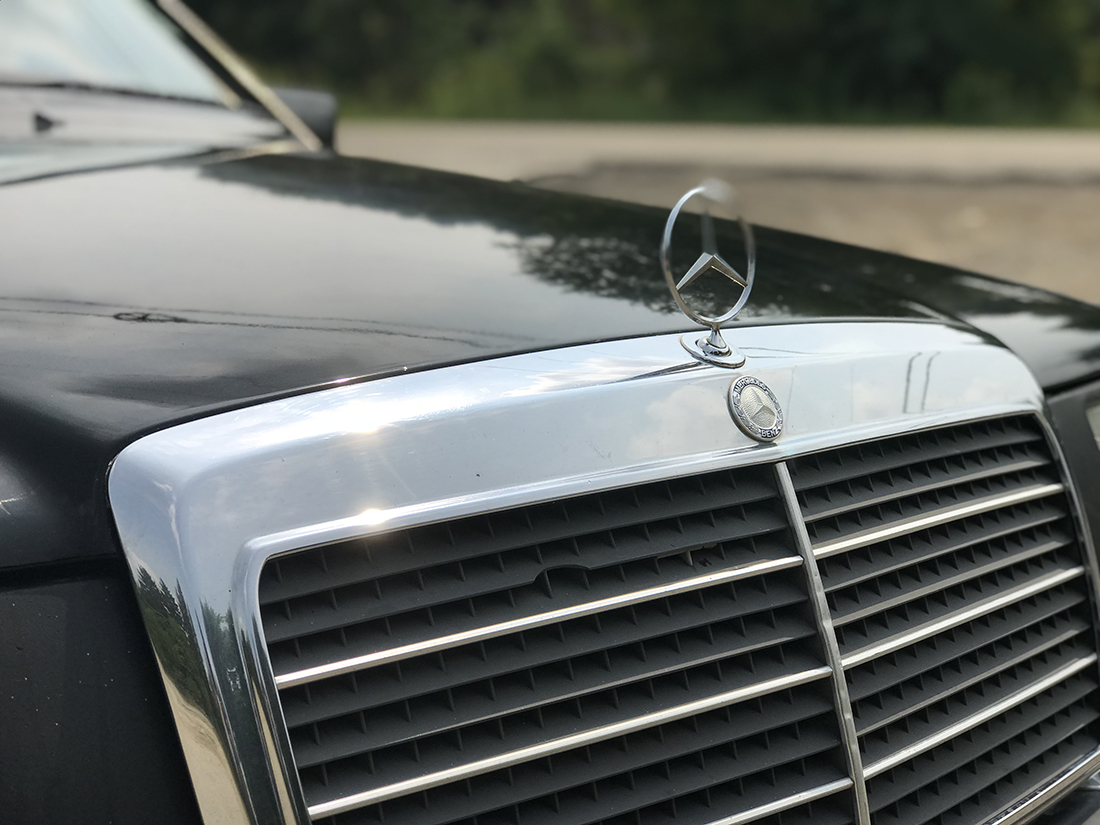 This 300d is an excellent winter beater and a daily driver, but is it the perfect choice? Rocky seems to believe it is, and after driving both it and the E32, I have to say I myself am undecided. There are positives in the corner of the W124 thanks to its plush seats and soft ride, but it is so unbelievably slow it almost seems like it can’t keep up with the rotation of the Earth. This car, the E32, and others as yet unannounced will be the main focus throughout the winter as we find out which beater is the one to have. If you think you have the perfect winter beater, leave a comment or send us a message so we can find out for ourselves whether you are onto something!