When winter comes, for those of us above the snow belt, we tend to put our fun cars away for those cold and salt-filled months to drive something more suitable to the conditions. Many enthusiasts play musical cars and switch out that garage space where their old, rusty, dependable beater sat and replace it with their race car, show queen, or summer cruiser, whatever that may be. In Rocky’s case, if you saw the first article on his new winter ride, this 1990 Mercedes-Benz 300D is his transportation of choice as we bunker down for what is expected to be a bitter six months. This 300D has received some service, new suspension, wheels, and tires to handle the conditions, but how it handles them remains to be seen considering what parts Rocky chose for his beater.

This is going to sound long and drawn out, so get cozy. Nothing about this endeavor is what anyone would remotely consider sensible, for many reasons that I will outline, but it makes me love the project more than I would if this were built to go to H2oi 2019. Before I can talk about what makes this car so absolutely ill-suited to its purpose (and inversely perfect,) we need to be on the same page about what a ‘traditional’ winter vehicle needs. 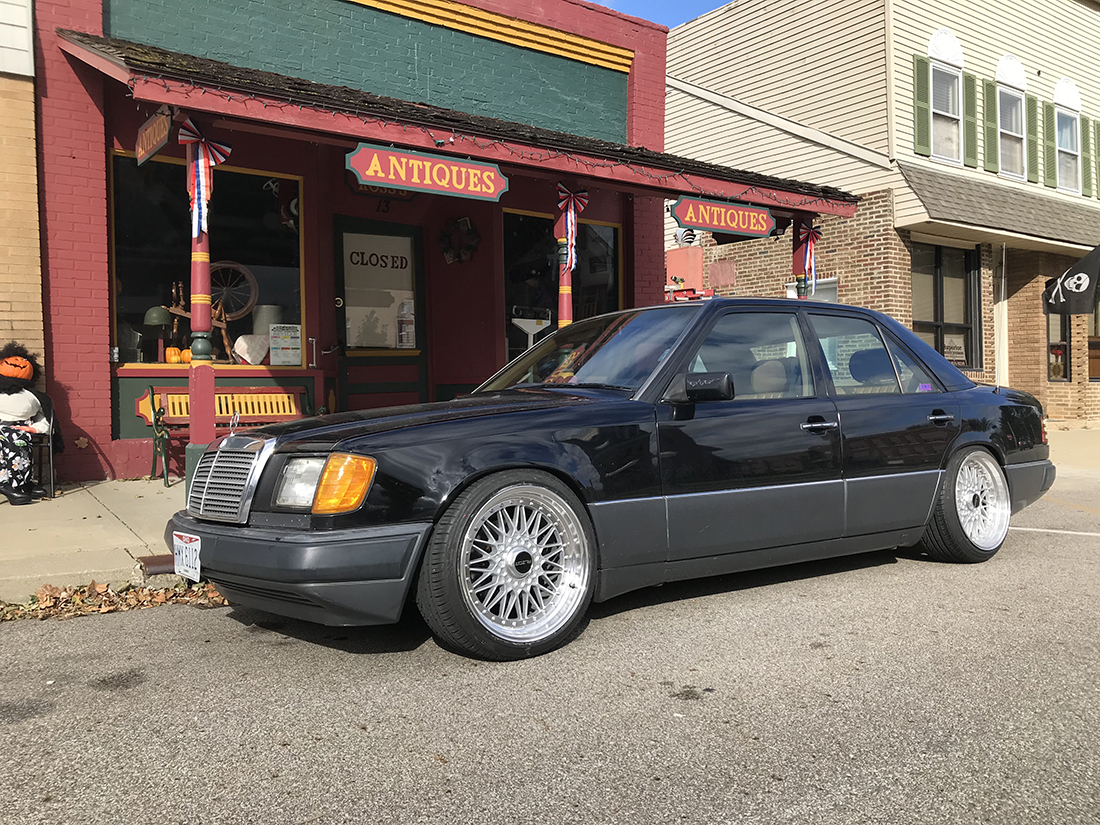 Sensible folks in parts of the world that see snow for a large chunk of the year have a few choices to make when it comes to transportation. They can have one car that meets their needs year round and doesn’t make them cringe when the salt truck passes, they can have a barely running sh*t box that doesn’t matter if it is covered in salt and snow, or they can beg friends with trucks to take them where they need to go. Obviously, for enthusiasts, having a second (or third, fourth, etc.) vehicle that is their dedicated snow car is the best choice. In Rocky’s case, he is at least using this old Benz instead of his R32 GT-R. This might be the only good choice he has made, however. 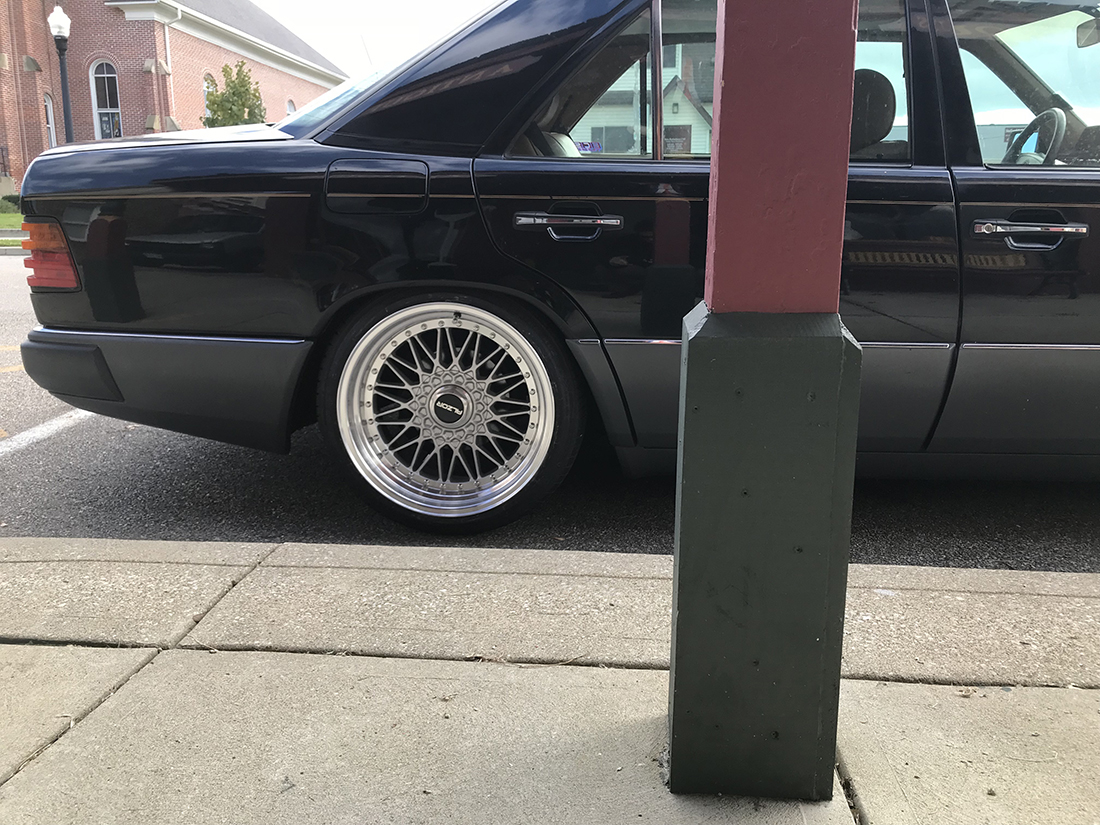 So what does that car need to have in the ideal situation? The best winter beaters are low-budget cars that don’t cause you to lament icy, snowy, salty, disgusting conditions and gaping, wheel-killing, potholes. They should be front-wheel or all-wheel-drive for better traction on slippery roads and should have snow tires on each wheel. The wheels should be ones that are not terribly important, as they will take massive amounts of abuse during the winter. Lastly, ground clearance is important considering unplowed roads may have up to a foot or more of snow covering their surface, possibly hiding things that would fight with your undercarriage in a lowered vehicle. 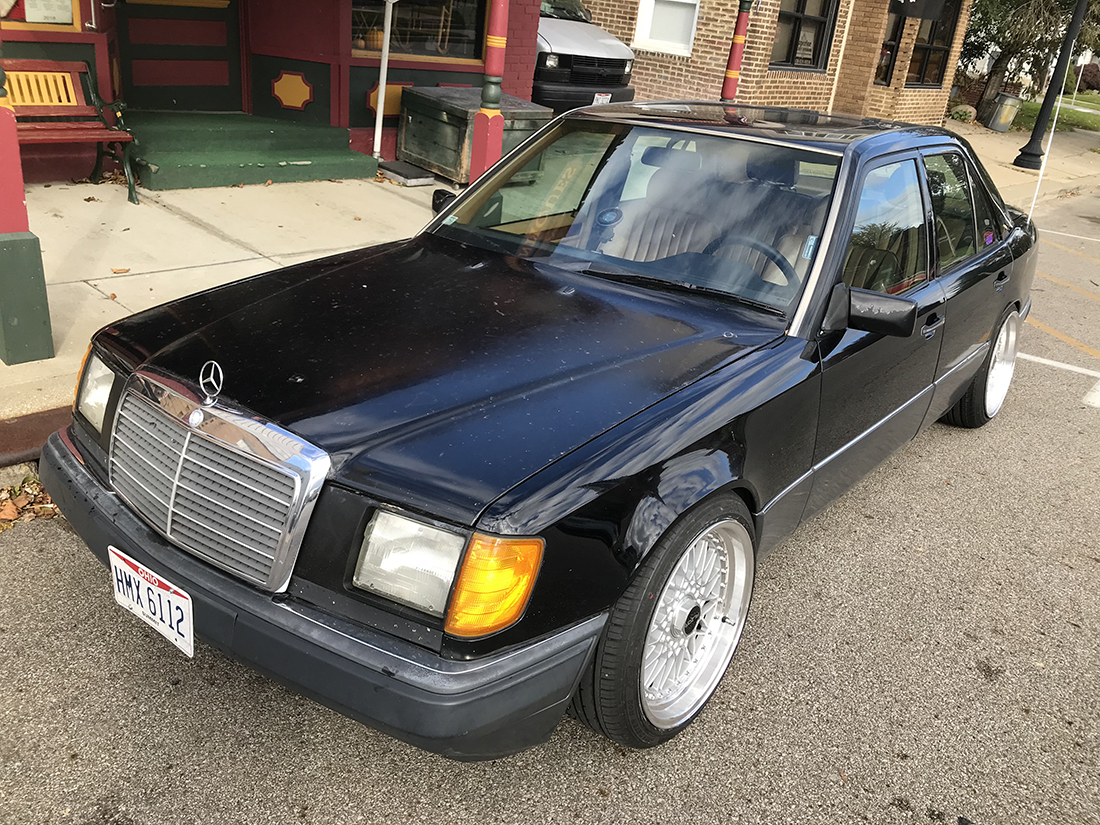 What Rocky has done with his Merc since we last checked in with him is, by all accounts, exactly the opposite. Actually, it’s more than the opposite. Rocky has taken his perfectly stock 300D, arguably already a passible choice except for its RWD layout as a winter beater, and made it possibly undrivable this winter. The W124 has received new wheels, tires, suspension, and basic service, but only the service will be of any use. In the place of winter tires, Rocky purchased the cheapest rubber band all season tires he could to stretch around some oversized Alzor 010 wheels that now kiss the rolled fender lips thanks to absolutely slammed-out coilovers from Maxpeedingrods (yes, it is a real company.) 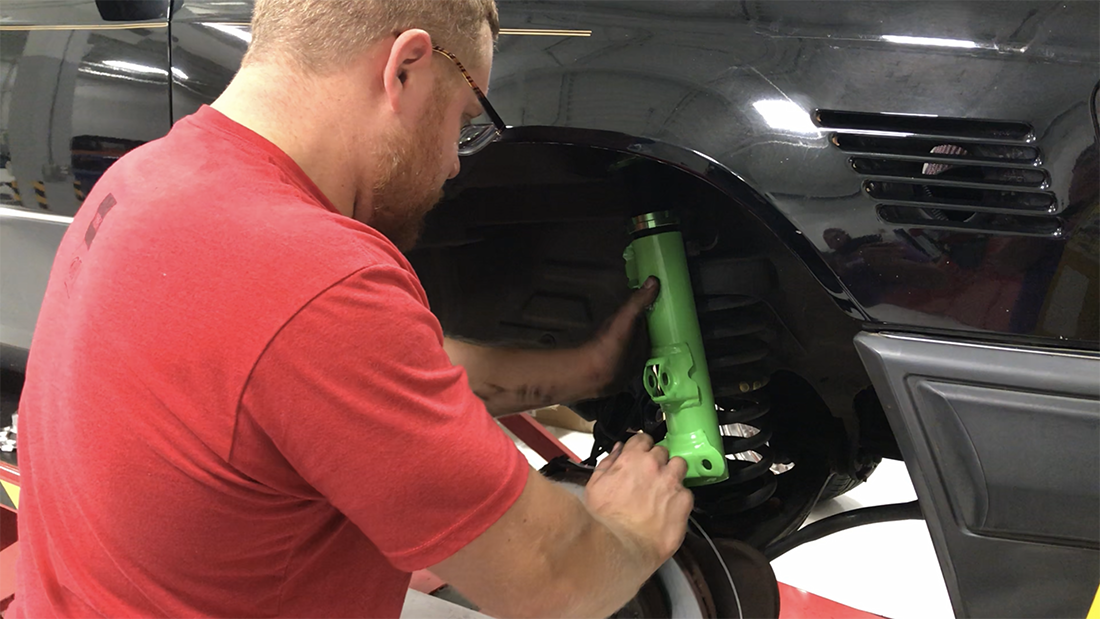 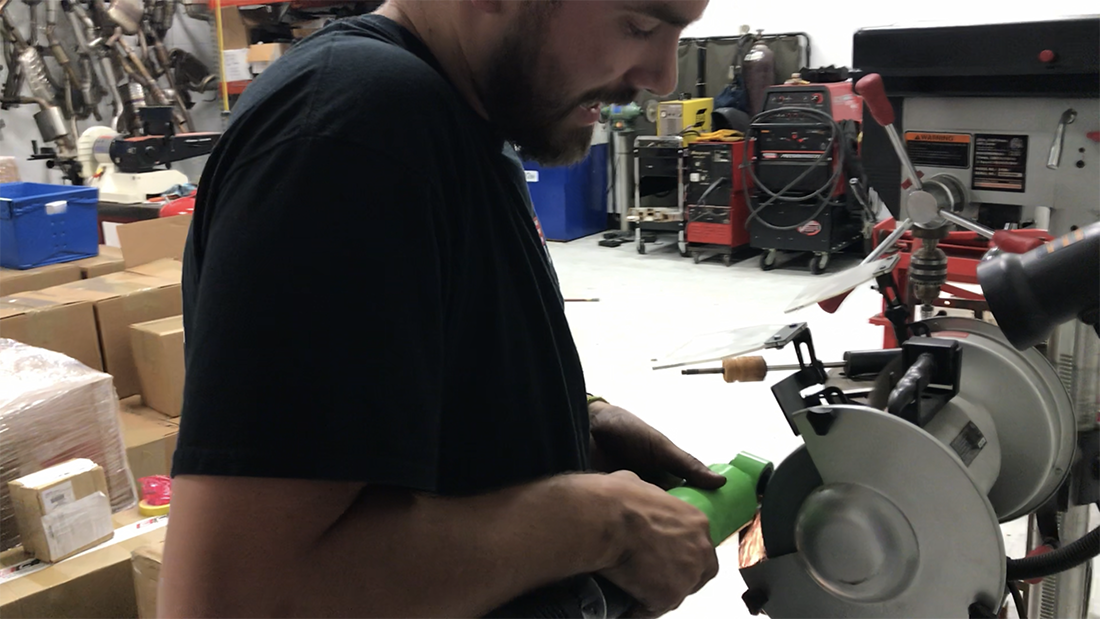 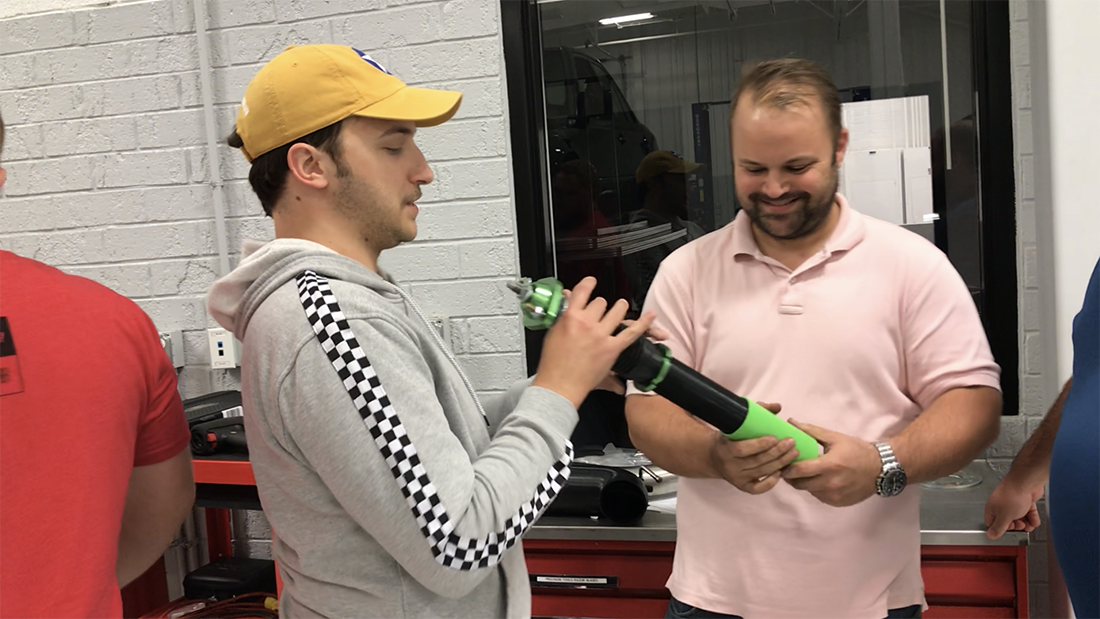 This couldn’t be any more opposite if it tried. Which Rocky did try. Those coilovers I mentioned that reduce the ground clearance to a less than ideal height aren’t even for the W124. They are the least expensive coilovers on the market… for a BMW E36. Naturally, they didn’t fit in the slightest. So Rocky, with the help of some other Winter Beater Challenge participants, cut up his perfectly good Merc in order to stuff the improper parts in the Benz just so his car could be less drivable this winter, despite the agreement that it has to be his everyday winter transportation. 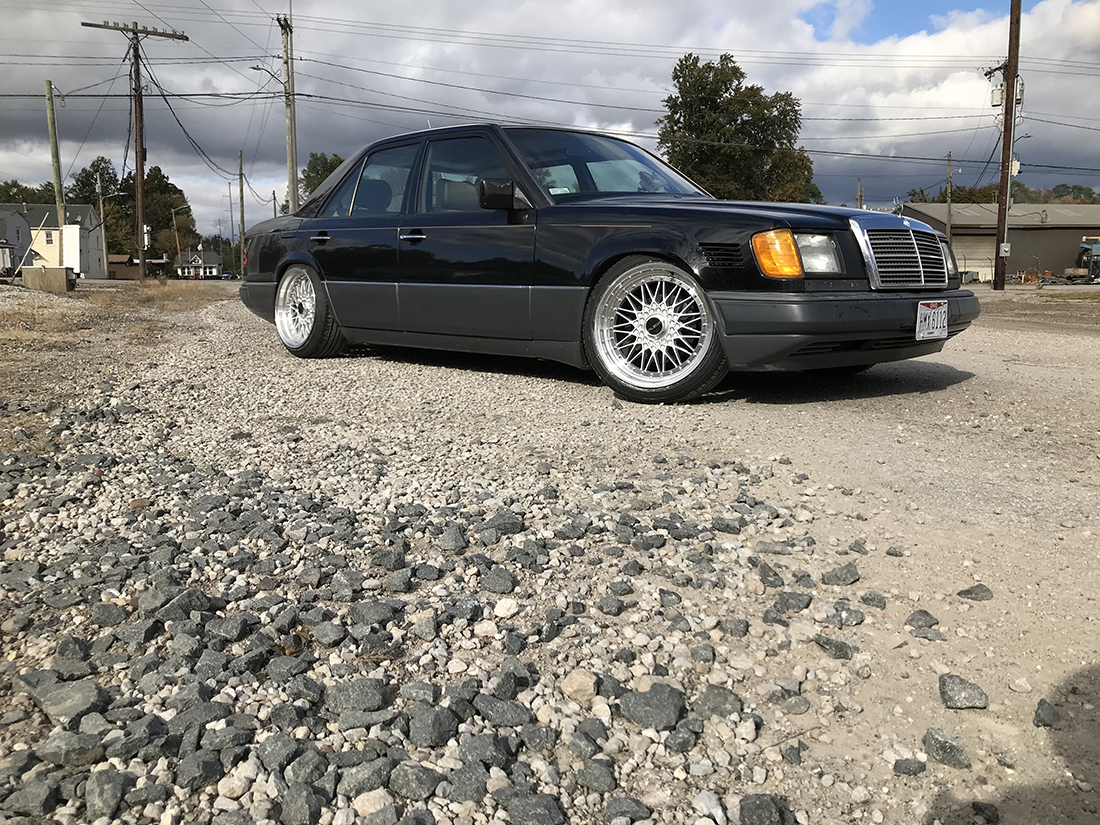 Two separate attempts, one unsuccessful and one (debatably) successful, were required to fit the BMW coilovers on this definitely not a BMW car. The first attempt took a full evening of work to determine that they would only fit and function if the strut tower mounts were cut and modified in the Benz and adapter plates made for the camber plates on the struts themselves. Additionally, because of the separate shock and spring combo up front on the Benz, the spring perches and gussets had to be cut from the body as well. This was a quick decision made during the second attempt that, after hours of cutting, grinding, and welding, yielded the results he wanted. The coilovers were ‘installed’ and the car was dropped to its final resting height of barely drivable. At least it doesn’t rub. 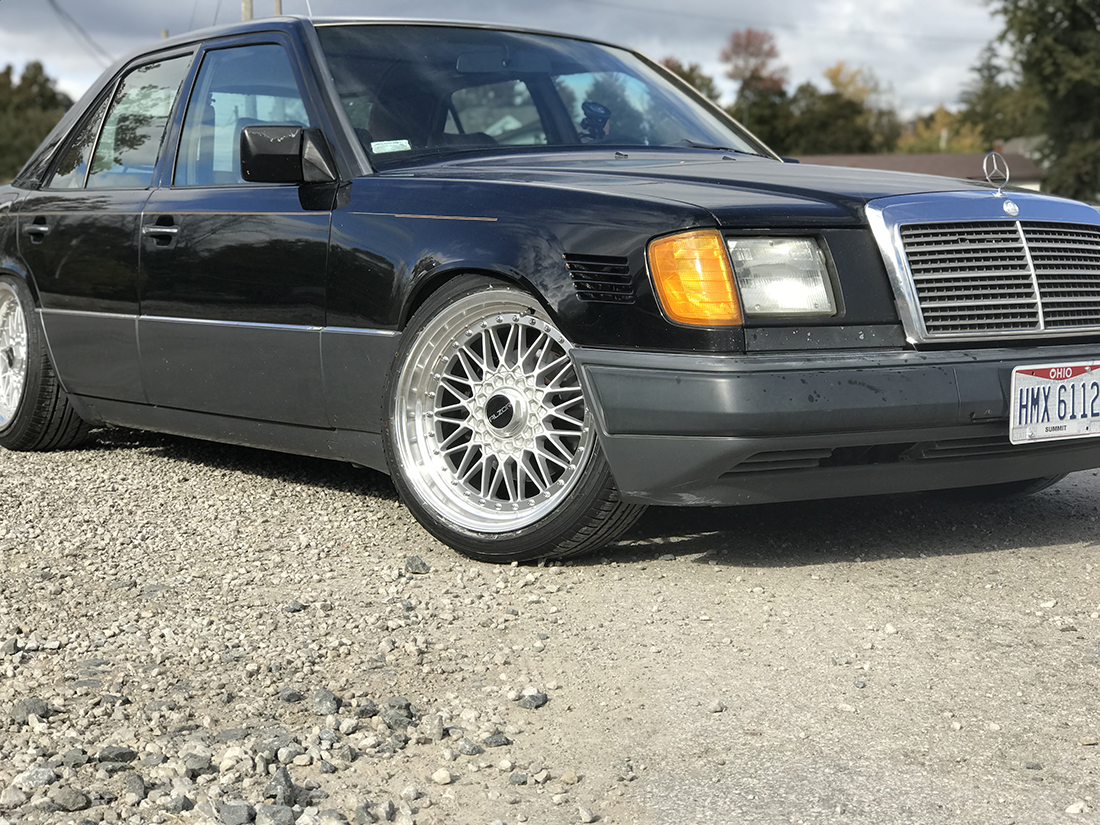 I say barely drivable because I was able to drive it. To my surprise, the car actually felt better. I have long been a ‘buy the best parts the first time and only do it once’ proselyte, but lately, my mind may have been changed. Nothing that has gone into the car, from the BMW E39 exhaust tube-turned Mercedes W124 intake to the chinesium coilovers, made me feel like better options were needed after I drove the car again. I had actually ridden in a built B8 A4 earlier in the day that was sitting on much nicer tires and a set of brand new KW Variant 3 coilovers. I barely noticed a difference during street driving between the two. Of course, on a track, the differences would make themselves known quickly as the hack-job Benz suspension would probably disintegrate if the car could even get going fast enough to do so. These, however, were the leisurely back roads of Northern Ohio and definitely not a race track. 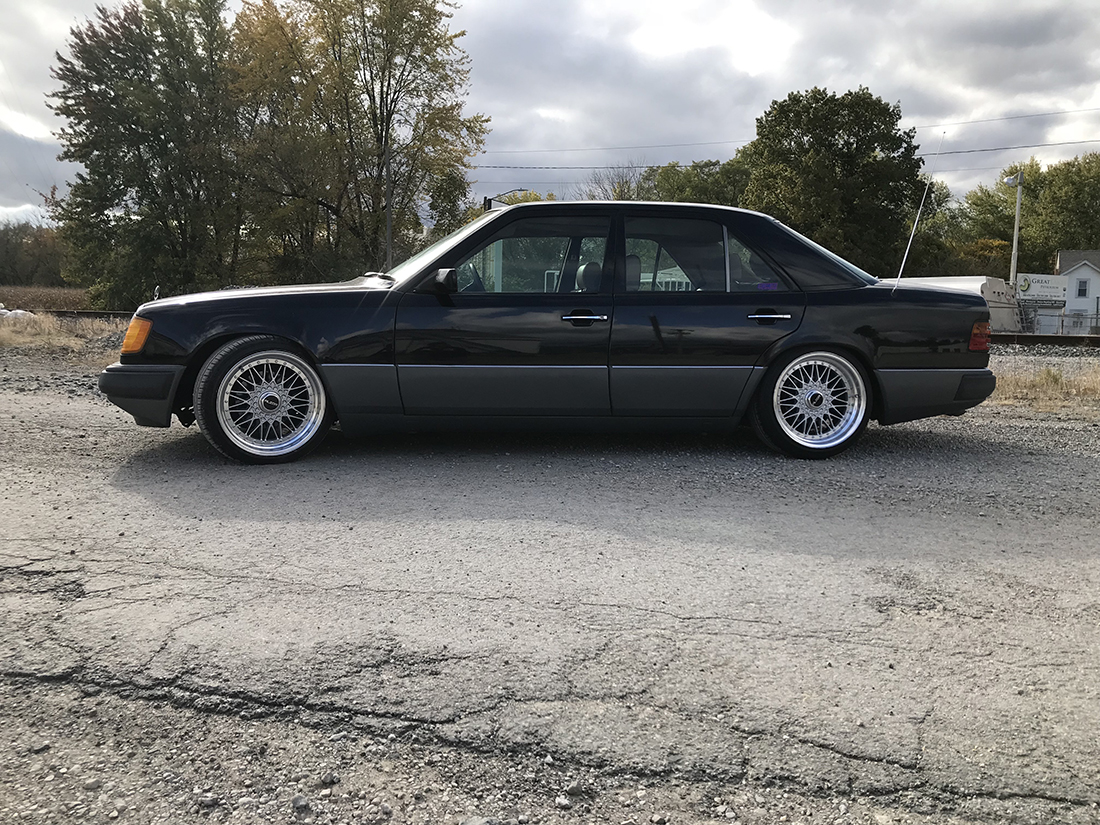 From the first time I drove the Benz until before I hopped in today, I didn’t think much would make the car behave any better. It felt good before, not great, but it was honest. It was a 27-year-old car that didn’t hide that fact, but still rode like a cloud and floated down the streets at a lazy pace fitting the small diesel powered Benz’s aesthetic. This go-around proved to be a surprisingly enjoyable trip thanks to what I would have previously called the wrong modifications to make. I took the W124 on roughly the same route as I did the first time and was immediately impressed by the smoothness of the tires and the tight but comfortable ride provided by the new suspension. I anticipated a jarring experience as I drove over small imperfections in the road thanks to the el cheapo coilovers and rubber band tires, but was pleasantly awarded a comfortable trip in a car I would drive from here back to Nashville without hesitation. Maybe Rocky is onto something by taking the extreme DIY avenue. 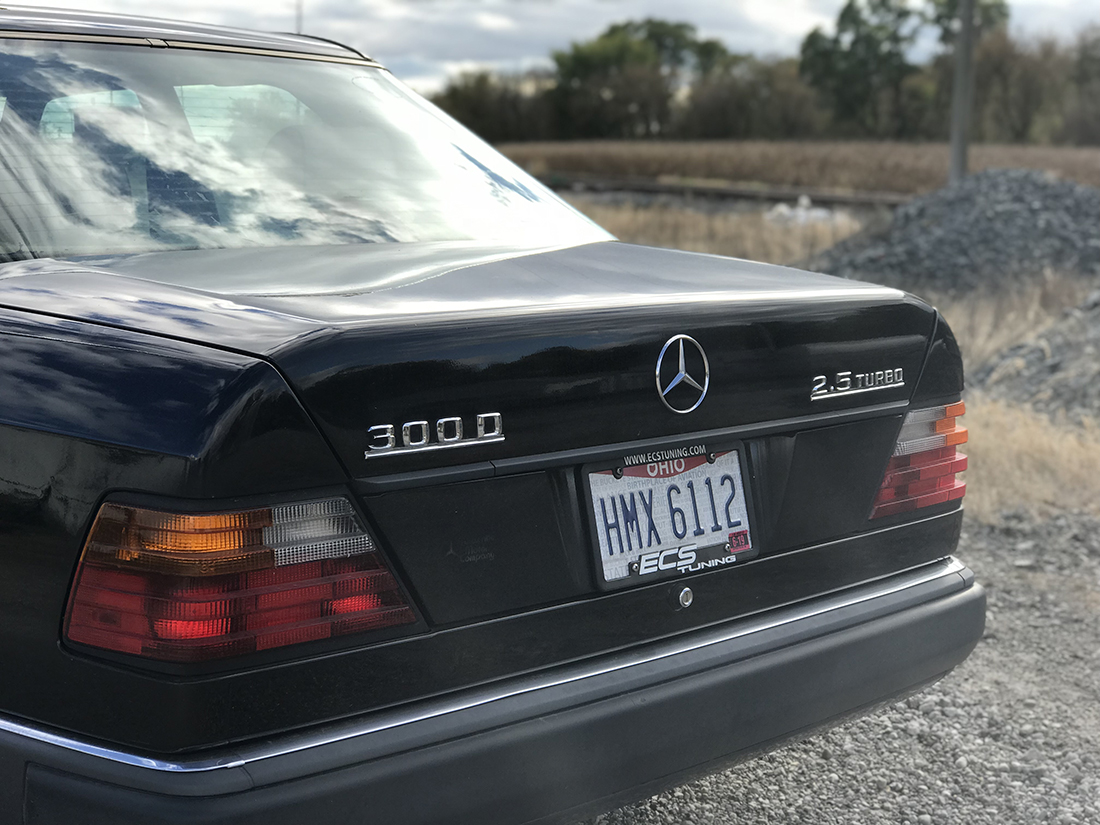 The W124 diesel is not a fast car by any accounts, even with the recent service and mild engine modifications, but I felt that its biggest drawback was an inability to maintain its speed before the suspension was installed. The point of coilovers is that they reduce the amount of wheel travel to maintain as much tire contact with the pavement as possible for better traction (in dry conditions) and drastically reduce body roll. The budget coils proved to be more than competent in this regard and handily improved the driving experience, especially around corners. With the much better handling characteristics, I did not have to leave the throttle pinned constantly to get the Merc to go anywhere after taking a slight turn. Before, the car felt like it could tip over if you even thought about taking a corner at any speed. This made me slow down enough that regaining that momentum took about as long as it did to get to the next corner. With the coilovers and wider wheels, I was able to keep the Benz’s momentum up and therefore off the throttle more since I lost less speed with each turn. Who would have thought suspension could affect fuel economy? 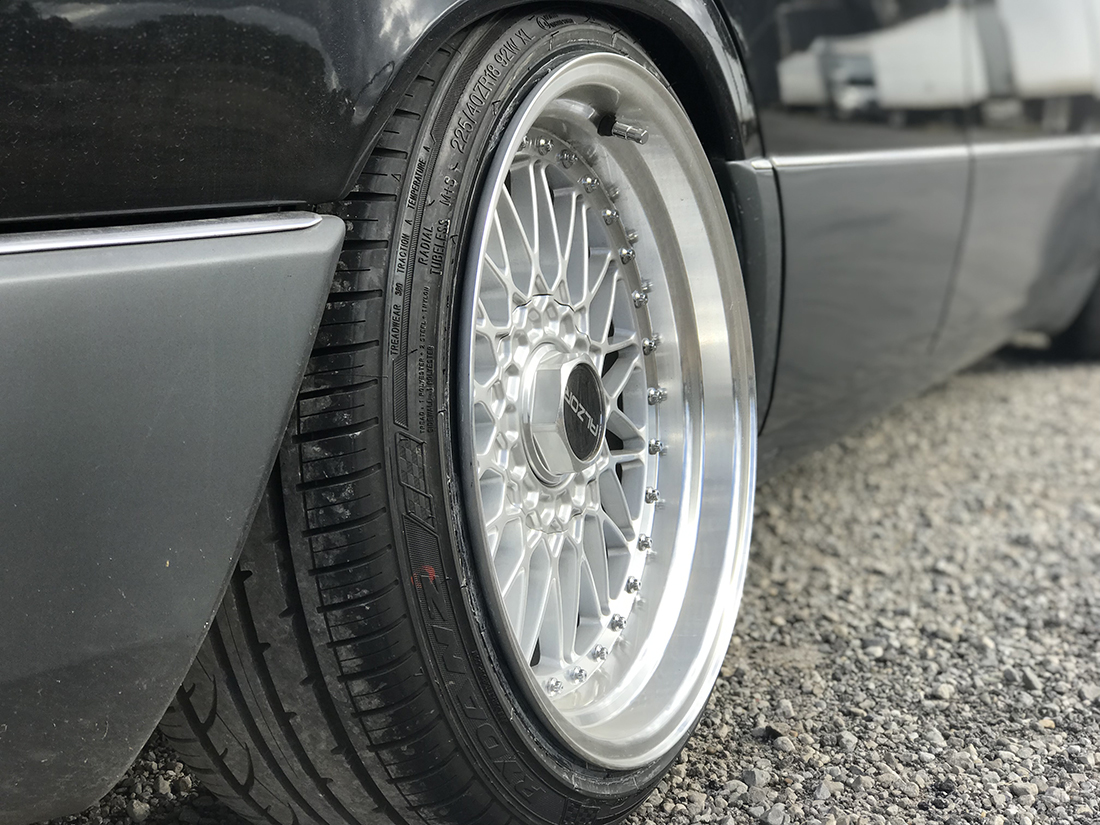 Overall, I felt that the Benz could have done worse than receive the budget parts that it did. While it would be a baller move to do the same thing with high-dollar versions of these parts, I can definitively say that it would be less enjoyable. With the car on nice looking wheels and ‘proper’ fitment thanks to its ride height, the same effect is achieved. The silliness of driving a slammed Mercedes diesel on all-season tires stretched to what is almost just a black band of paint around the wheels puts a massive smile on my face as I anticipate seeing it in the snow. 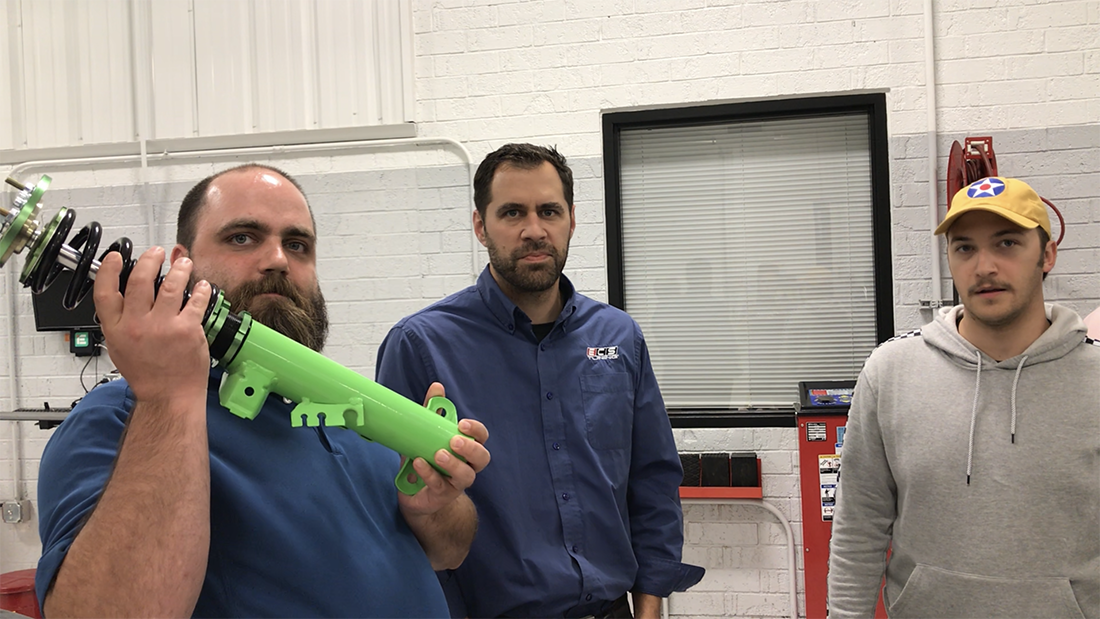 With my drive concluded, I took the W124 back to its owner and expressed my happiness that the car hadn’t been ruined by the incorrect parts for the car and budget accessories chosen over name-brand. While the car isn’t anywhere near being something you would look twice at were it to be in a meet, it is still something that you must agree looks good. You can’t drive it without smiling at the fact that you are piloting a 27-year-old Merc with less than 90hp and absolutely no ground clearance. Driving a low car is just plain fun. Using a car for purposes other than what it was intended is equally fun. When you combine the two, you are left with Rocky’s W124, slammed on the ground, and ready to prove that doing it wrong with purpose can actually be doing it right.