If you are looking for an unusual build with heart and devotion, here’s Mike’s build. Mike purchased this CL600 when it was nearly dead in 2015. He put over 850+ hours of work into it to make it what it is today. He began fixing over 40 initial problems from purchase and then later made over 40 modifications to it as well. Mike submitted his build to us in the 2016 Virtual Car Show and it was still in production. And now the World’s first rear mount turbo setup on this Model/Engine.

It all started when I went to go look for a “practical car”.  Out of the corner of my eye, I saw the V12 emblem peering out from the snow pile. I asked the salesperson what was under there and he replied “A piece of junk Mercedes”. I said I want to test drive it and after 2 hours of cleaning snow off of it and out of it I got my wish and limped it around on its test drive. I knew immediately that I was going to buy this car regardless of how neglected it was. I went to get a pre-purchase inspection and found out that it had $45,000 worth of repairs needed at dealership price. So, I bought all the parts needed and did all of the repairs myself which was a great learning experience.  Fast forward 2 years, 850+ hours of working on it, 70+ repairs/modifications, 1 Magazine feature (Mercedes Enthusiast), 2 broken bones, and an endless number of sleepless work nights…it was completed.  The once broken and abused CL600 is now the World’s First Rear mount turbo CL600 V12 M275 Mercedes-Benz…and it loves it. As heavy of a car, as it is, the engine and heart of the car has been unchained and is running as it has always wanted to…as a supercar engine just like it is in the 1st Gen Pagani Zonda’s.

I have completed several projects on the car that either no one or only a couple of people have attempted (some of which I helped). For instance, the car originally came with a hydraulic suspension system called ABC. ABC was great unless something went wrong and that was an unfortunately common occurrence leaving you stranded. I decided to convert to coilover suspension and retrofit a non-ABC tandem steering pump and completely deleted the hydraulic system. From there I decided to install a Nitrous Express system. This was tricky, as was every project because there is NO support or DIYs for these vehicles. People are afraid to change the 24 spark plugs the car comes with, let alone what I was doing to it. After successfully completing some passes at the drag strip on nitrous, I still was not happy with the way the car’s power fell on its face after the first couple thousand RPMs. I knew a turbo upgrade was needed from the small stock twin turbos…but what could I do there was no room and heat soaking was already a serious issue.

After researching for a few months I decided that a rear mount 78MM Borg Warner turbo would be the solution, I just had to figure out how to plumb everything, supply oil, and get the engine to play nice. I contacted Eurocharged Performance for tuning advice and decided they were definitely who I would be working with. After acquiring some sponsorship opportunities from Toyo Tires, Eurocharged Performance, Glowshift Gauges, APEX PERFORMANCE TURBO SYSTEMS, and a few others locally the build got underway! With the help of a friend, I was able to remove the stock turbos without pulling the engine. From there I was able to remove all of the stock turbo parts, vacuum system, ignition system, and exhaust.  I installed the SLR McLaren Mercedes-Benz upgraded 722.6 valve body springs, solenoids, and the Eurocharged TCU.

Once I was able to get the car stripped, the fabrication began!  I used 2000-2002 non-turbo CL600 exhaust manifolds (inverted and flipped around to fit) to start my custom exhaust layout.

I welded all of the custom bends (which proved difficult on a V12) followed by the mid piping and to the trunk’s T4 flange. I used 2.5” piping leaving the engine and merged to 3” piping staggered in the back and heavily wrapped to keep the air hot going to the turbo. I used a TiAL 44mm wastegate paired with a GReddy electronic boost controller and a 4” single split exhaust leaving the big Borg. The turbo was mounted and welded the framing into place for the plexiglass trunk basin. Next, I designed the best oiling system I could think of for the rear mount turbo, which was a standalone oil reservoir in the trunk. This consisted of the reservoir, an oil temp sensor a feed pump from Turbowerx, a check valve, a pressure sensor, a sump pump (matching Turbowerx pump), another check valve and pressure sensor, and lastly an oil cooler all of which is the trunk. At the front of the car, the engine bay received a much better water to air cooling system and polishing since you were finally able to see the actual engine.  I am hoping to hit my goal of 1000 HP this year and will be doing so after a cross country Rt66 road rally in August.

After 5,700 miles of driving in 11 days, I think it is safe to say that the World’s First rear mount turbo CL600 w215 M275 build was a complete success, despite having little to no pre-trip testing. I was thoroughly proud of the Benz after its journey. There is a special bond that I have made with this car and making it drivable across country was a memory of a lifetime that cannot be replicated. I was nervous and did not know what to expect having changed so much this year and doing all of the work myself. Over 50-60 projects later and the car took the whole trip in stride. It was happy at 75 on cruise and it was happy chasing down an LS nitrous equipped Camaro to speeds well above the “pegged out” limitation.

The car survived the 116-119 degree F heat of Death Valley and the Mohave Desert, but also the 11,000+ foot elevation change in Colorado. The beast enjoyed the New Mexico roads that seemed to expand endlessly into the horizon and also the sharp twisties through Oatman Arizona. In Santa Monica, California, the Nasty V12 gained the looks and photos of many passerby’s, but it also gained attention the night before racing into LA from the mountains. No matter what beating I gave the car on this trip it seemed to take it and then returned the favor with G forces.  The only issues I ran into were a stone chipped windshield, a shattered fog-light (removed), and a leaking oil return line in the trunk that I had to replace in New Mexico.  The emotions when I was driving home the last 2 minutes were strong. I listened to Odesza “Say My Name” and enjoyed the amazing and beautiful V12 soundtrack. Upon parking the car in my garage and sitting there letting the oil circulate a bit more before shutting it off, I realized something in my heart…I realized just how incredible these machines truly are and also how much magic / amazing memories they can bring to your life. 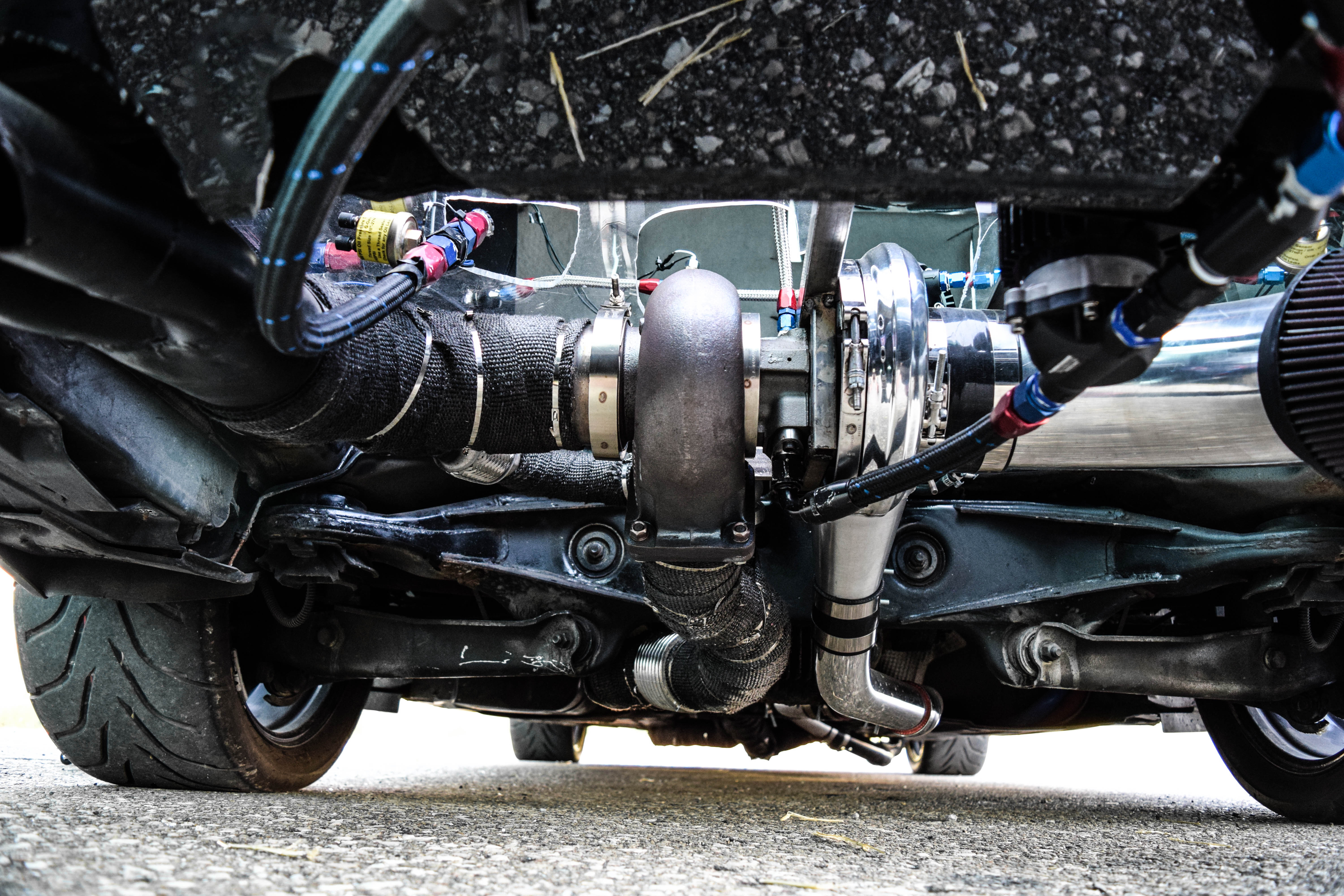 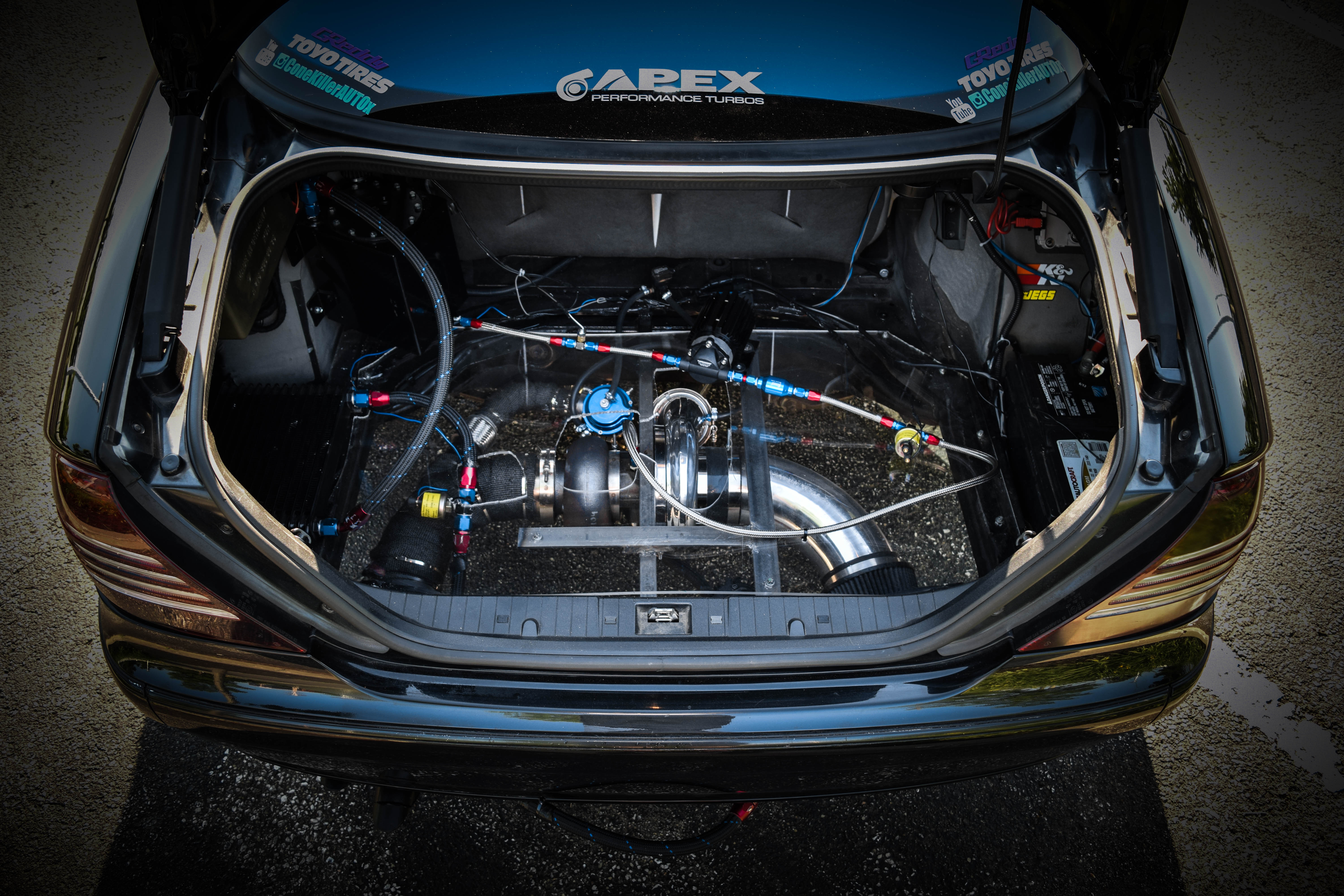 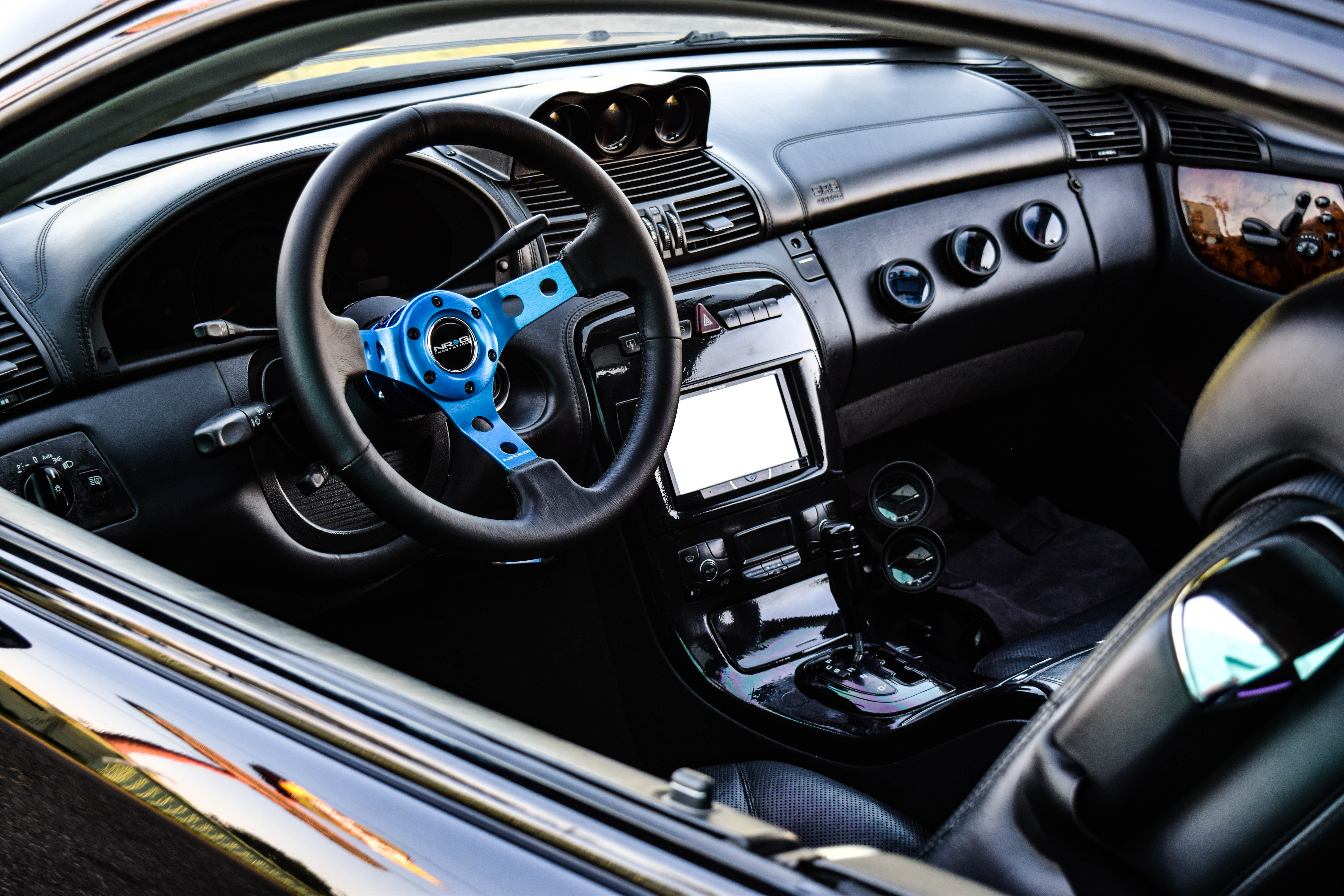 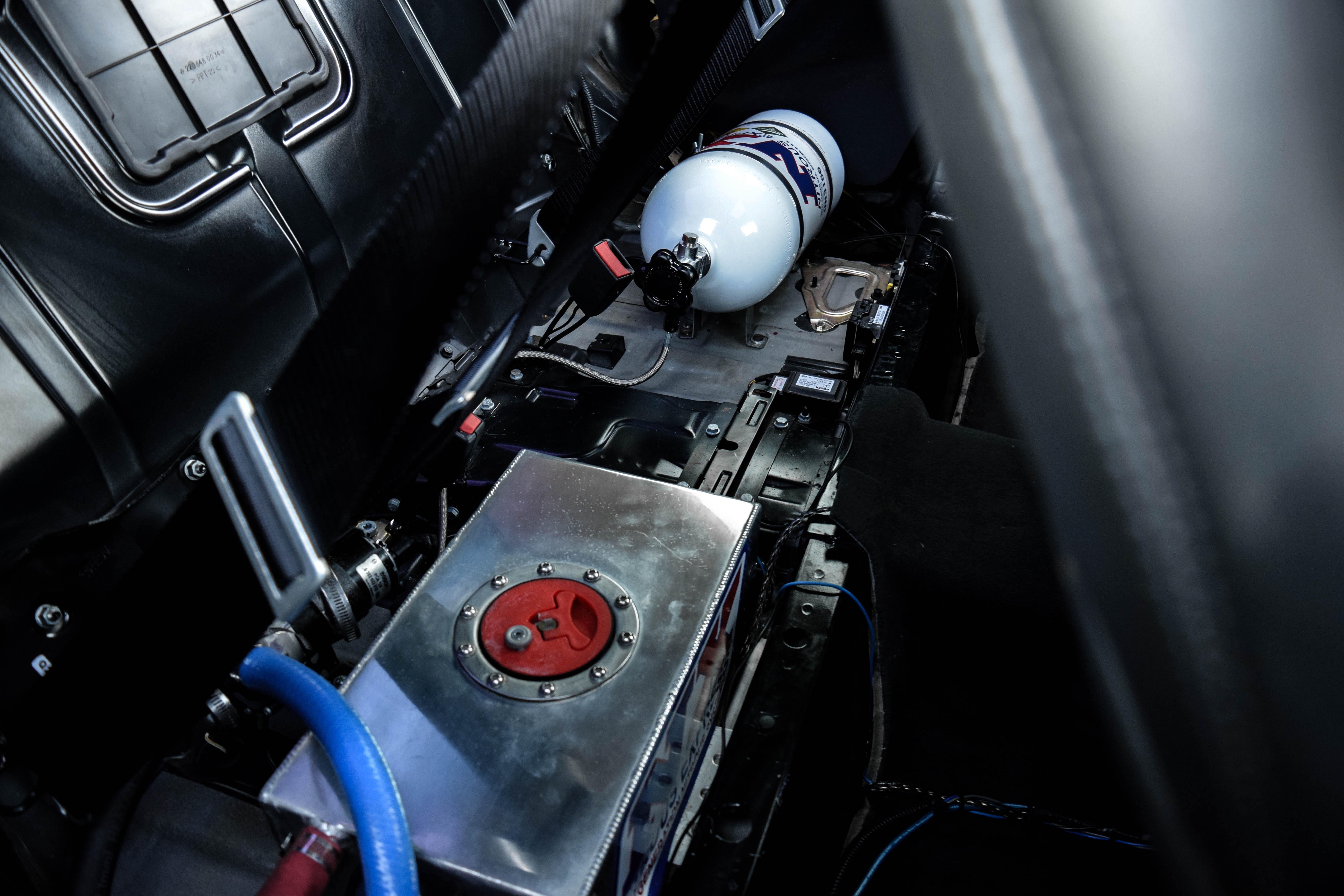 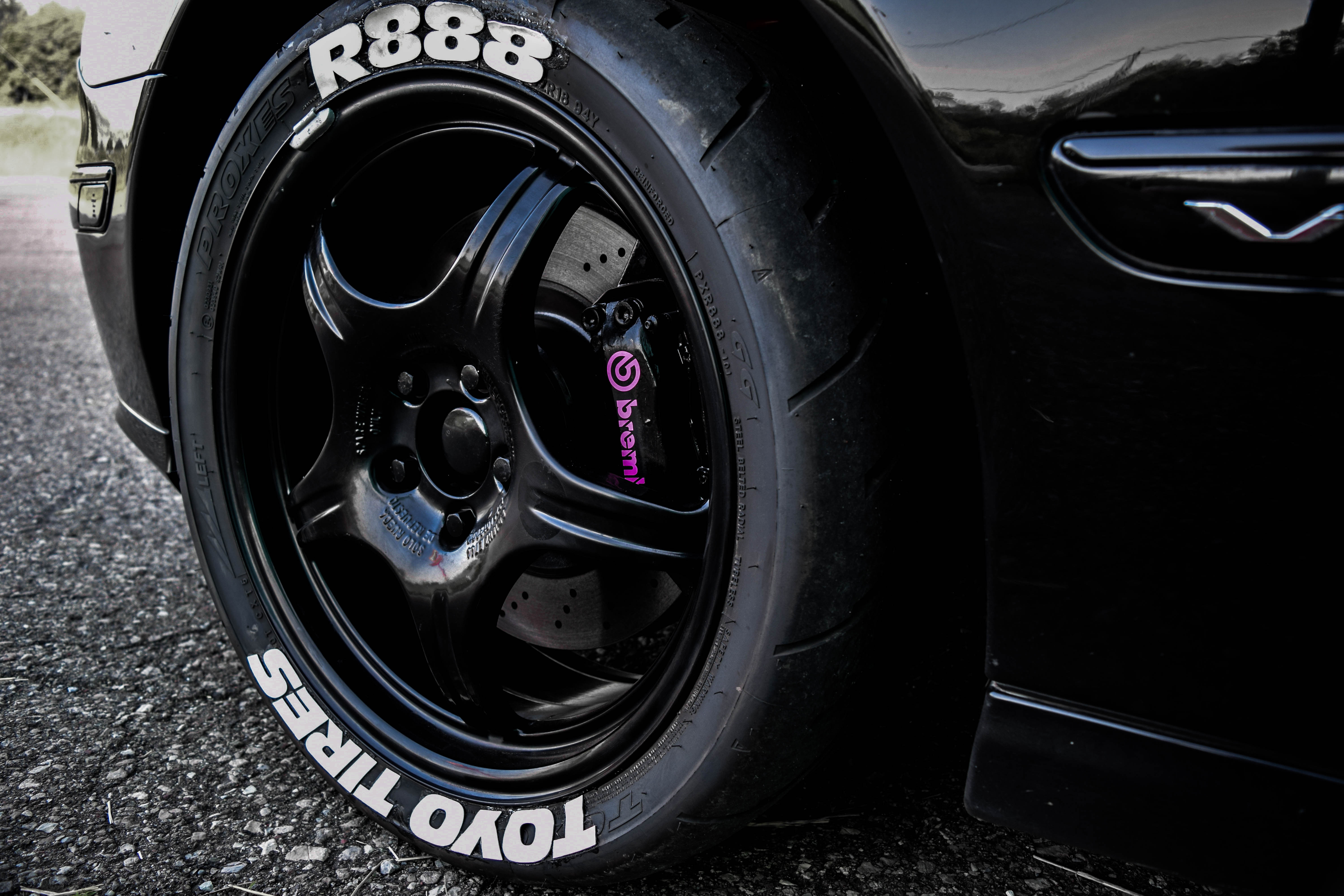