As an automotive enthusiast and journalist, my life revolves around cars. Part of the auto-centric existence I lead is occupied by hours spent in amazement of what this past time represents to me and others. While I do have other interests like writing, for example, no hobby is quite as curious as that of the car enthusiast, especially the world of vintage cars. Those who dedicate their time to vintage and antique cars are truly a different breed. I have recently begun to view the hobbyists as caretakers and stewards of automotive history since their passion requires this full-fledged allegiance to indexing all sorts of eclectic knowledge and history. Their dedication garners true respect in the car community that comes with the territory of driving a classic car. When these special enthusiasts come together under a common goal, the results are always spectacular. This past week offered the east coast one of those magical events, which I was fortunate enough to attend driving my own personal vintage BMW. 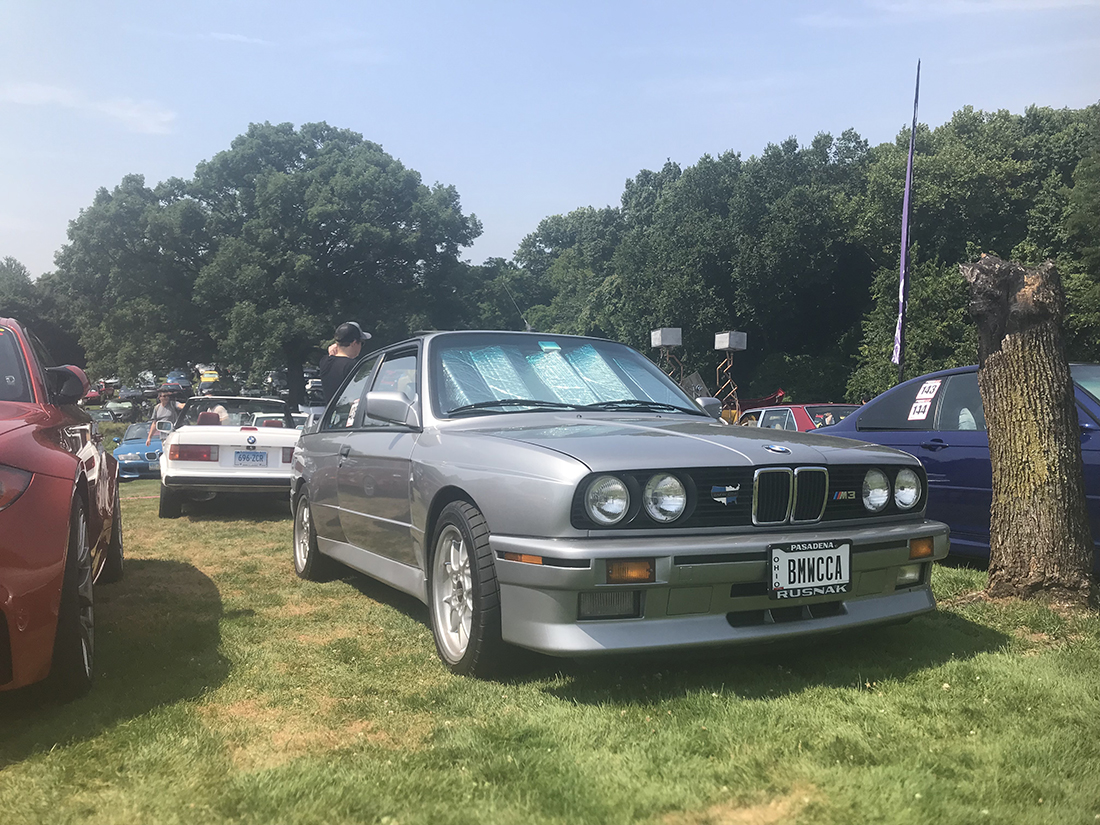 The Pittsburgh Vintage Grand Prix and BMWCCA O’Fest 2018 took place in Pittsburgh, Pennsylvania, which brought together an astounding crowd of these hobbyists who were eager to share their passion while they enjoyed imported beer and wheel-to-wheel vintage racing.

Before I arrived, however, I was reminded of a quirky aspect of vintage car ownership. With vintage cars, you become accustomed to plans changing as a result of your car. Last-minute suspension tweaks and a quick DIY alignment made me more cautious than usual, so I decided to take extra time in the morning before leaving Ohio to pack my travel tools. I have learned in the years of owning this car that whatever you don’t take with you will be what you need, so why not bring everything? Although some might consider these habits a nuisance, this is something I rather enjoy. I liked it more when I noticed so many other vintage BMW owners at the event with extensive toolkits open and used as they repaired something from the racing or cruises hosted along with the event. The requirement that you bring tools for any long stretches of driving is a part of vintage car ownership that is often exciting for me. As a kid, I always imagined myself as Han Solo fixing the Millenium Falcon. Now, I feel this similarity between the smuggler-turned-hero and his character basis which was that of the hot-rodding bootlegger. The self-sufficiency and favoritism of pleasure over convenience is what makes driving these cars more engaging and rewarding than picking something new. 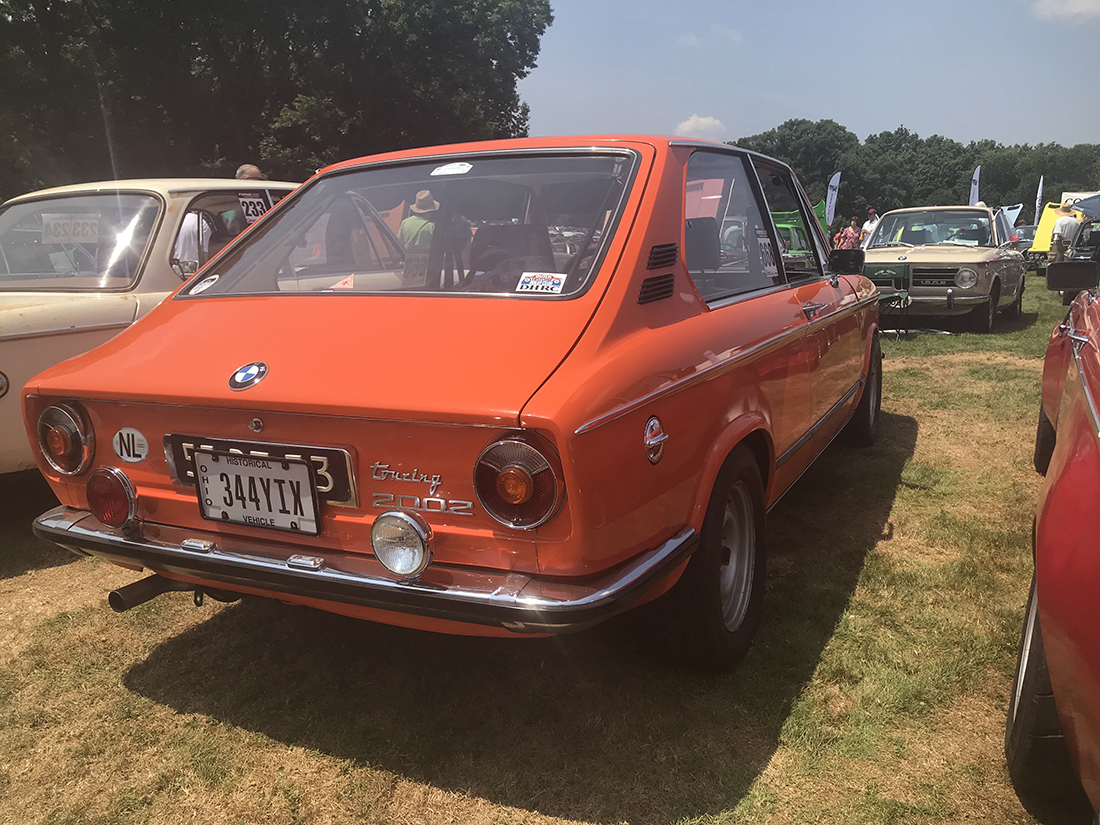 After I packed the whole contents of my garage into my E30’s spacious trunk, I could finally enjoy a top-down cruise to Pennsylvania. The drive to a show is always a huge moment of anticipation, and this time was no different. I had never been to the Pitt Vintage GP or to a BMWCCA O’Fest, so I was quite eager to see how many enthusiasts would attend. When I arrived in Pittsburgh, the streets leading to Schenley Park gave me a taste of what I could expect. E-Type Jaguars, Devins, MG As, air-cooled 911s, and even a DB5 Aston Martin were a few I spotted street-parked or cruising around downtown. When I arrived at the actual venue, I was floored. The beautiful rolling hills were effectively painted with million-dollar show cars, vintage daily drivers, and enthusiasts of every brand, model, and era. The sound of antique 1 and 2-liter engines running at high RPM screamed in the background as I carefully navigated the grass entrance to the park. 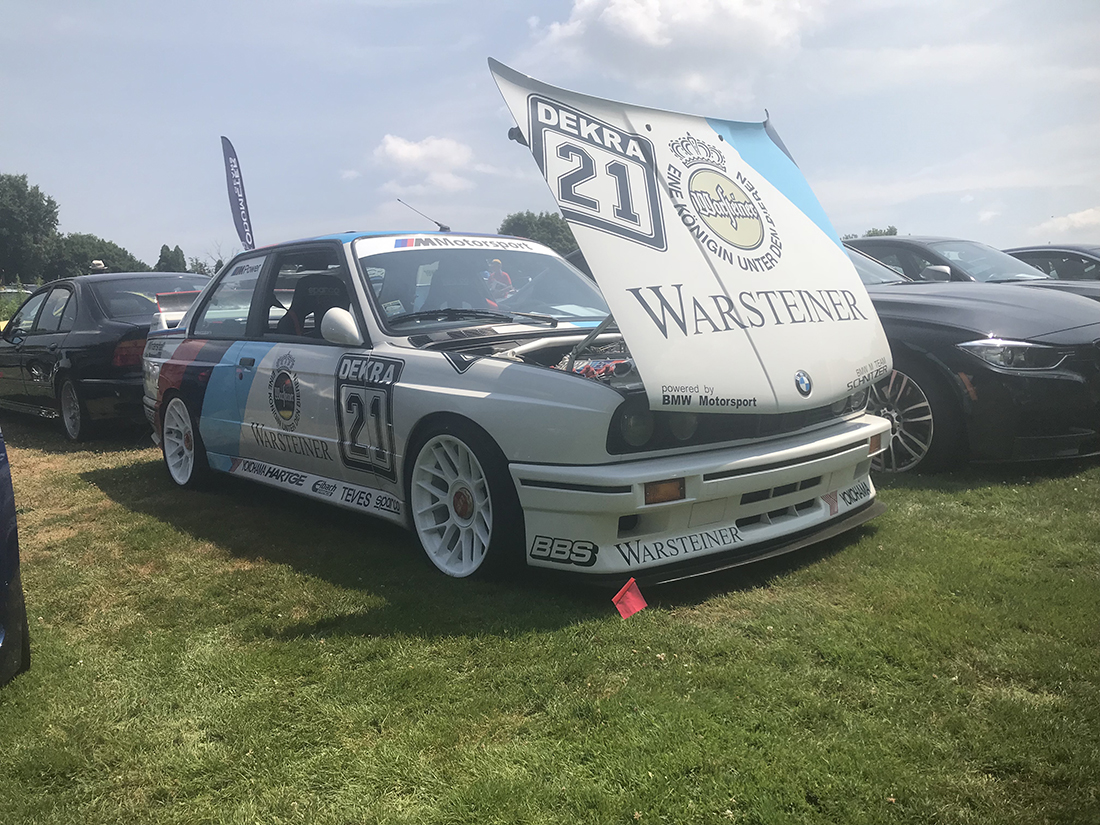 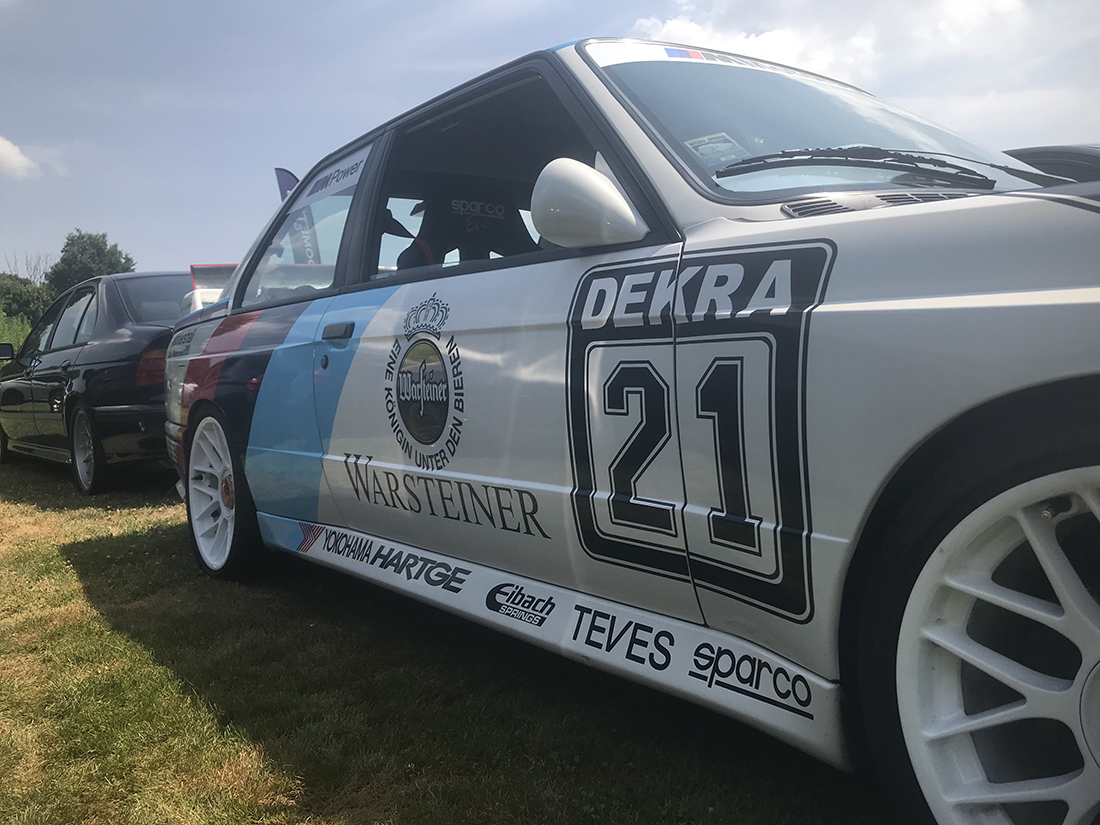 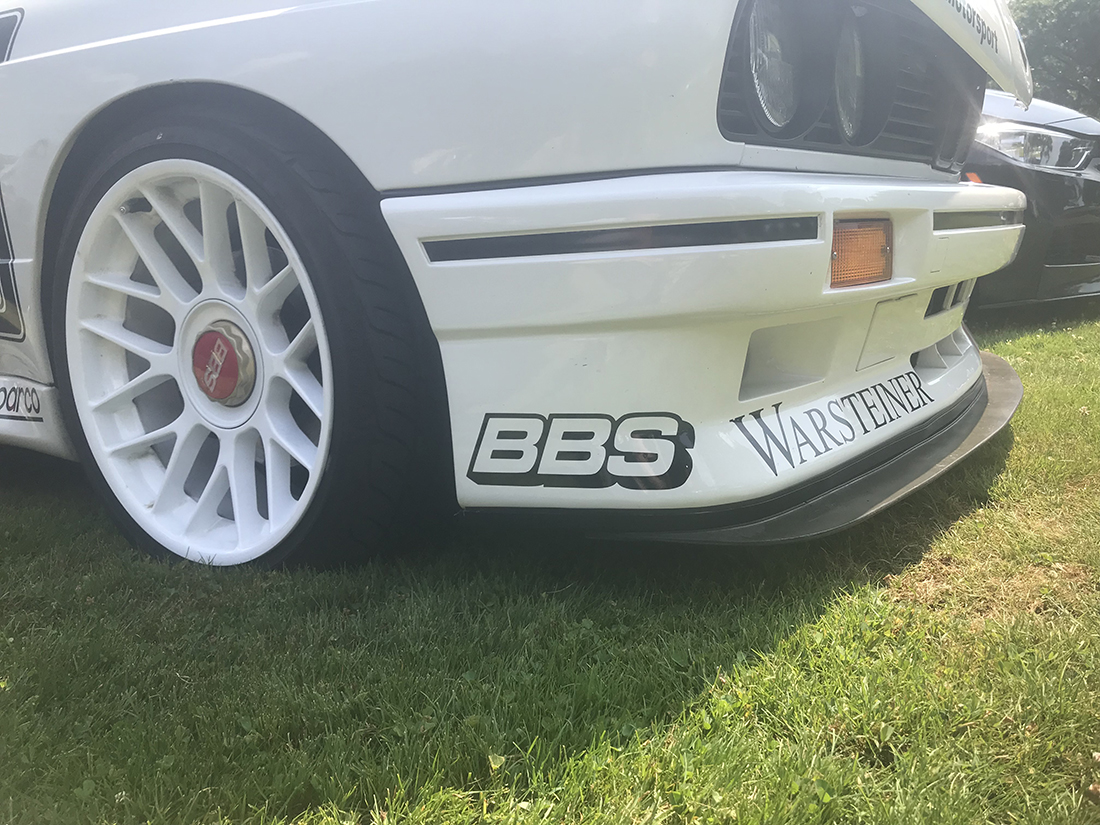 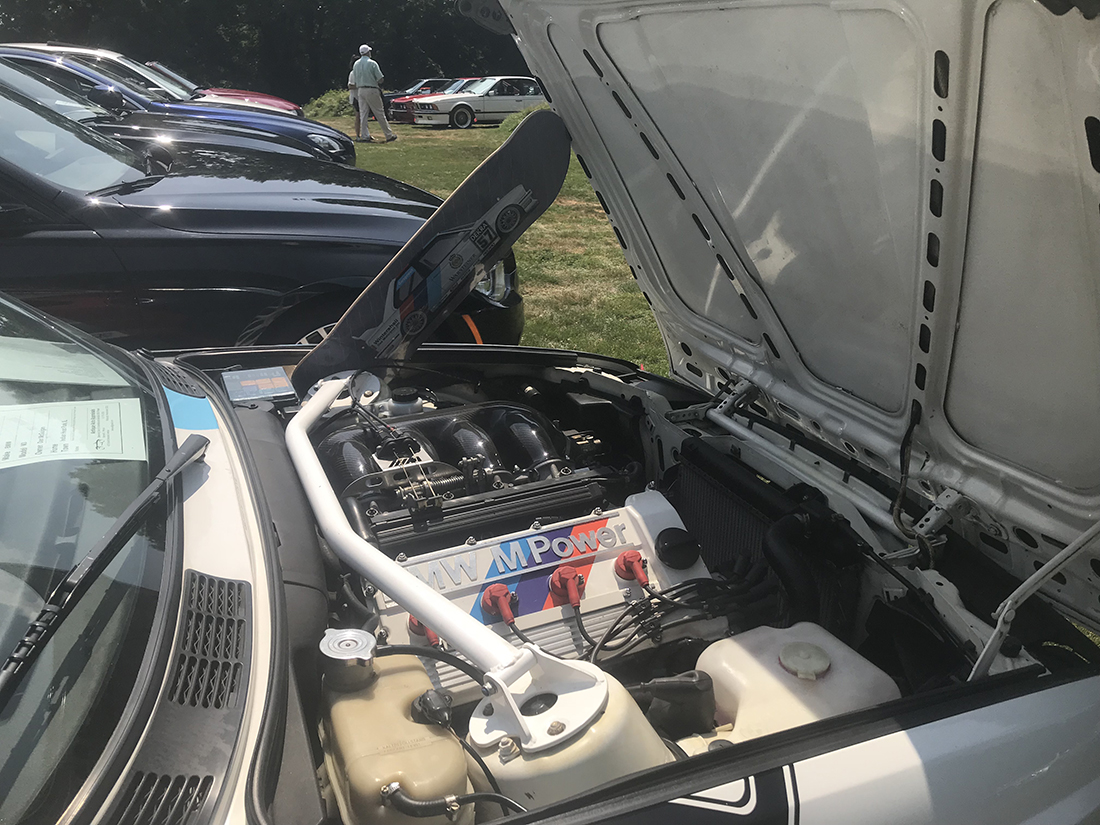 Since this was an unplanned event for me, I had not pre-registered as I normally do. I took more time than usual to pack up my travel gear and arrived later than I intended, which had me worried when I saw how crowded the show was. Fortunately, I was the last walk-up they let park in the BMW corral. I felt more than a little bad for the folks with awesome cars who lined up just behind me and missed out, but there was certainly no shortage of excellence present in the BMW corral. 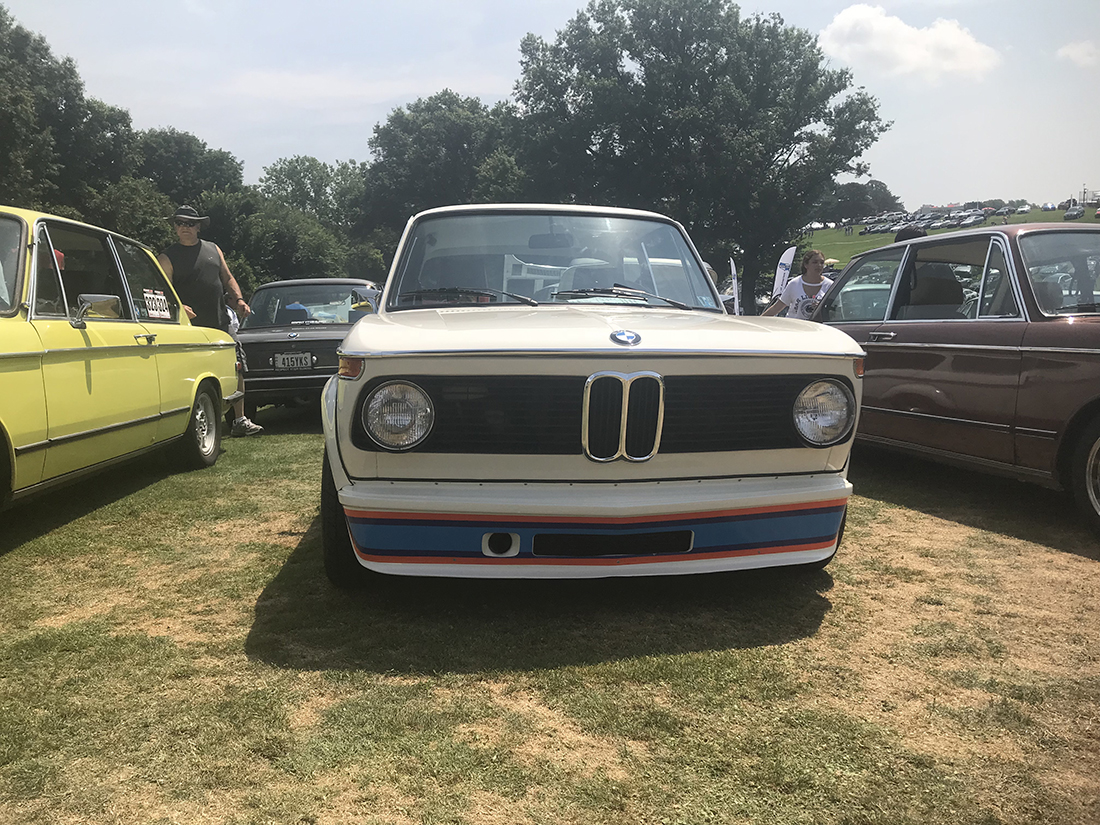 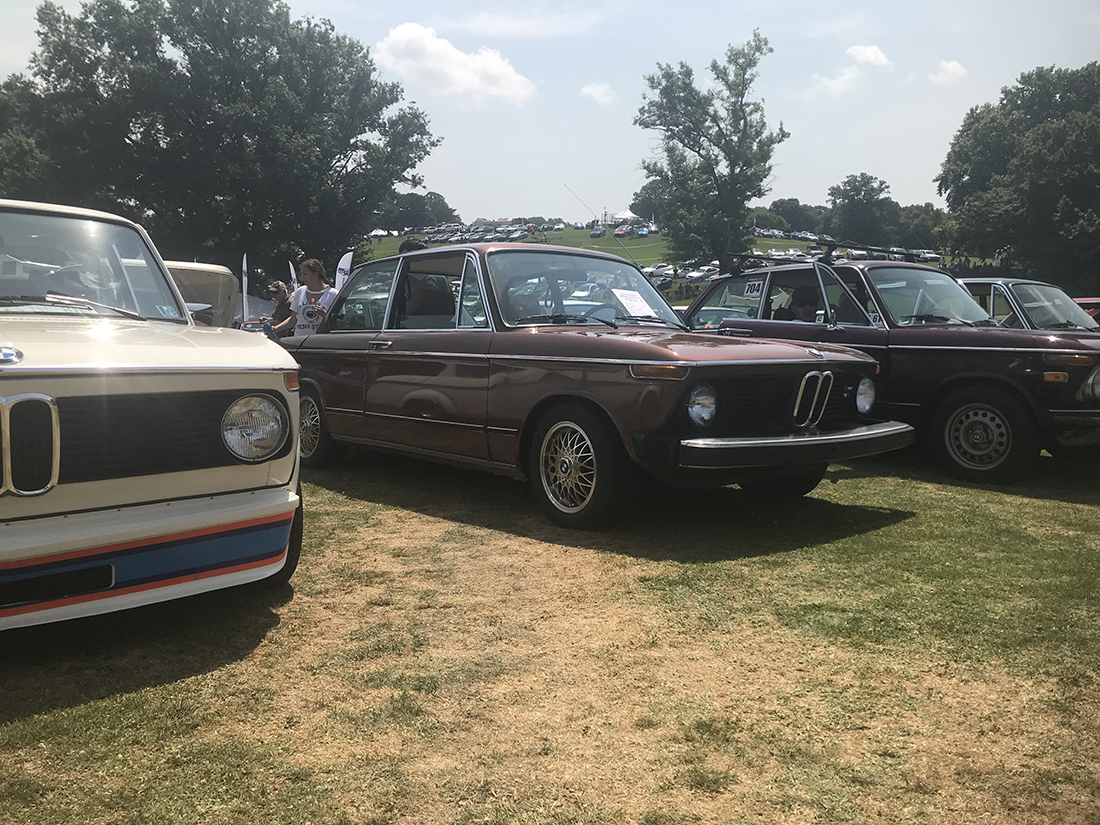 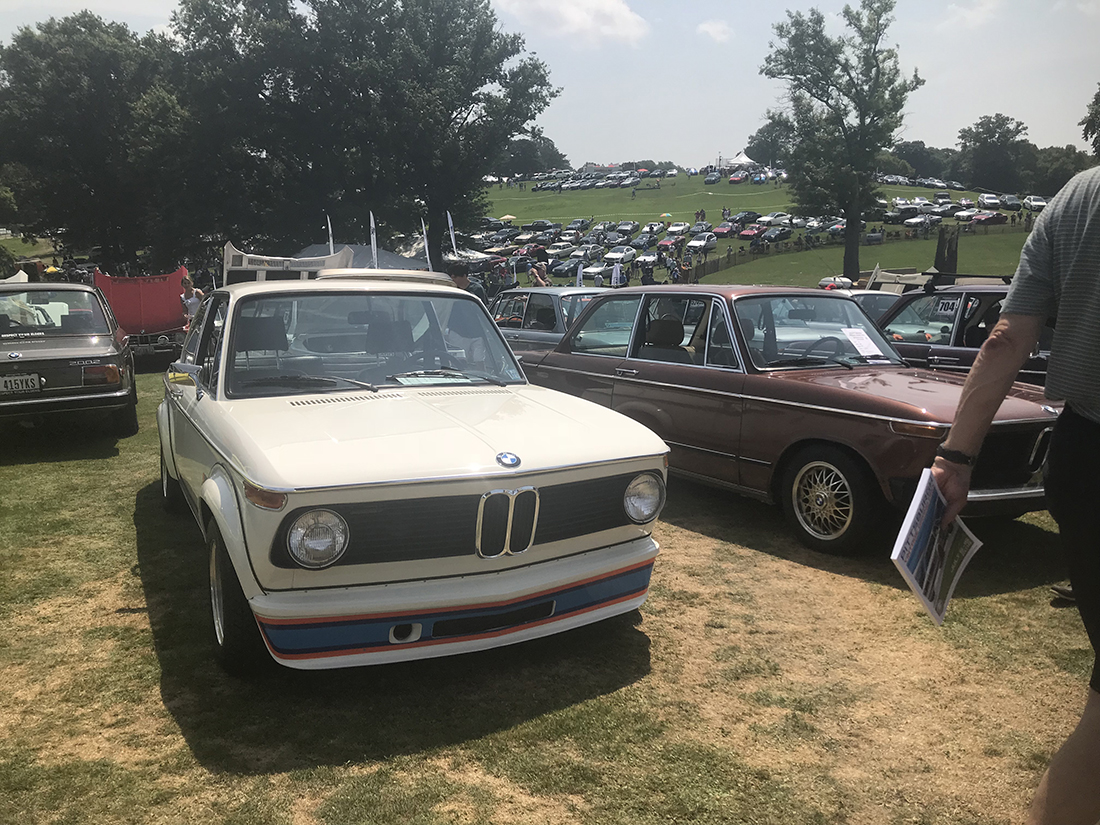 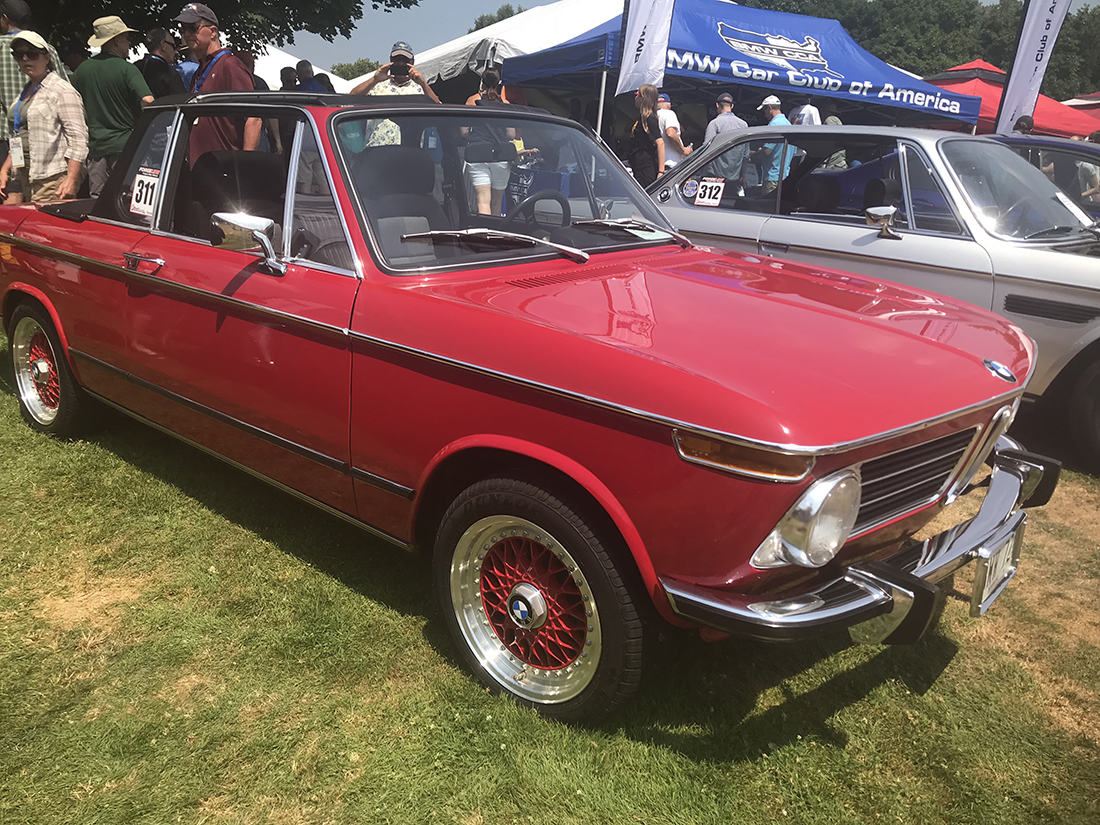 With my BMW parked in the sea of 2002s that attended, I was able to finally get out and peruse the grounds with the intent of spending time with every BMW that caught my eye. The problem with that plan I soon discovered was that everything was tantalizing. I had never before seen so many E9s, E10s, and various other type 114s. Among the most gorgeous, and most expensive, BMWs were three 507s. One formerly belonged to Elvis Presley and is currently owned by BMW North America. Sitting front-and-center was a turn of the century BMW 328 in a stunning black. More impressive was that not only was that one of two 328s in attendance, but that the second actually competed in wheel-to-wheel vintage racing despite the 5 million-dollar value. 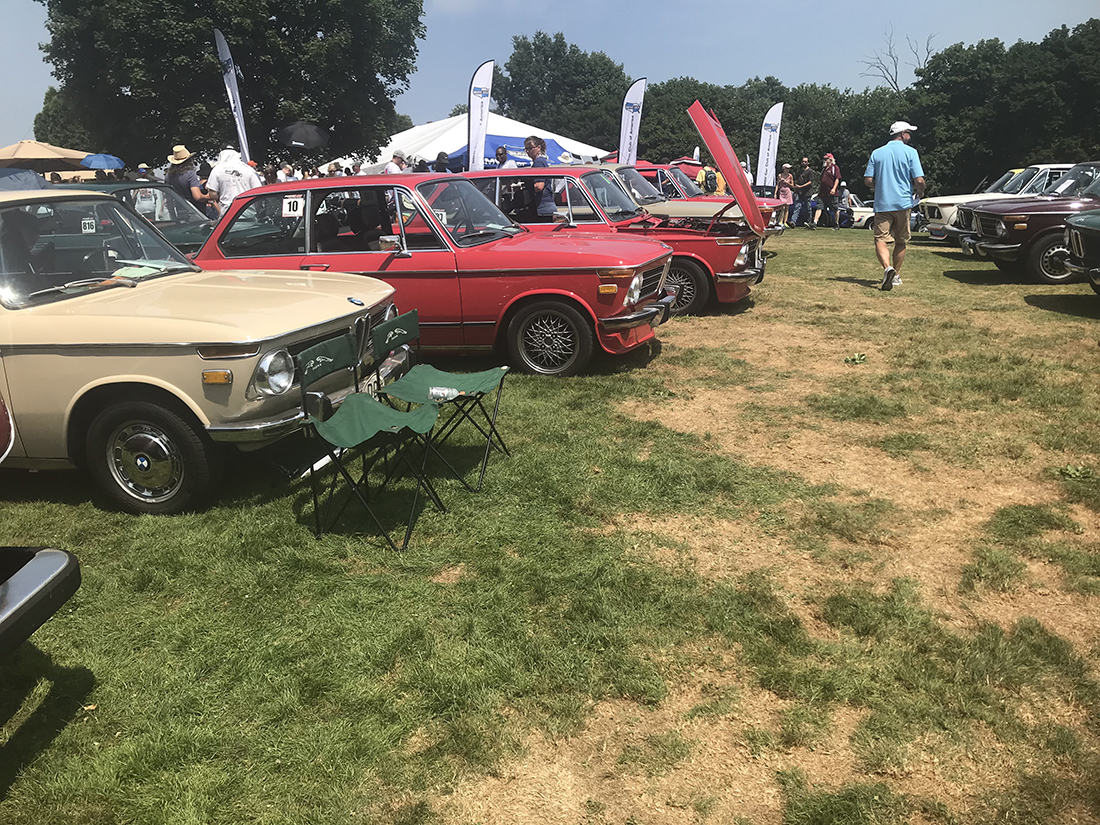 Speaking of the vintage racing, a newfound interest of mine is a growing love of period-correct competition. Seeing pre-war cars duking it out on a road course up close is almost otherworldly. The whole park was essentially a time capsule: with very little imagination required, I was able to picture myself walking around in the 1970’s. This is part of what makes vintage car events so appealing to me personally. The feeling that you have been transported to somewhere else in time and space is surreal and addicting. Hundreds of thousands of owners and enthusiasts all sharing a love of old machines is breathtaking. That I got to see them race and then up-close in the pits absolutely put the Pittsburgh Vintage GP on my list of annual must-attends. 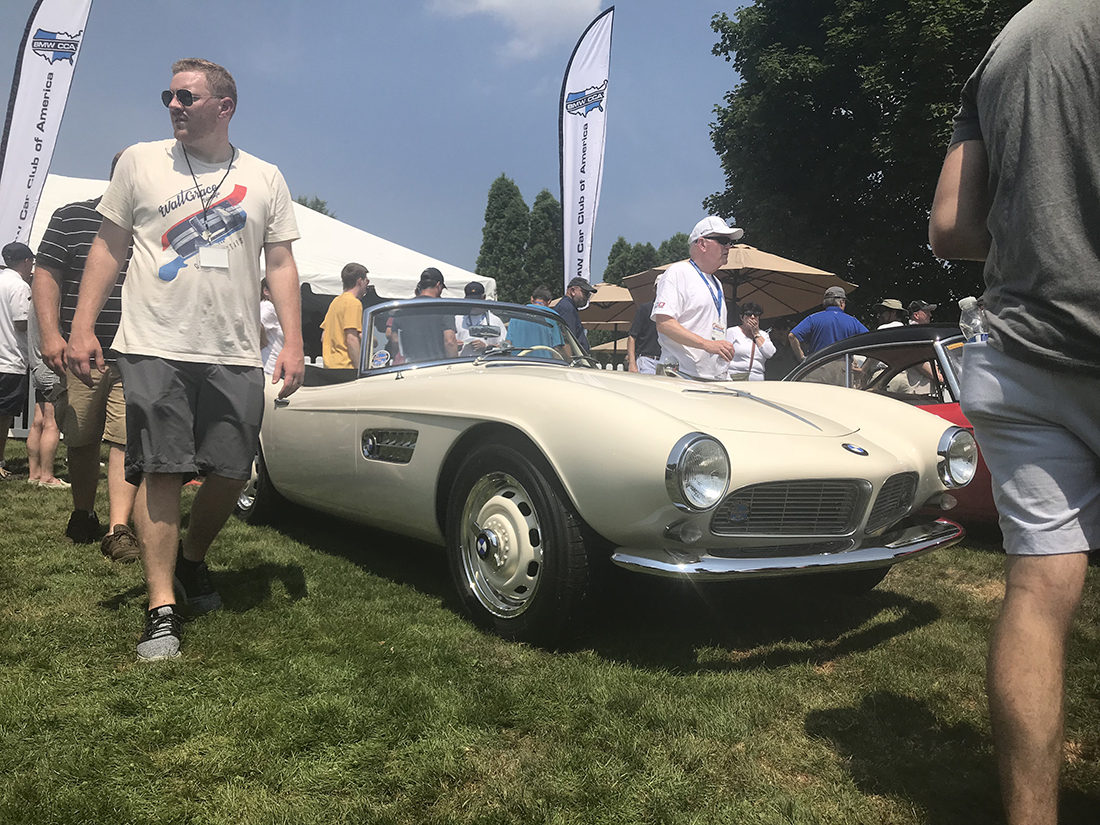 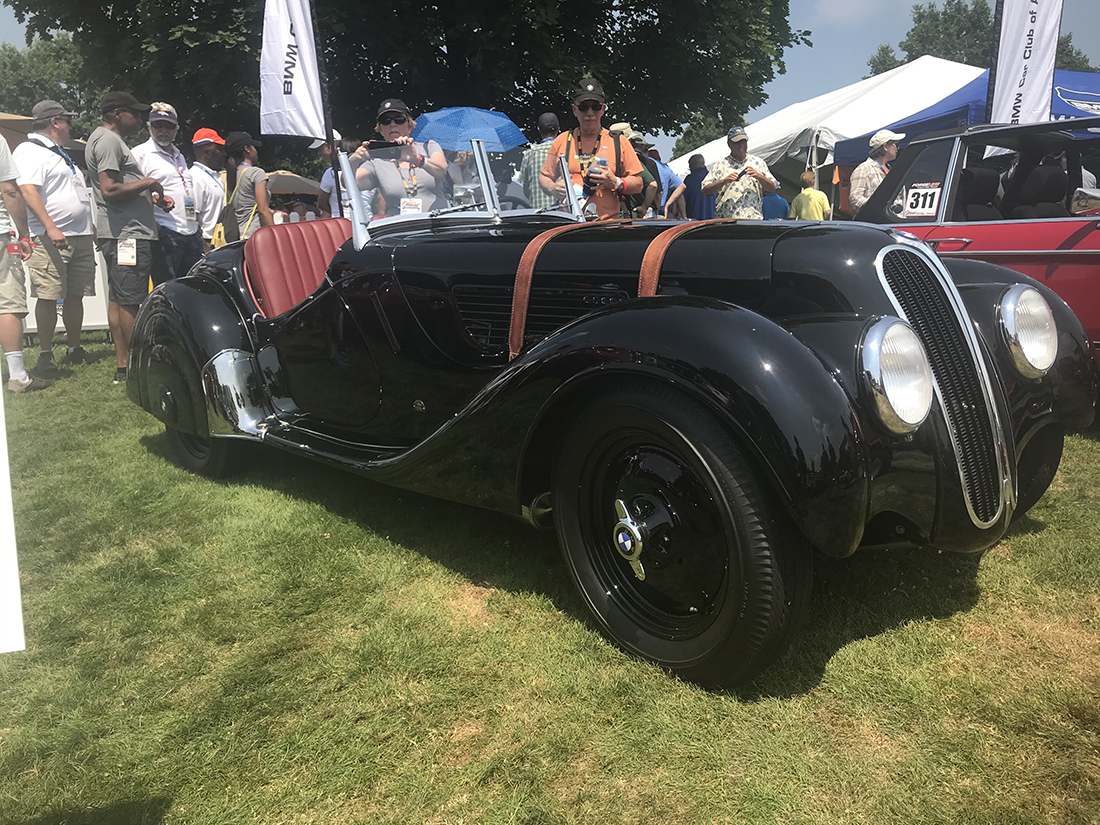 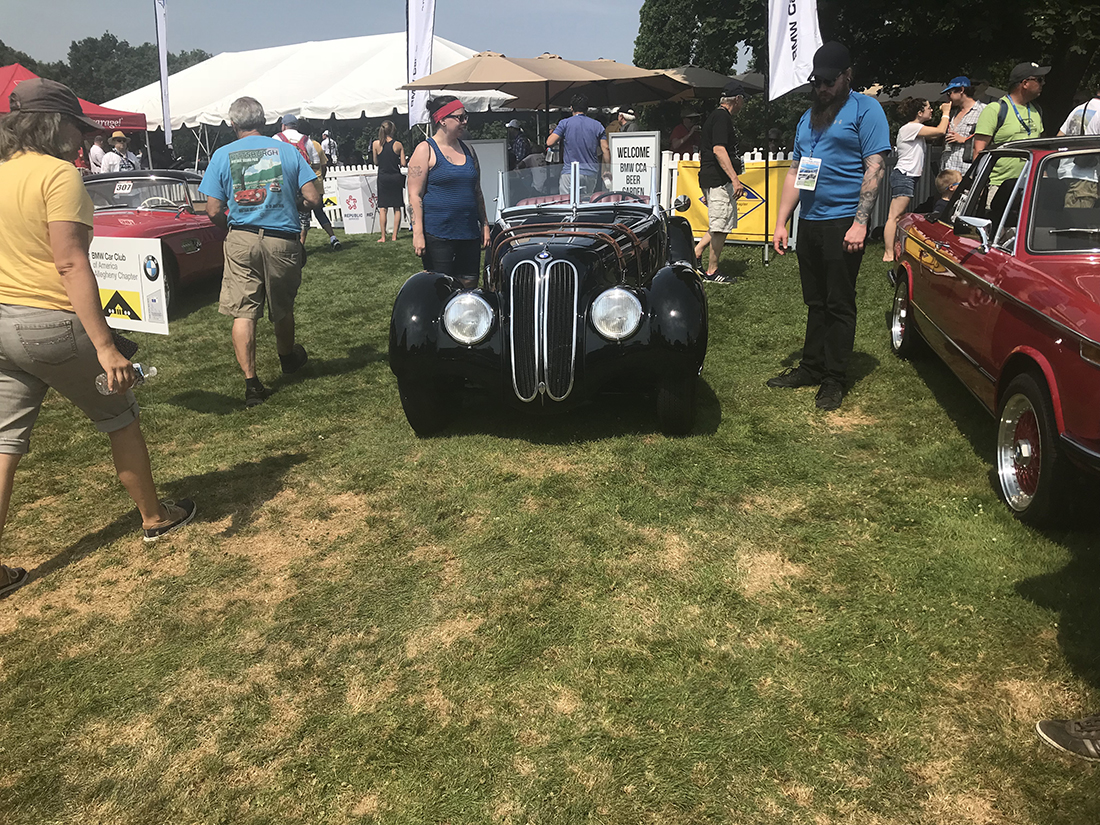 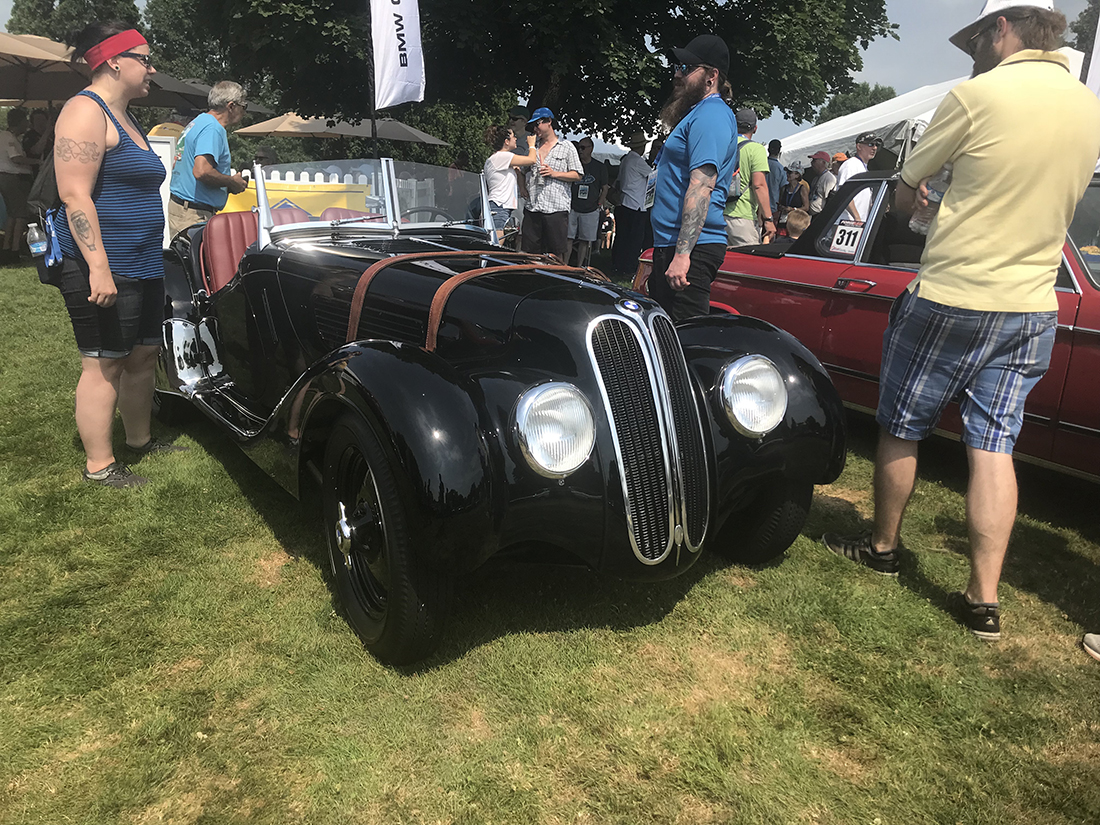 While I was not able to be there the entire week, I was able to get a taste for a much greater world of vintage car enthusiasm. That I was included in this community gives me a ton of pride, but also humility. The folks who have spent their lives dedicated to maintaining these cars and storing knowledge about them are truly special among the car community. Without their dedication, these cars would be totally forgotten as so many have been. The Grand Prix was an unbelievable spectacle. Being among so many people with similar interests and passions was definitely unforgettable. I do look forward to next year, but more importantly, I look forward to what will happen in between as my newfound interest grows and matures. Maybe next year one of my cars will be on the starting grid instead of the corral? We will have to find out together, but as always, you can read about it here at ECS Tuning. 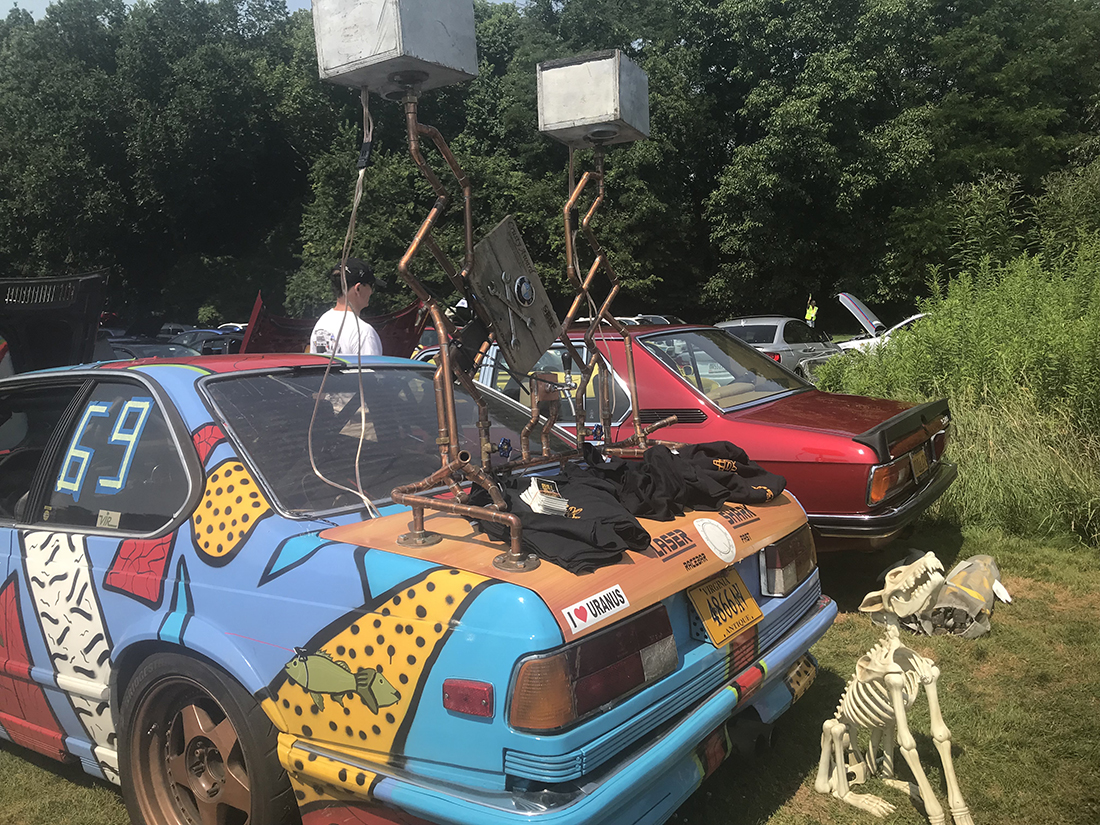 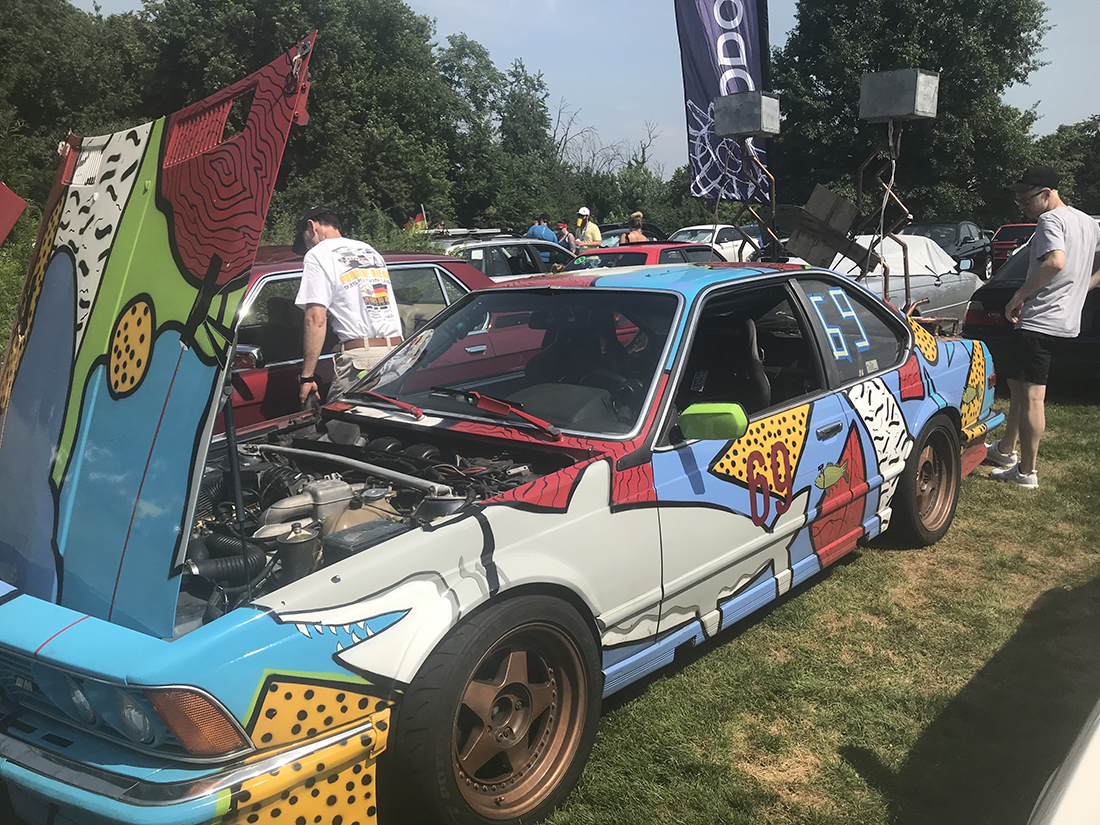 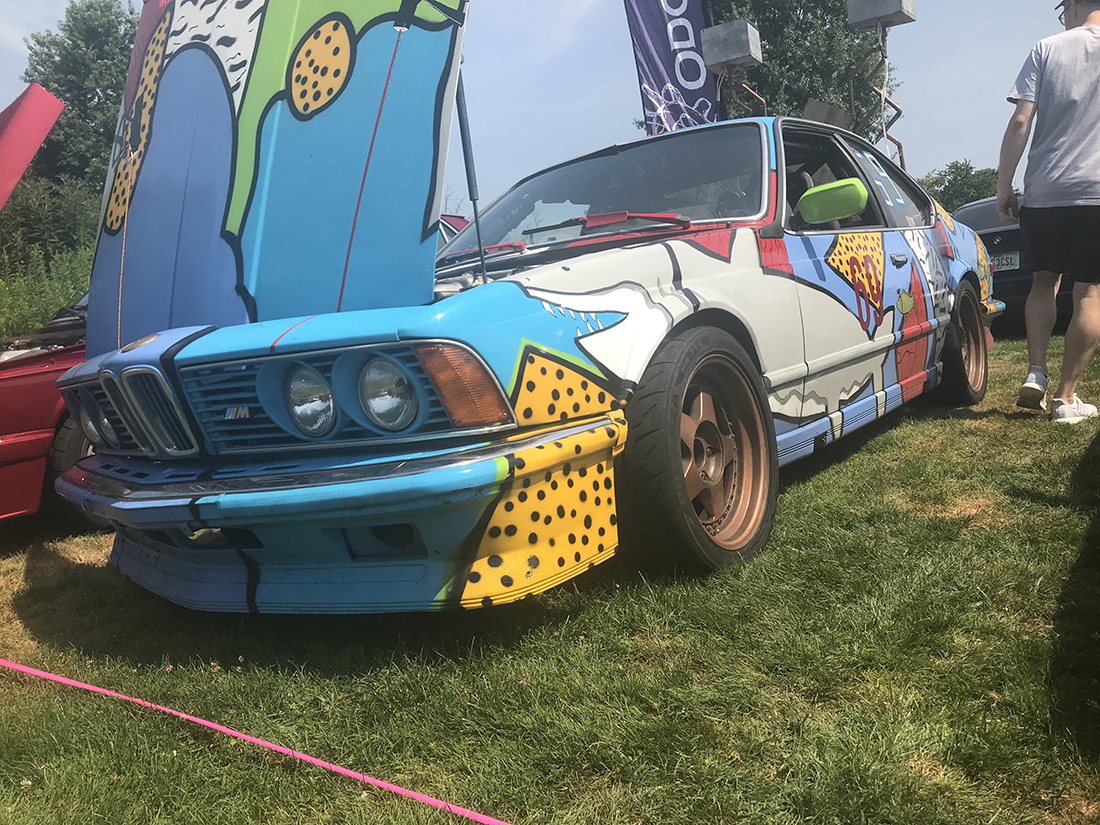 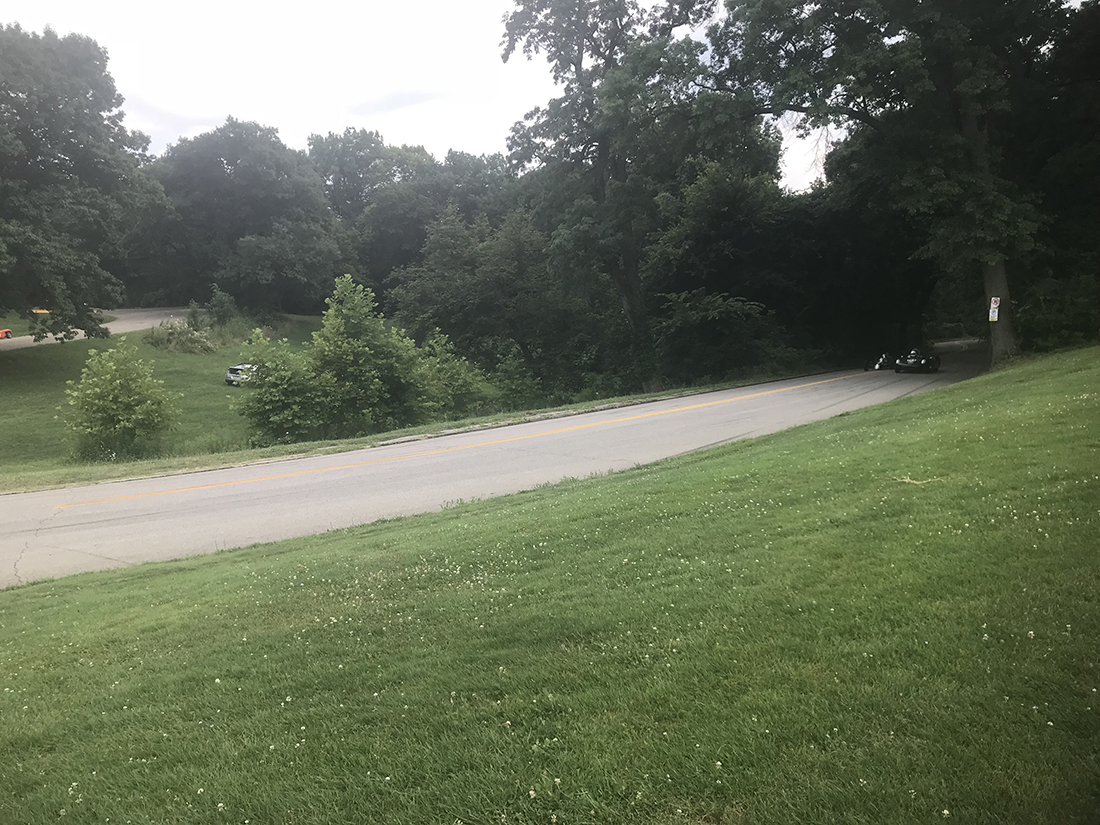 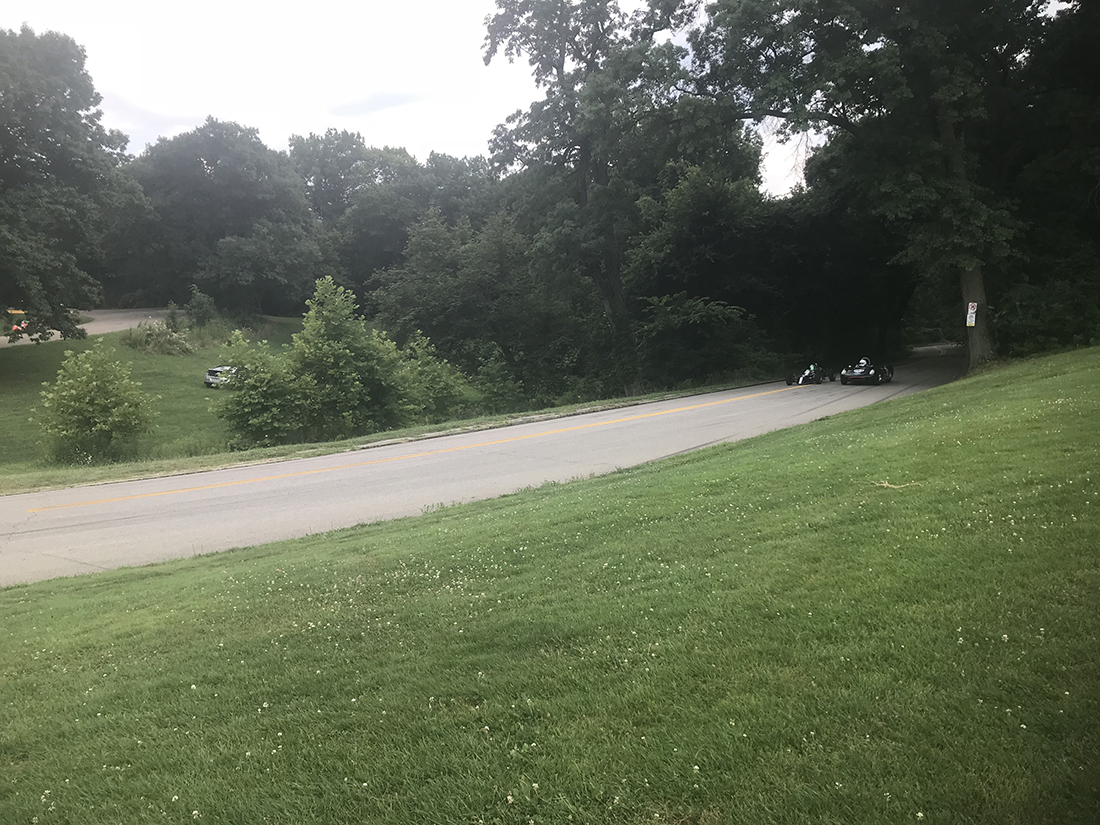 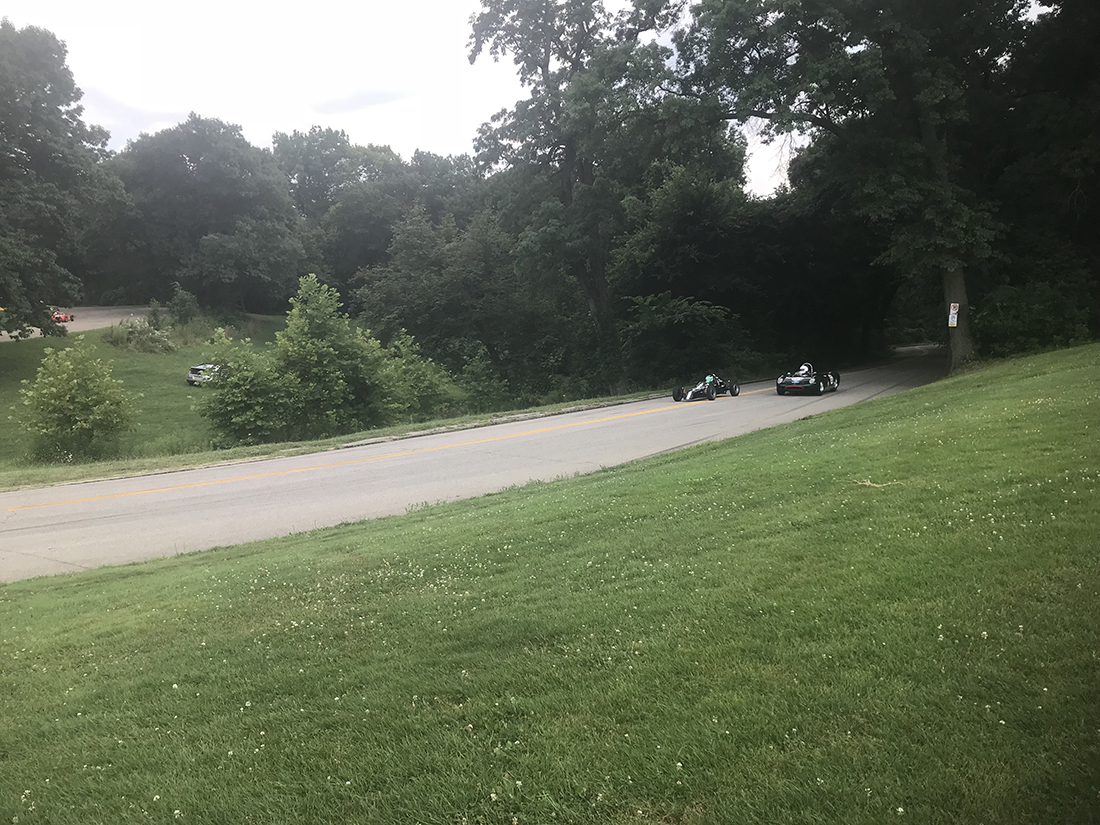 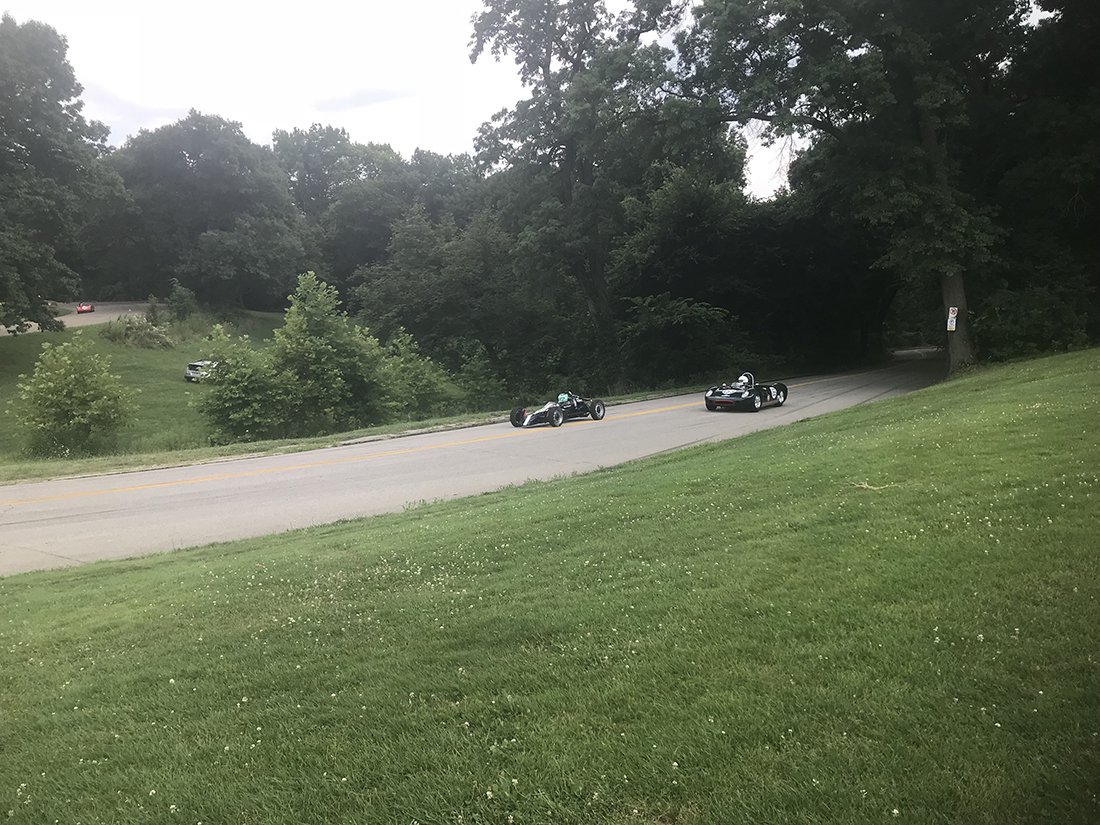 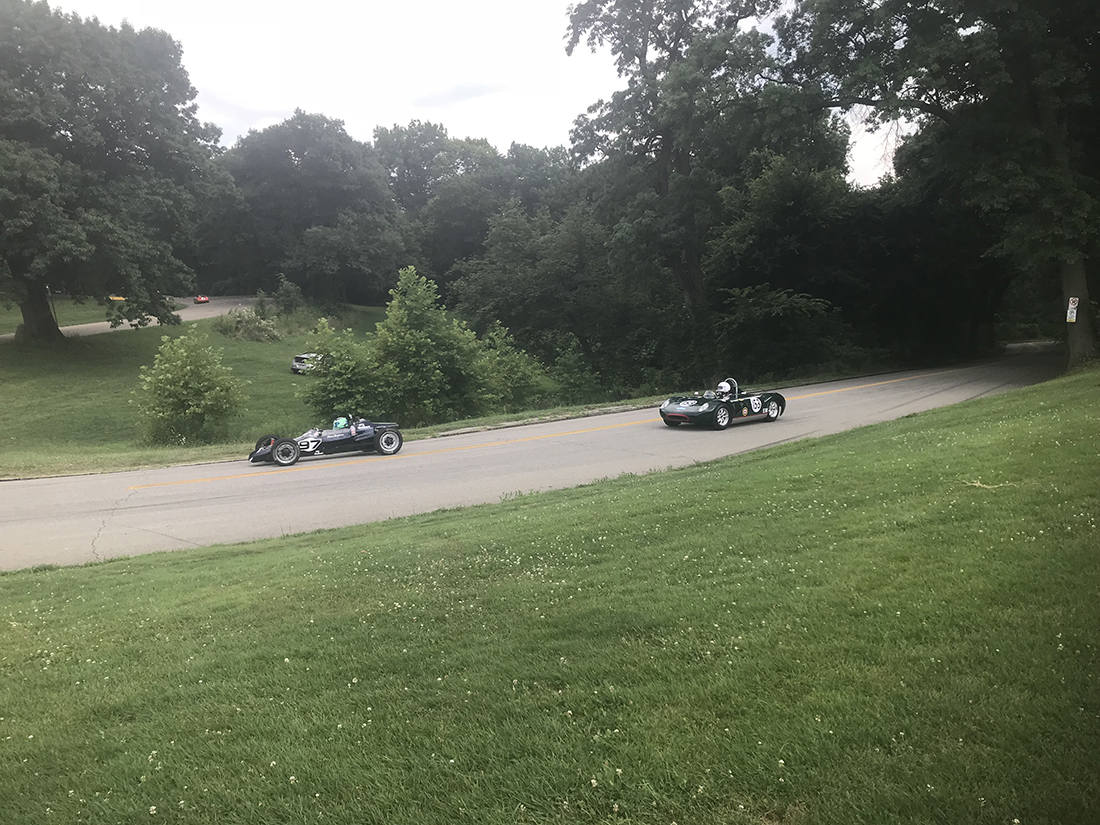 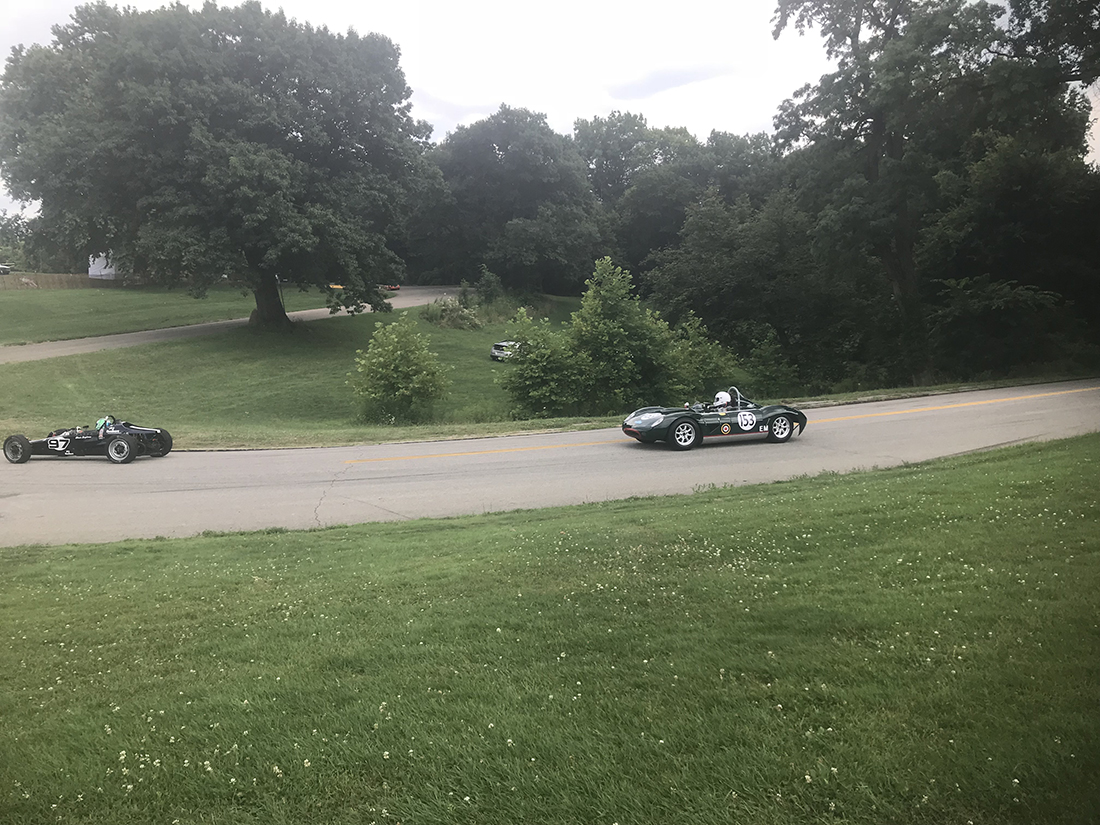 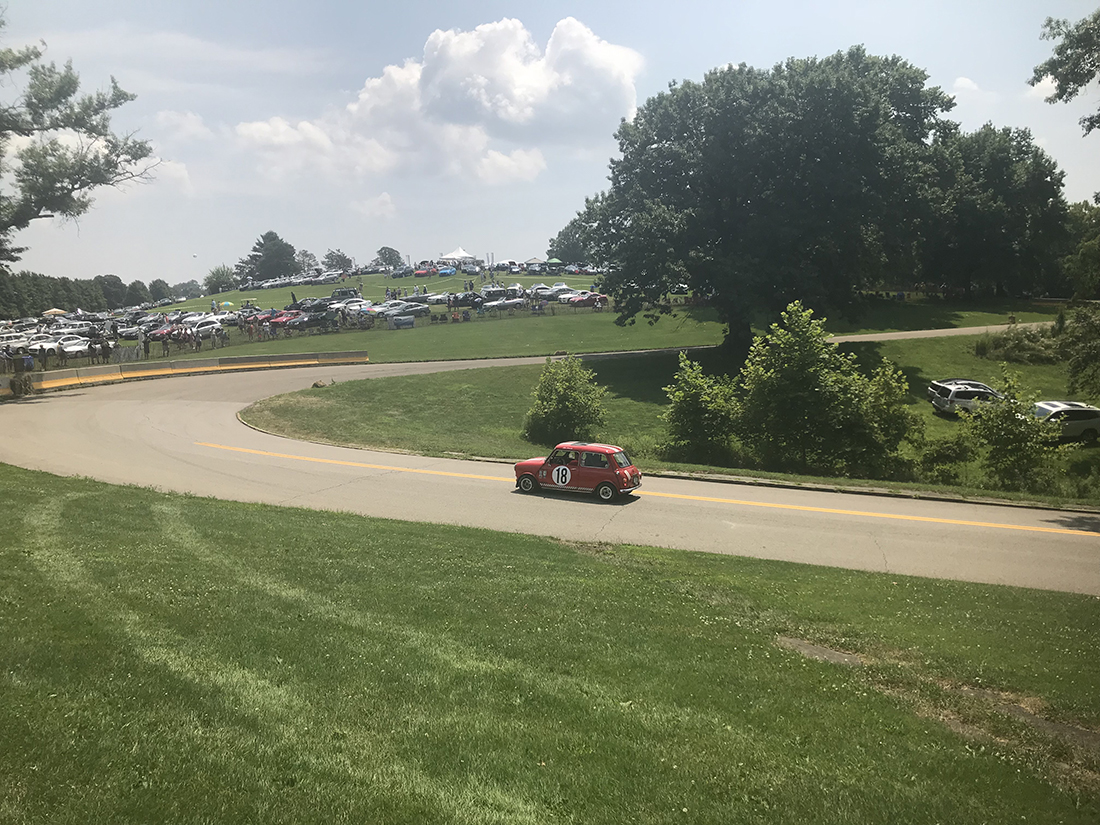 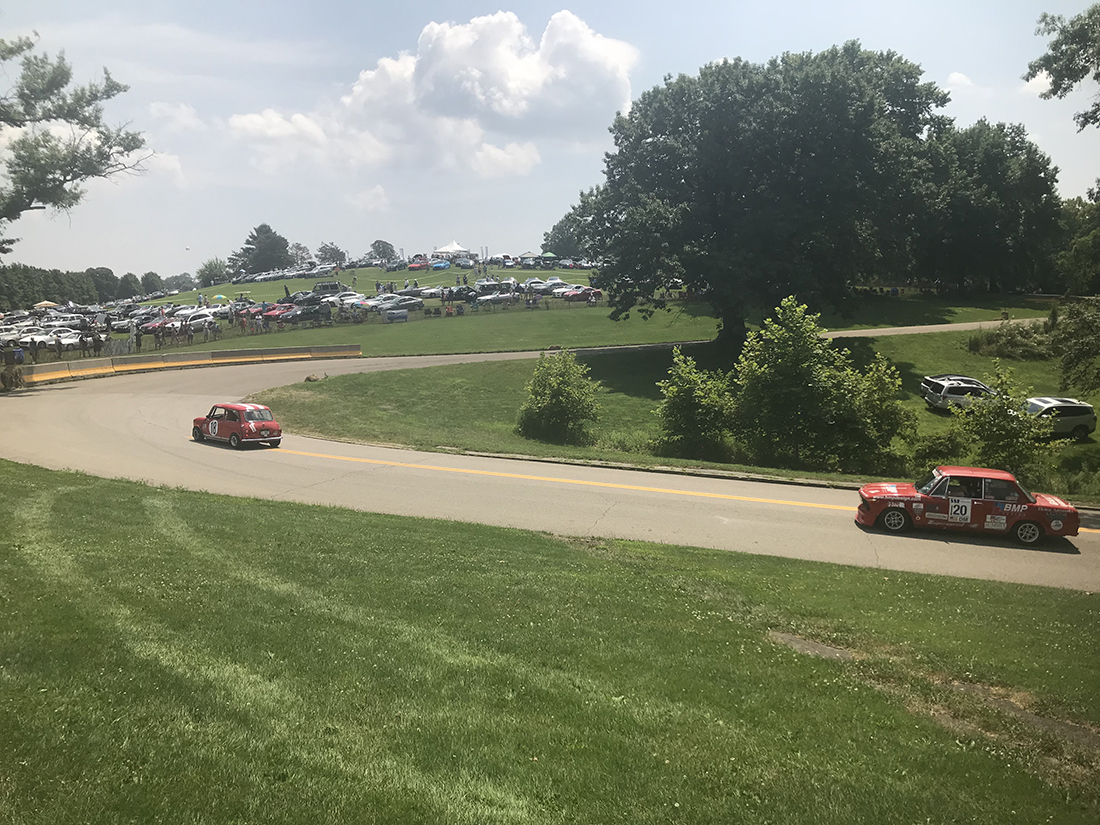 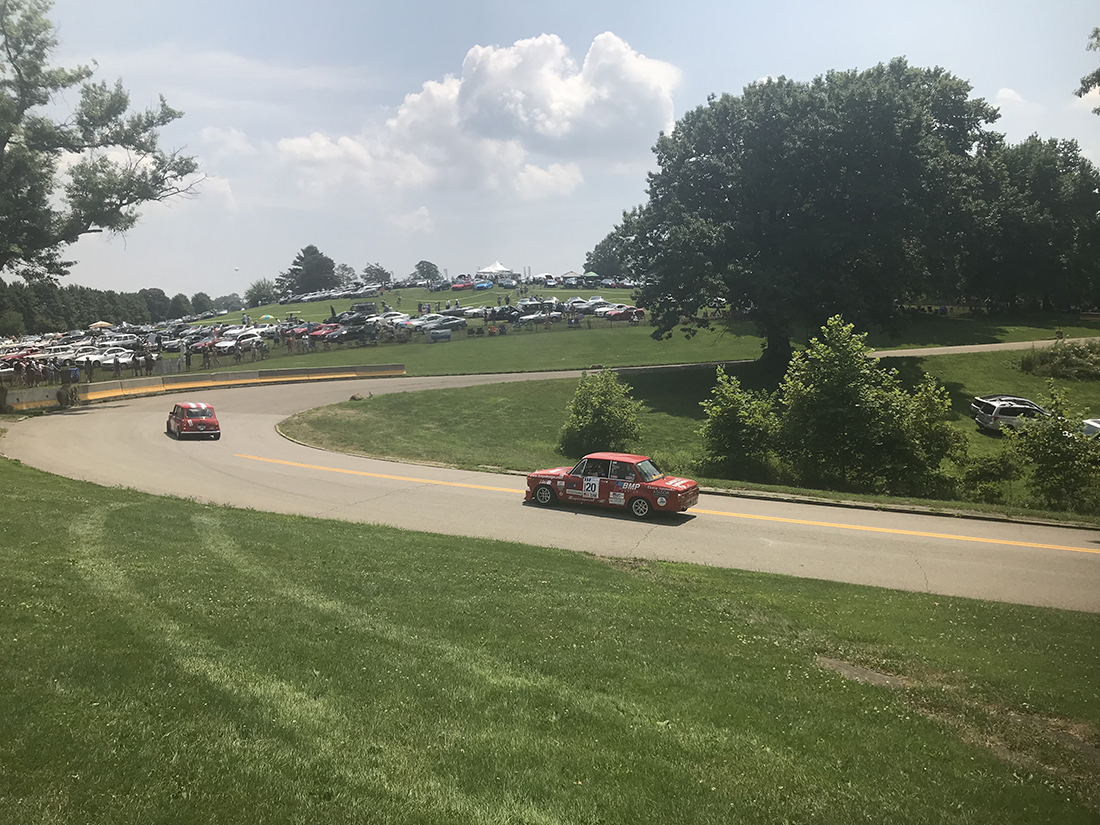 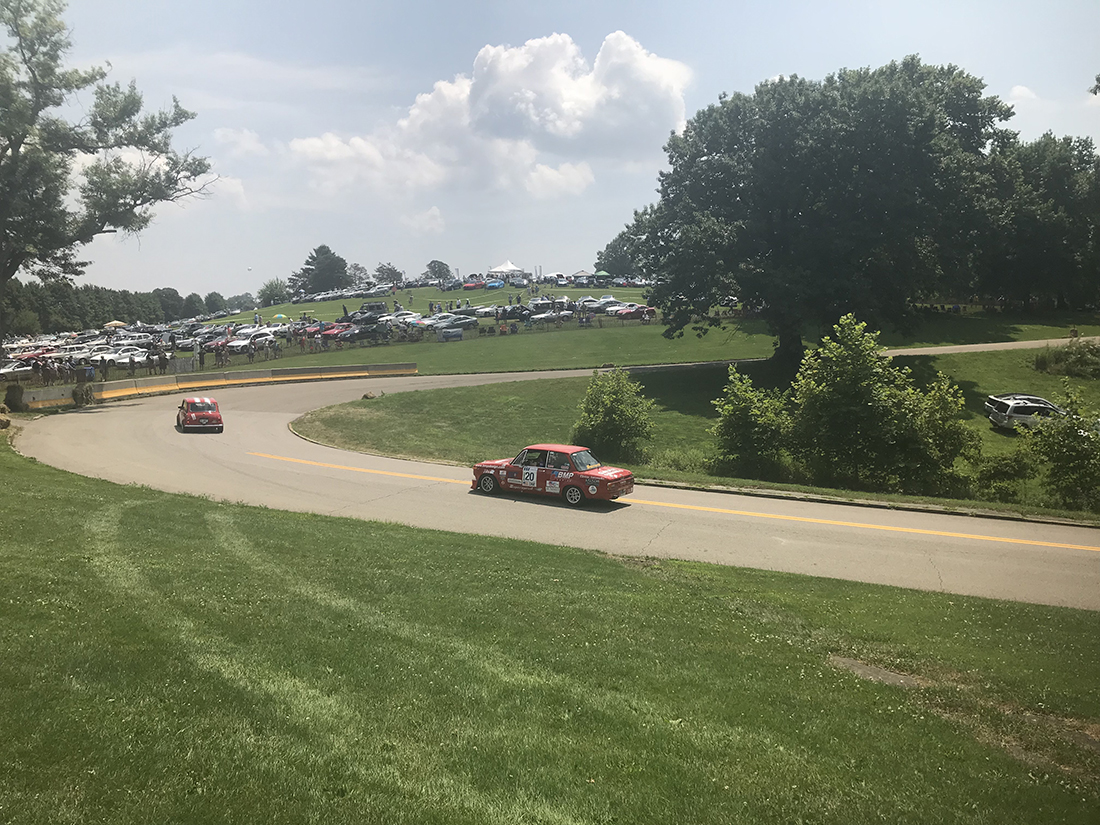 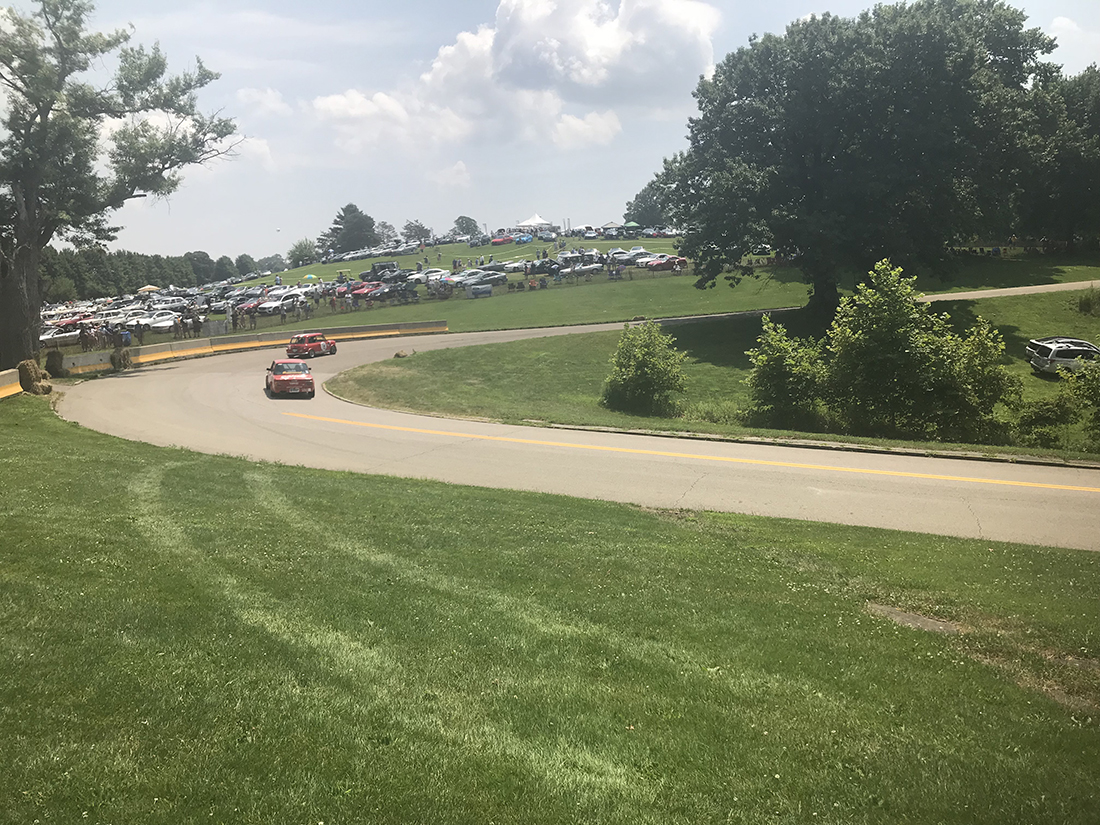 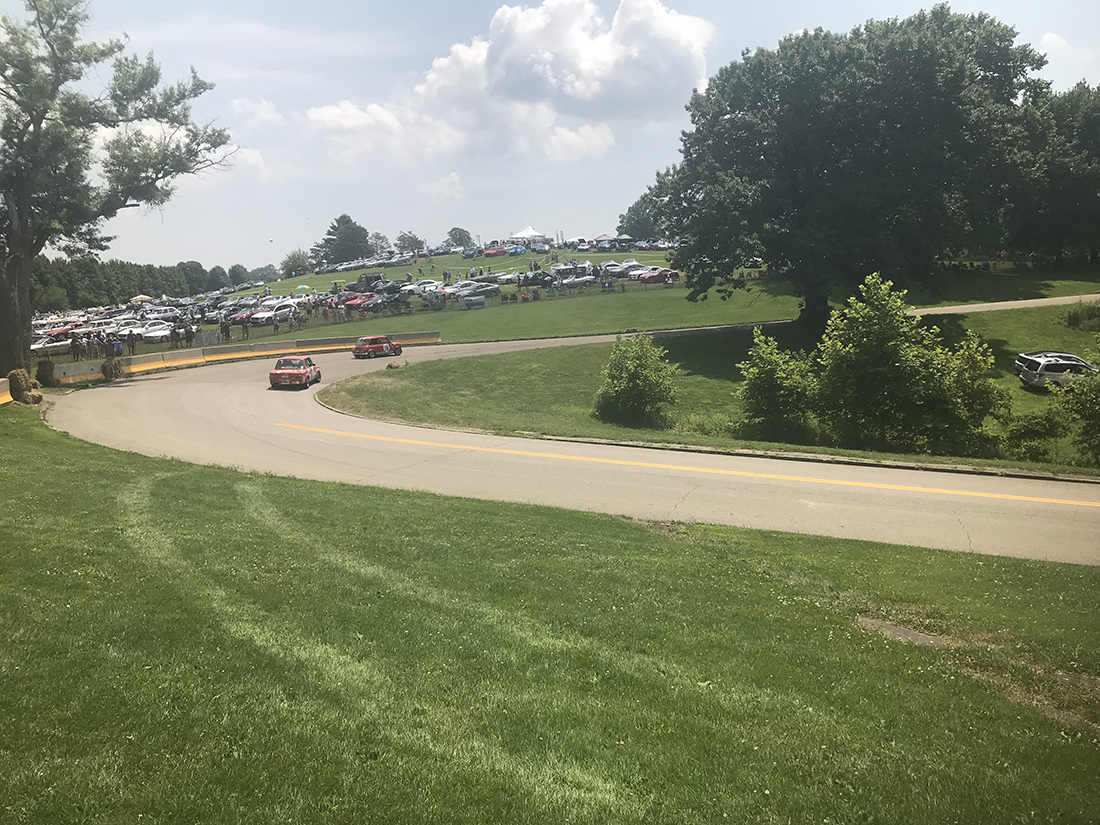