Then and Now: Comparing the BMW 3-Series E30 to the Modern F30

In the mid-eighties, BMW released the second generation 3-series with its new E30 chassis as the sports car aimed at a market of enthusiasts with a taste for refined luxury and simple practicality. The car evolved over the years and truly became one of the all-time automotive greats, as its namesake is continued through today. Versions of the 3-series featuring different drivetrains, body variants, and interior trim packages gave the E30 a wide range of appeal to meet the needs of nearly anyone who had an affinity for balance between performance and comfort. The same holds true today with the current generation F30, though it is offered only as a sedan. The question becomes, though, how does the F30 compare to its E30 ancestor, which is considered to be one of the best production cars of all time and the father of the modern sports sedan? For this inaugural edition of Then and Now, we will take a look back at the old E30 and see how the F30 stacks up in today’s market. 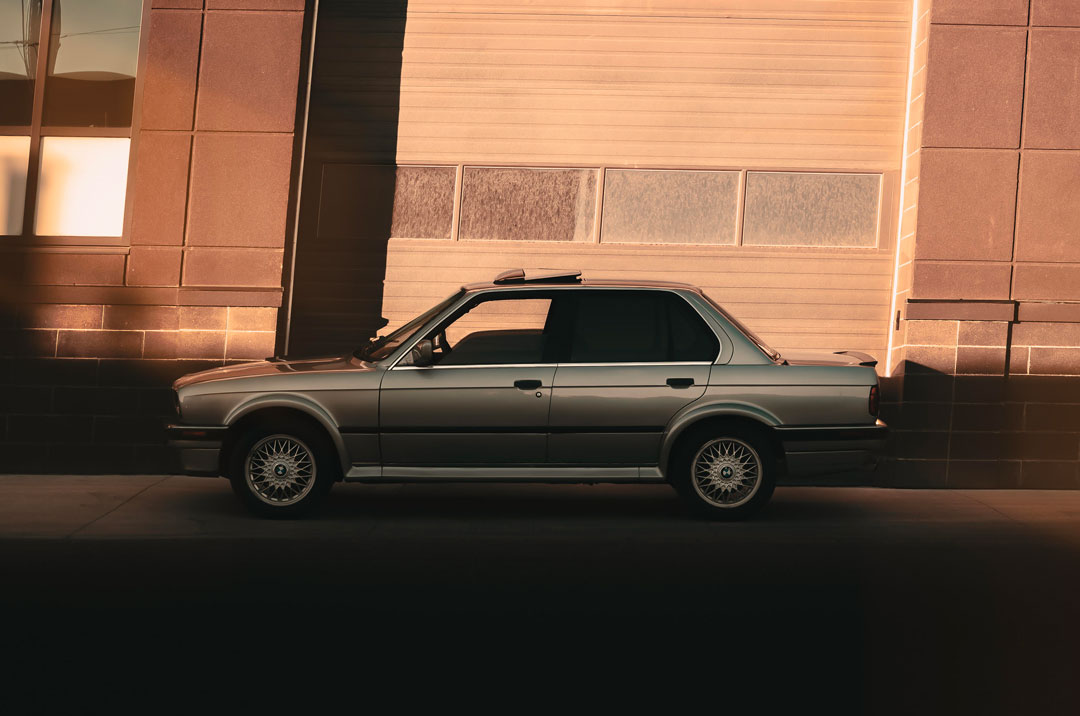 Imagine the year is 1988. You are looking for a new car that offers a sporty feel, practicality, and a hint of luxury. If you are a discerning buyer, you will most likely set your sights on the brand-new E30 325ix coupe, BMW’s first All Wheel Drive 3-series. The 325ix offers a 6-cylinder M20B25 paired with a 5-speed Getrag transmission and front drive axles. The rear-drive viscous differential and viscous center differential help provide traction and send power to the rear wheels as a 60-40 split rear to front bias. This excellent AWD system gives the ix version a more stable acceleration in all conditions and will match the quarter mile time with its convertible cousin, which is no easy feat considering the extra pounds packed on by the AWD.

Inside the E30 is a comfortable yet practical interior that is incredibly driver centered. With the controls angled directly to the steering wheel, a cockpit-like appearance gives the E30 a fighter plane feel from the driver’s seat. Although it is only offered as a coupe, the rear bench is still quite usable and the trunk features plenty of space for luggage, golf bags, or a few dead bodies, depending on the lines of work that allow a buyer to afford the $33,000.00 MSRP. 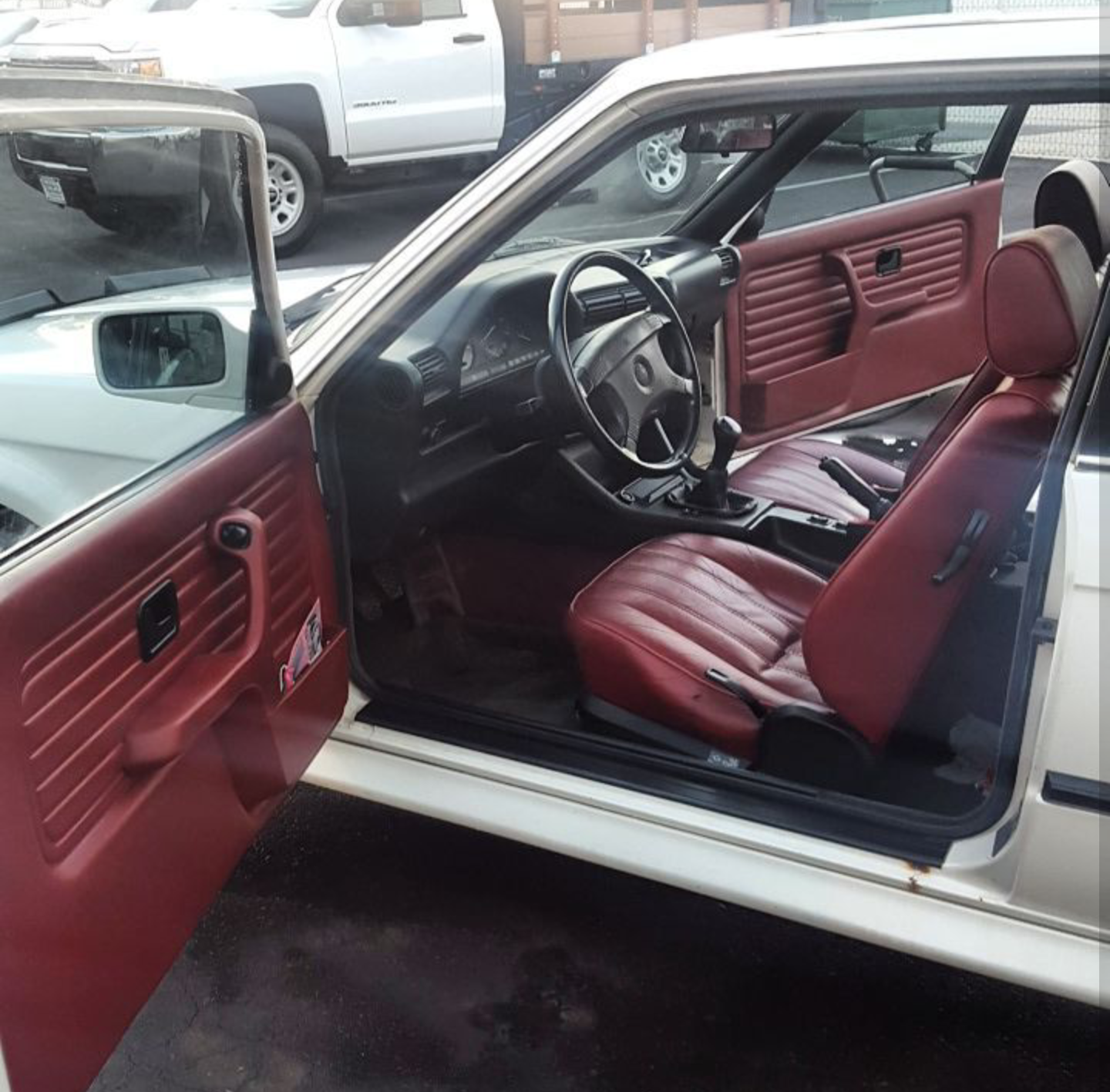 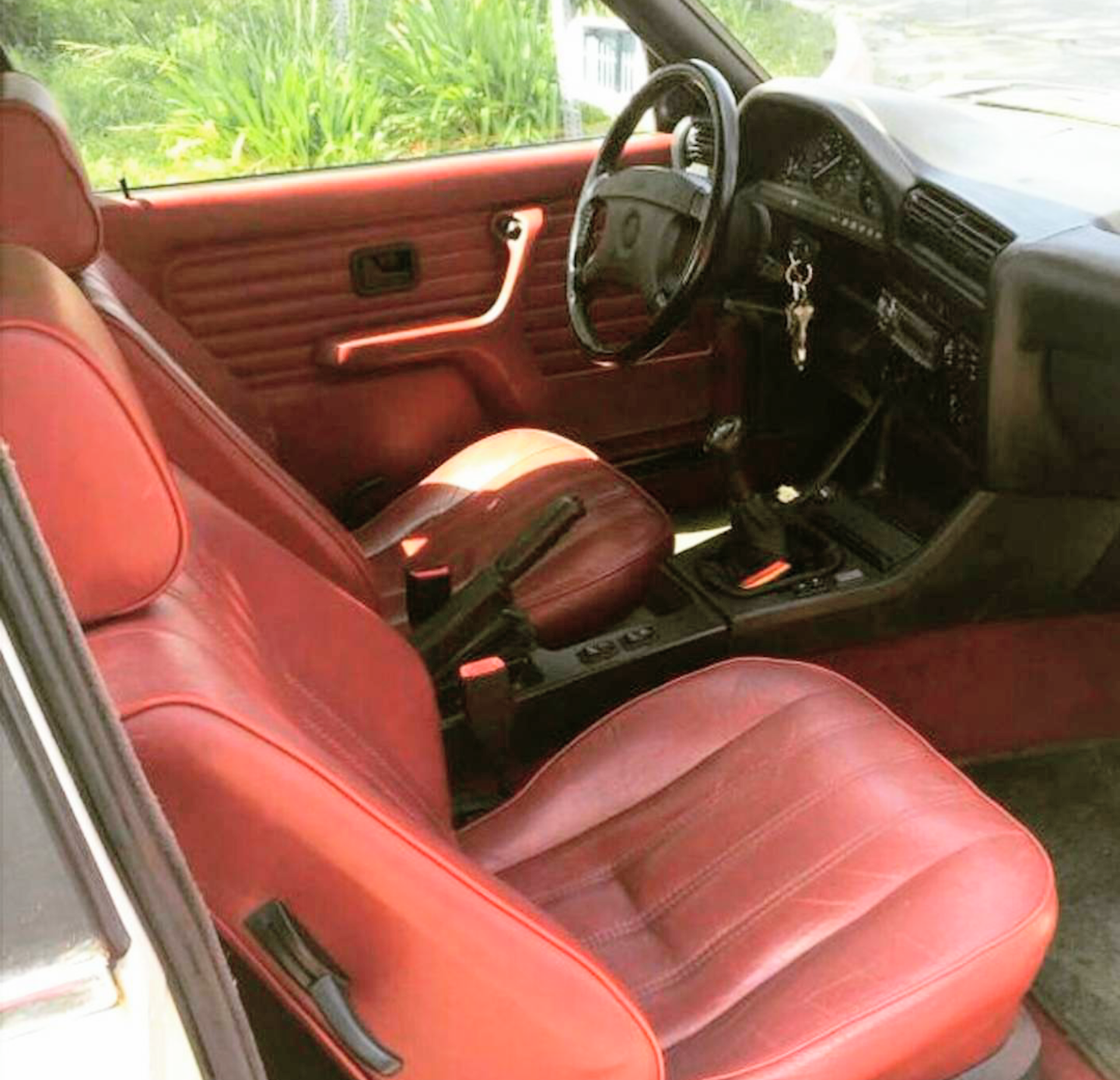 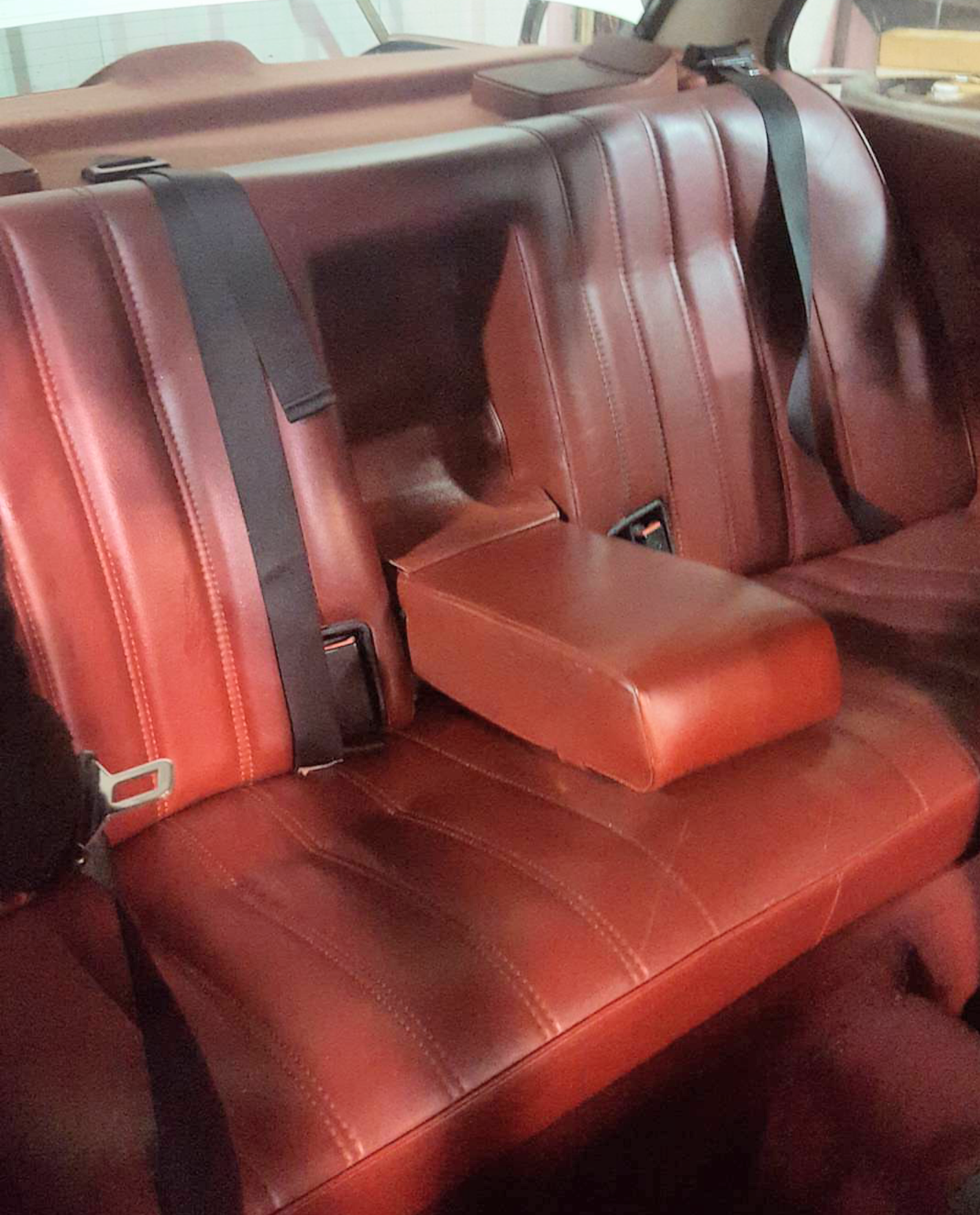 Speaking of money, what else did customers receive for that astronomical price? The E30 was equipped with an onboard computer that showed fuel economy, range, average speed, air temperature, and many other functions that could be cycled from the blinker stalk with a press of the optional OBC control button. A sunroof, leather seats, ABS, cruise control, and air conditioning were all standard for the US market version, but little else was to be found inside the car. The radio and sound system were adequate, not exceptional. Still, for an AWD-equipped BMW with a 6-cylinder, leather interior, and 15-inch alloy wheels, $33,000.00 seemed a fair enough price in 1988 for the pinnacle of production coupes on the road. 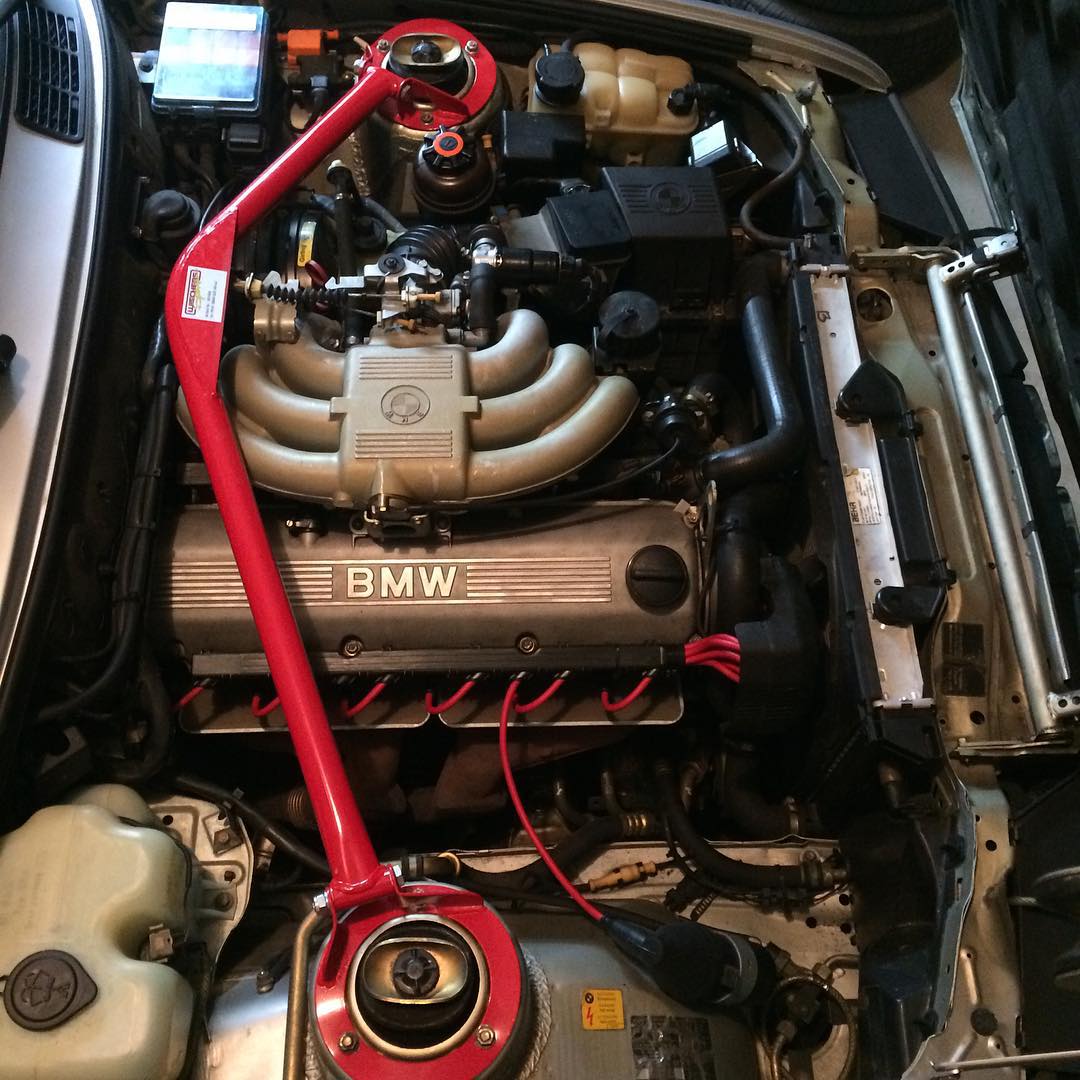 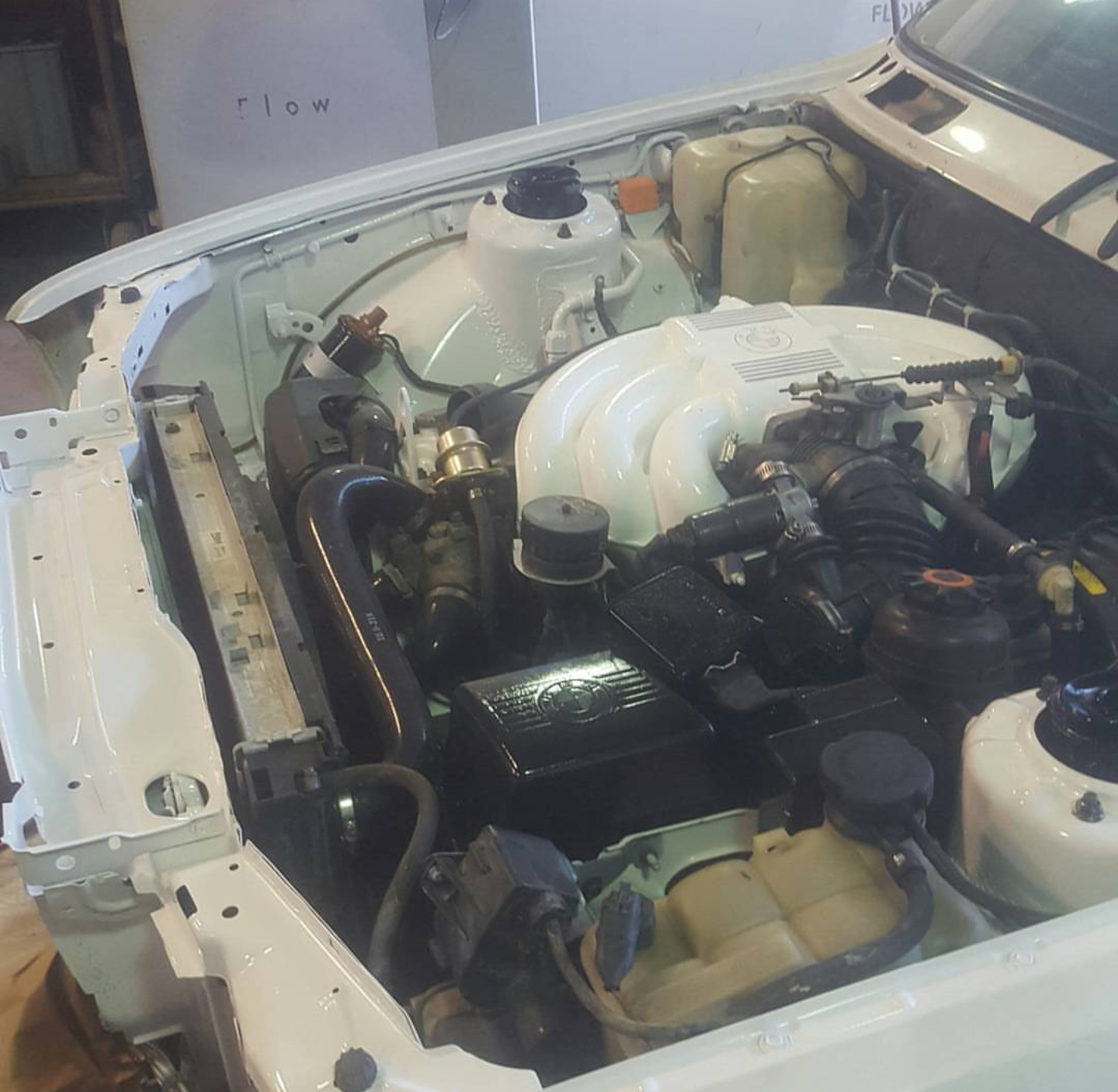 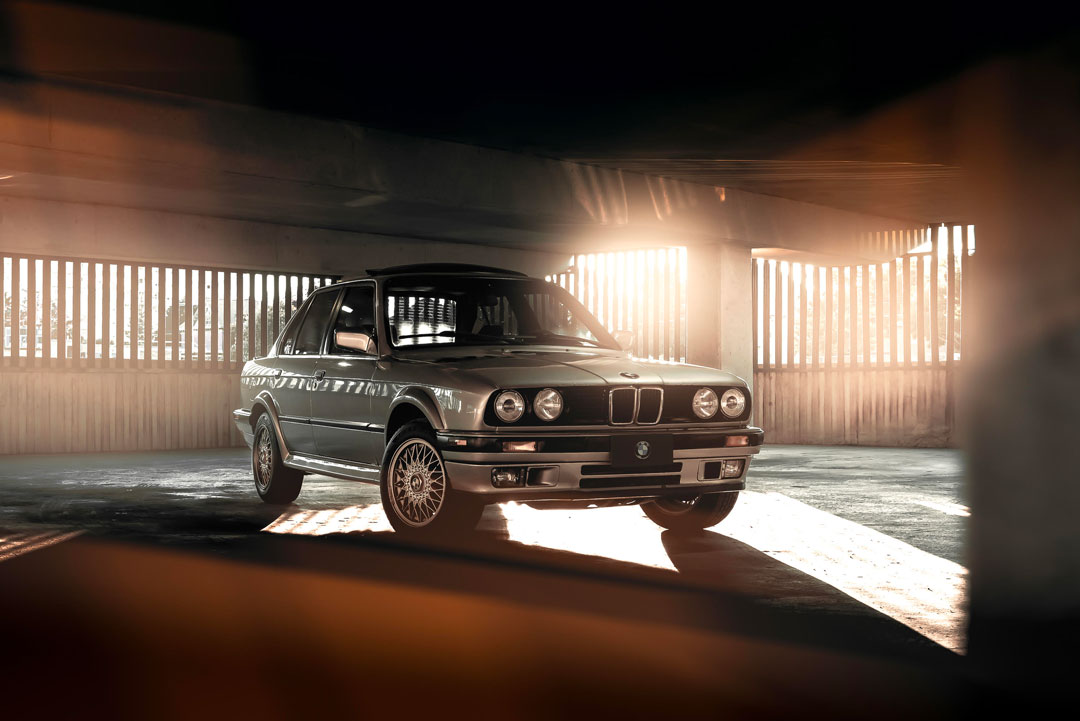 Thirty years later, what does that $33,000.00 MSRP look like in today’s money? A whopping $70,400.00 cost would price this E30 325ix above the retail of its M-descendant cousins. The F8x M3 and M4 feature the all-out M craziness and every option BMW can throw at them and are still offered new with a hefty options package for less than the adjusted $70k price of the old E30. The more comparable model, the F30 335i xDrive, sits comfortably around $45,000.00 and still offers quite the equipment list. Just comparing MSRP retail price, we can already see BMW has gone to great lengths to keep costs down despite all the additional equipment. 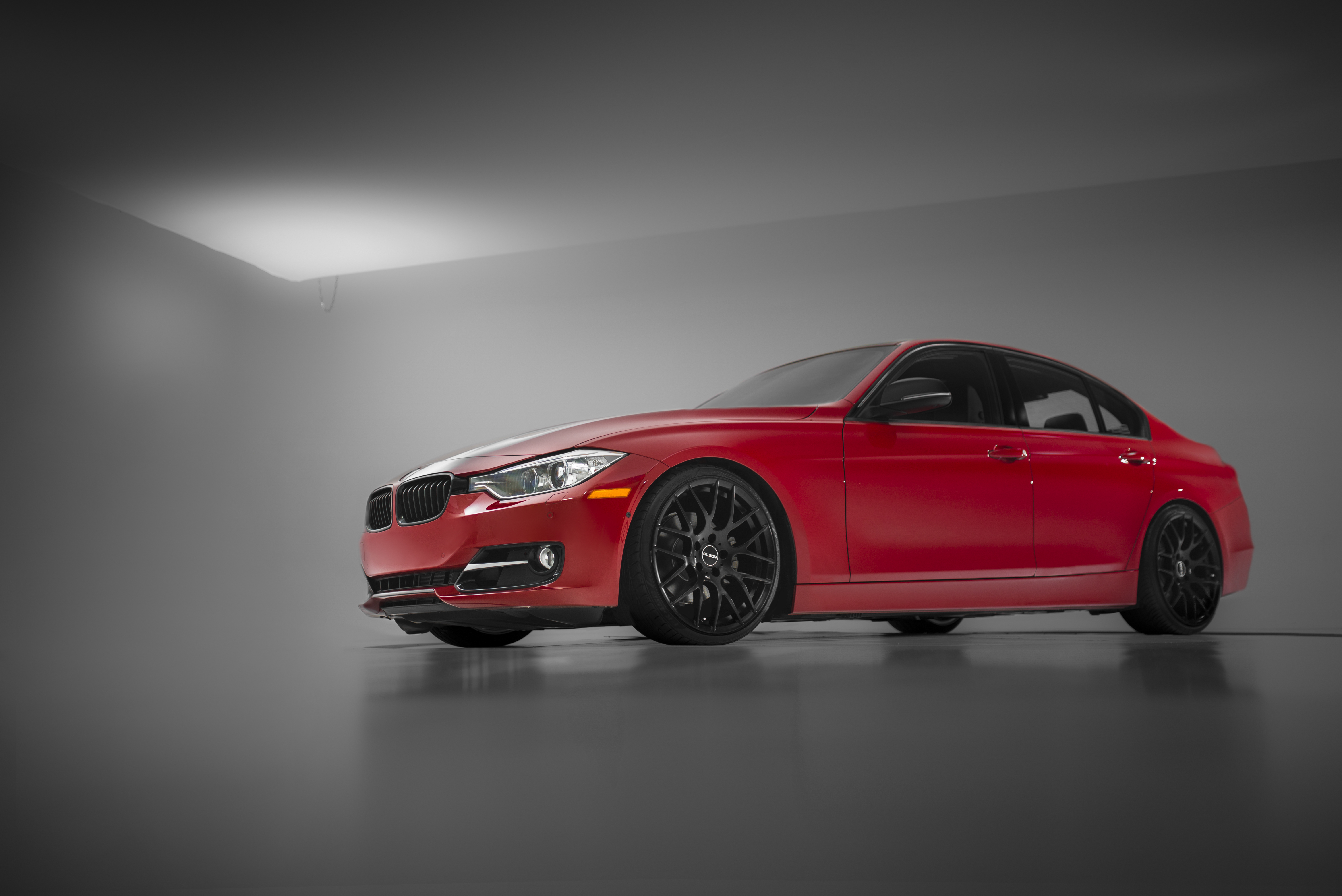 The equipment list, as we mentioned, is extensive. The new F30 335i xDrive comes with that same comfortable, yet sporty, leather interior, but offers loads more tech than its spartan ancestor. The digital display screen centered above the climate controls, which is now flat and accessible to passengers, doubles as a navigation screen and total computer. The additional capabilities of that computer completely overshadow its distant relative OBC featured in the E30 and make it look like an off-brand calculator. The optional heated seats, heated steering wheel, HUD speedometer, and 6-speed manual transmission make the 300 horsepower 3-series comfortable year round and a blast to drive, giving a nod to its predecessor with that still available manual gearbox.

The engine is BMW’s N55 twin-scroll turbo straight six, which offers no shortage of fun. While some of the ‘purism’ is lost in the boosted engine and electric power steering, much of what made the E30 325ix so fun is still present in the F30. However, the F30 is more comfortable, dependable, powerful, and convenient with its larger size. All the extra space, two additional doors, and loads of equipment like the backup camera make the F30 technologically advanced even compared to competing vehicles in its segment, especially in terms of the overall quality of those components. 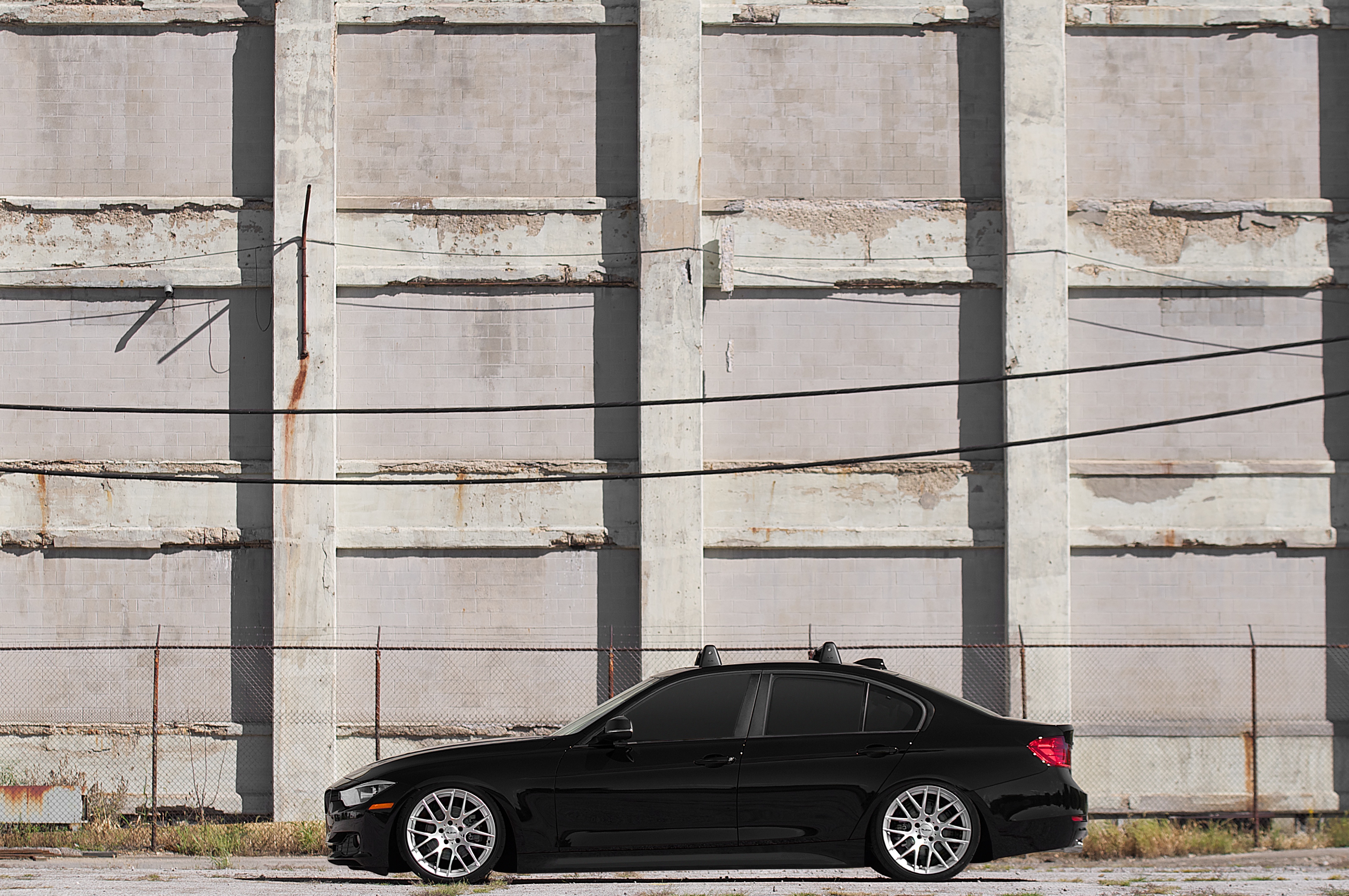 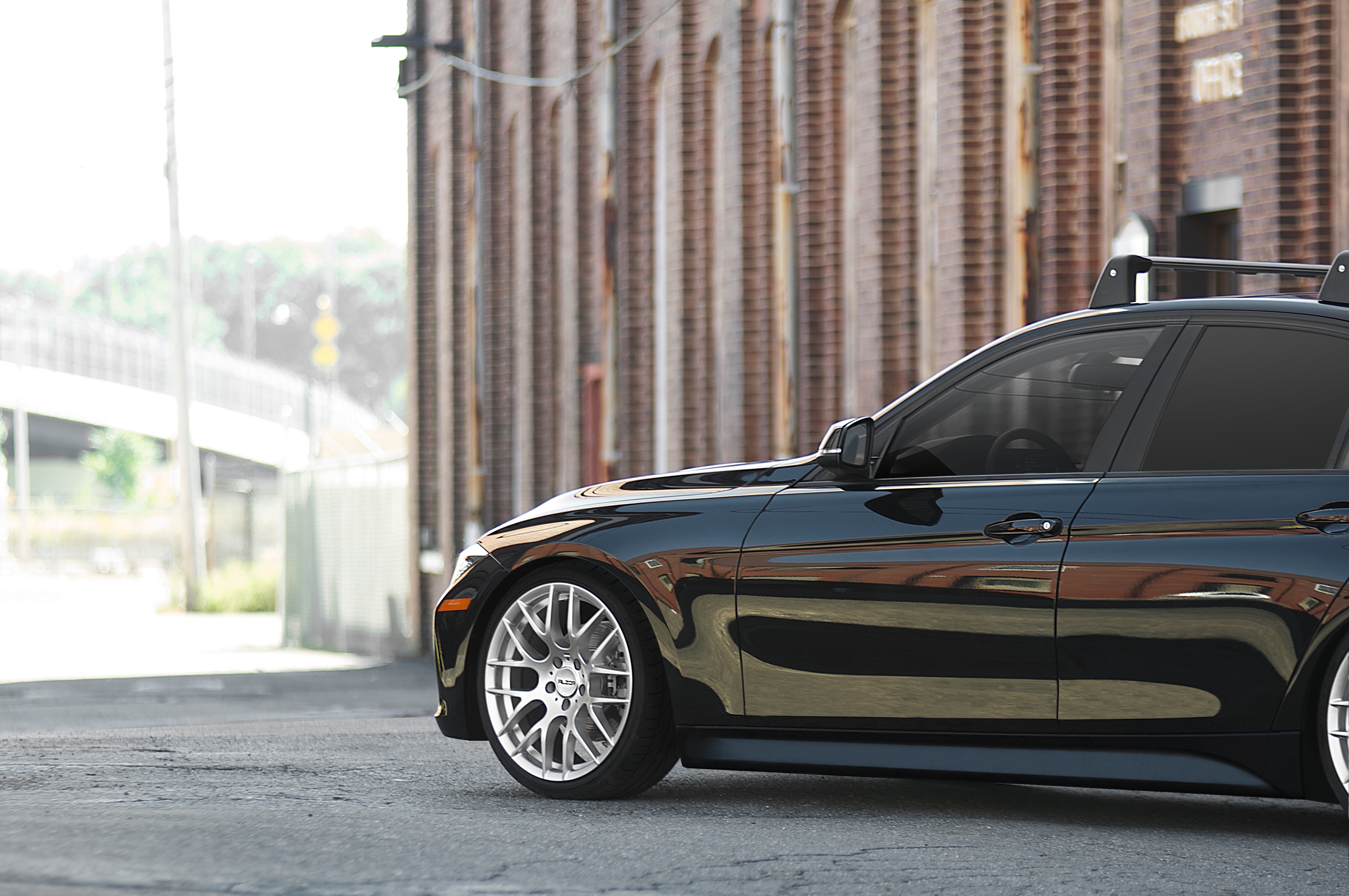 Now that we have looked at the two, let’s compare them in the fake world where they are both sold new side-by-side today. The E30 featured almost no equipment, little space, was initially only available as a coupe with the manual transmission, had a paltry 165HP SOHC M20 engine that made about 17mpg. The F30 335i xDrive in its top trim offers a head-swimmingly long equipment list, is brimming with the latest technology, has double the horsepower as its older brother, makes better fuel economy, and is available as a silky-smooth automatic or engaging 6-speed. When we look at the inflation-adjusted difference in price between the two models, it is staggering to think BMW somehow produced this most recent 3-series to sell for $25,000.00 less than its sparsely-equipped cult classic E30.

Used does tell a different story, however. The E30 is, as we said, is a cult classic. Its distraction-free cockpit, connected driving feel, and go-anywhere attitude with the beefy AWD system make the E30 one of the most rewarding driving experiences, even if you have to throw your foot through the floor to coax any speed out of the car. The F30 is more removed, full of convenience features and tech like the keyless start, in-your-face information screen, an absurd number of buttons, and has definitely lost some of those ‘fun’ characteristics that made driving the E30 such an absolute blast. In used form, a clean E30 325ix coupe 5-speed can be taken home for around $10,000.00 while F30’s are still sitting upwards of $30k. 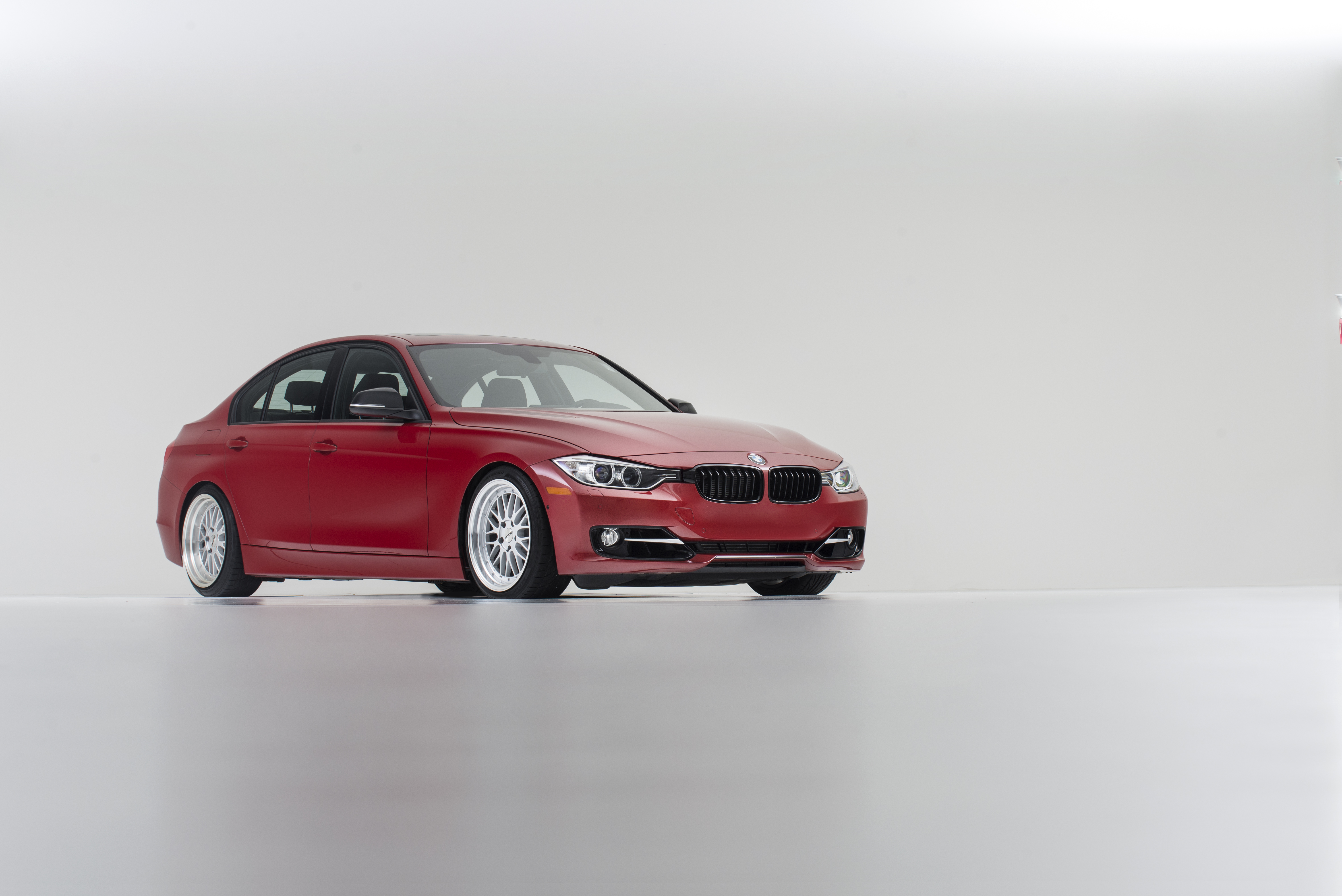 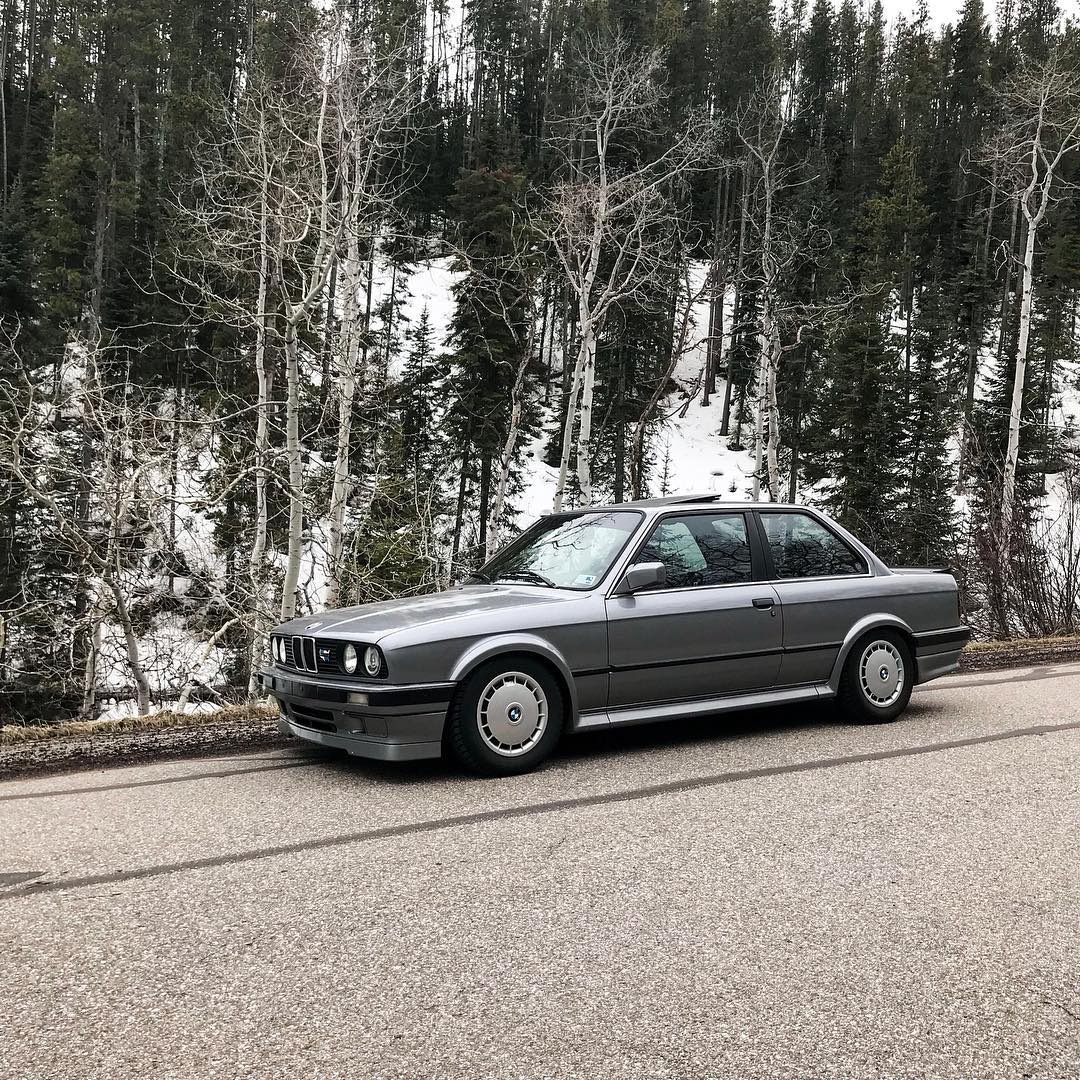 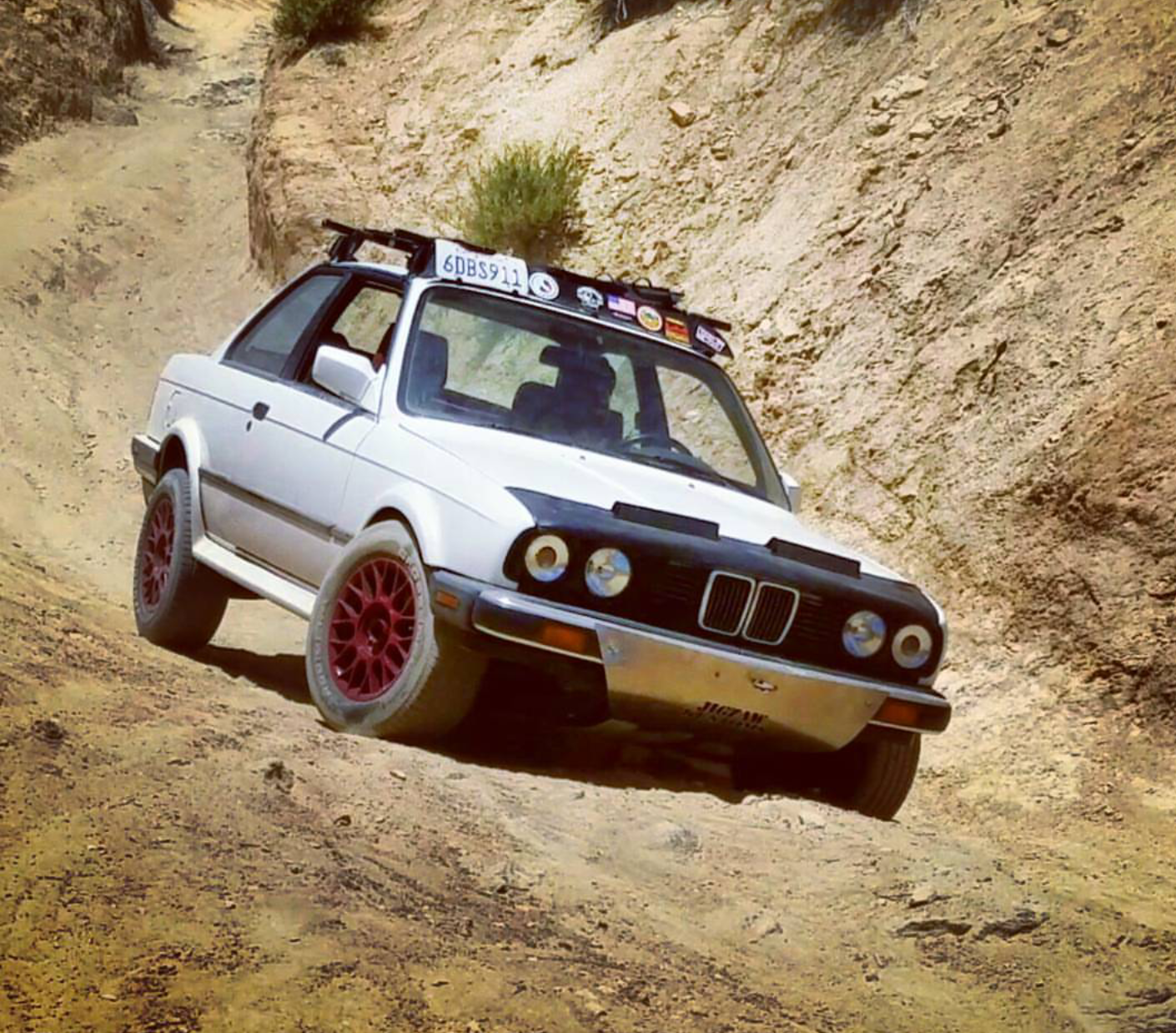 Given the price difference in used 3-series, what equipment is offered, and the enjoyment factor is taken into account, this writer would have to say the new F30 is a much better deal for the money when compared directly to the E30’s absurd original retail price. However, the two on the current used market would elicit a different response. The E30, in this writer’s humble opinion, will always be the better investment. With the market moving towards more technology and less driver-reliance, a 180-degree turn provides a refreshing change to your commute. What’s more, the E30 is a vintage car that is still relevant today as a used daily driver or period-piece for any enthusiast’s collection. This makes the clear-cut choice for a used buyer who can live without a few modern conveniences to lean towards the time-tested E30 325ix coupe for the best driving and ownership experience.

Our final arbitrary score has to side with a used E30 in today’s money, but admittedly, stacking the adjusted retail prices against each other, BMW clearly did more with less to produce the amazing car that is the F30 335i xDrive. How BMW was able to only raise the MSRP by around $12k in today’s money is a testament to their efficiency and how far the technology in manufacturing has advanced since the E30 was the pinnacle of economic performance. Of course, whether you own or are about to purchase an E30, F30, or any 3-series in between, ECS Tuning has everything you need to make your 3-series perfect in your eyes. Take a look at our inventory to restore your old E30 or deck out your F30 for the street, track, show, or just your own enjoyment. If you are interested in finding your own E30, be sure to check out our other article detailing what to look for during your buying process!

Special Thanks to Howard Guzman for his pictures of his White on Cardinal 325ix Coupe. Check him out at @mr_jigzaw