The History of the GTI

Everyone bring your baseball bats for this edition of the ECS Tuning blog because we have a dead horse that we want to beat. The horse in question is the Volkswagen Golf GTI. As a European tuning company, a staple of our market is the GTI owner segment. The GTI sits among the most popular models chosen by our customers and has seen the production of over 2 million cars worldwide, making it incredibly widespread. With the high numbers of owners, enthusiasts, and total cars produced, it begs the question as to what makes the GTI such a successful car. To answer that question, we need to dig into VW’s history a bit and see what has made the GTI such an iconic car to many and the preferred choice for enthusiasts all over the world.

Okay, so the question really does have a simple answer. The GTI is popular because it is a fantastic car that is balanced well, is exceptional to drive, and gives sports cars with more zeros on the end of their MSRP a real run for their money. What made the GTI embody those properties, however, is the root of the question around what makes the car so good.

Like our other articles detailing the history of the RS7 or why the M Coupe is the best M car ever made, looking into the GTI’s most wonderful qualities took a bit of research. The car is well known by almost anyone with a driver’s license and a mild affinity for automobiles in general, but the history and subsequent movement spawned by its early success may be less than common knowledge. The story of the GTI starts similarly to other left-field successes: as an act of defiance by someone with a real vision.

In the 1970’s, America and the world experienced a gas crisis along with struggling economies. The economic situation caused automakers to ditch big, heavy, gas-guzzling models for smaller, lighter, more fuel-efficient cars. VW was no exception, and it introduced the Golf for Europe in 1974. The little hatchback had been intended to replace the nearly 50-year-old Beetle as the affordable family car from Volkswagen. Known for its general awfulness and relatively unchanged design for its entire production run, the Beetle was always supposed to be ‘the people’s car’. The same mindset gave us the original Golf in 1974, but a complete 180 would propel what would have otherwise been “the square Beetle” into motorsport history.

Shortly after its release, a VW marketing executive saw immediate potential in the Golf as something more than just an affordable family car. He saw the opportunity to make an affordable performance car, which was unheard of at the time. Performance cars were inconvenient, nearly undrivable on the roads, and financially out of reach for all but the wealthy elite. Volkswagen would soon change that, but not without serious push-back from the rest of the folks upstairs at their headquarters in Germany. Naturally, as any good employee does when they are told no, the man behind the GTI vision went ahead with a secret project. 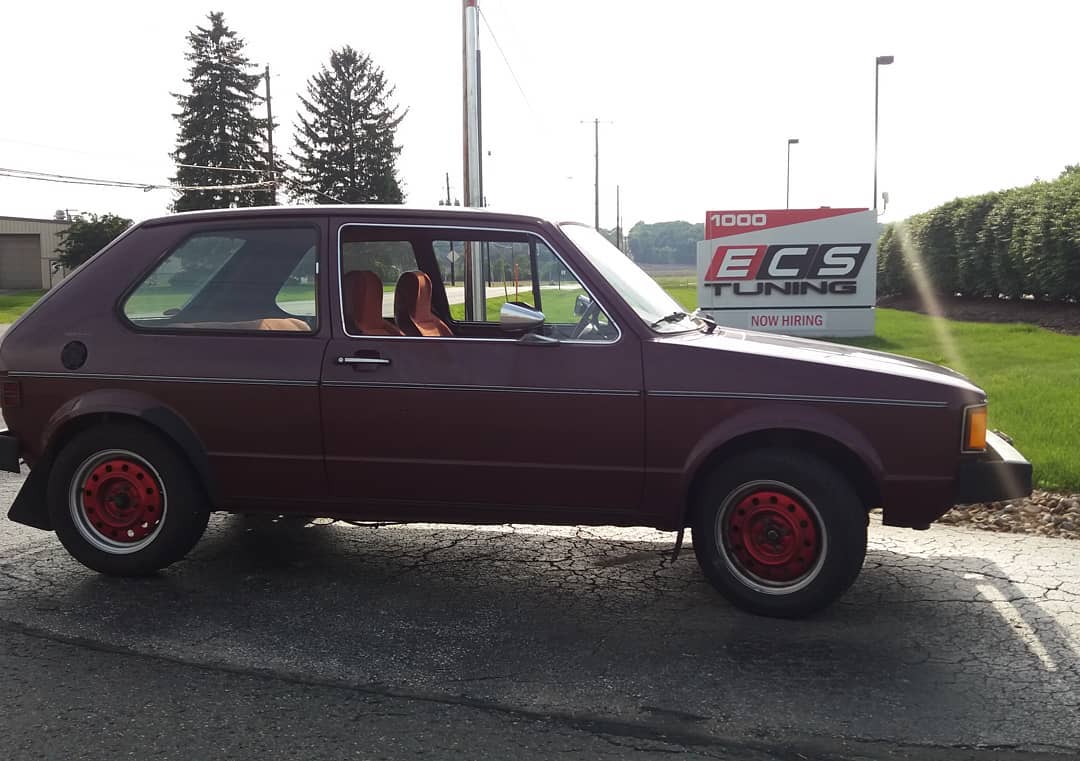 A six-man team secretly worked on what would become the GTI by stuffing a 110HP Audi four-cylinder engine into the Golf. The combination was an instant hit with the previously nay-saying VW executives, and a production run of 5,000 units was approved. The GTI went on to sell 420,000 units. Take that, members of the board! With the launch of the original GTI, performance became affordable to anyone without the need to sacrifice convenience features like a trunk or passenger space. For the first time, a taste of excitement behind the wheel was within reach. This spurned an automotive movement that has continued to this day known as hot hatchbacks.

The GTI MK1 performed so well that VW decided to bring production to America. They opened their first plant in Westmoreland, Pennsylvania and became the first foreign auto manufacturer to begin producing vehicles inside the United States. This alone is groundbreaking, as nearly every manufacturer followed suit. We now have production plants for dozens of car makers and the US economy was given a much-needed refresh as a result.

After the MK2 began production in America, it was clear the hot hatchback had cemented itself in the hearts and minds of enthusiasts all over the world. The MK2 received such high praise that it is still considered one of the best cars ever produced and has almost received every award from every independent reviewer who has written anything about cars. It even took home the coveted Car and Driver Car of the Year award after its release, which further helped expand the fanbase of the affordable hatchback. 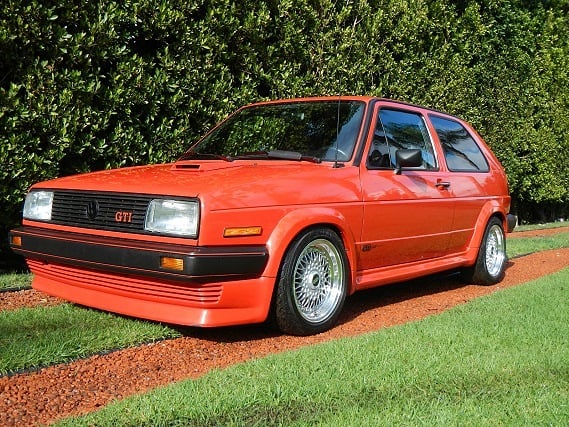 The MK2 saw little change, but the MK3 gave enthusiasts the ‘modern’ GTI. The MK3 introduced the 12v narrow-angle VR6, which became a famous engine in its own right during its nearly 10-year run as the peak performance engine for the hatchback. Although it did receive a beefier 24v update that was seen in the R32, the VR6 ceased production in 1993. It would seem the ‘big engine in a small car’ concept did not ring true for VW as it did for BMW, Mercedes, and Porsche in some of their similar projects turned production cars. What the MK2 and MK3 did do was spark the hot hatchback fire which spread across Europe and into the United States. Without the MK2 and MK3 GTI, cars like the Peugeot 206, Fiat 500 Abarth, Renault Clio, Ford Focus ST, and even the WRX and STi would probably not have existed.

The GTI continued with the MK4, which was a fantastic car that offered an R32 version. The R32 famously featured a 3.2 liter 24v VR6 and would be the last to do so with a manual transmission option. After the success of the MK4, which held onto the boxy original styling of the MK1, VW decided they had made enough cool cars. 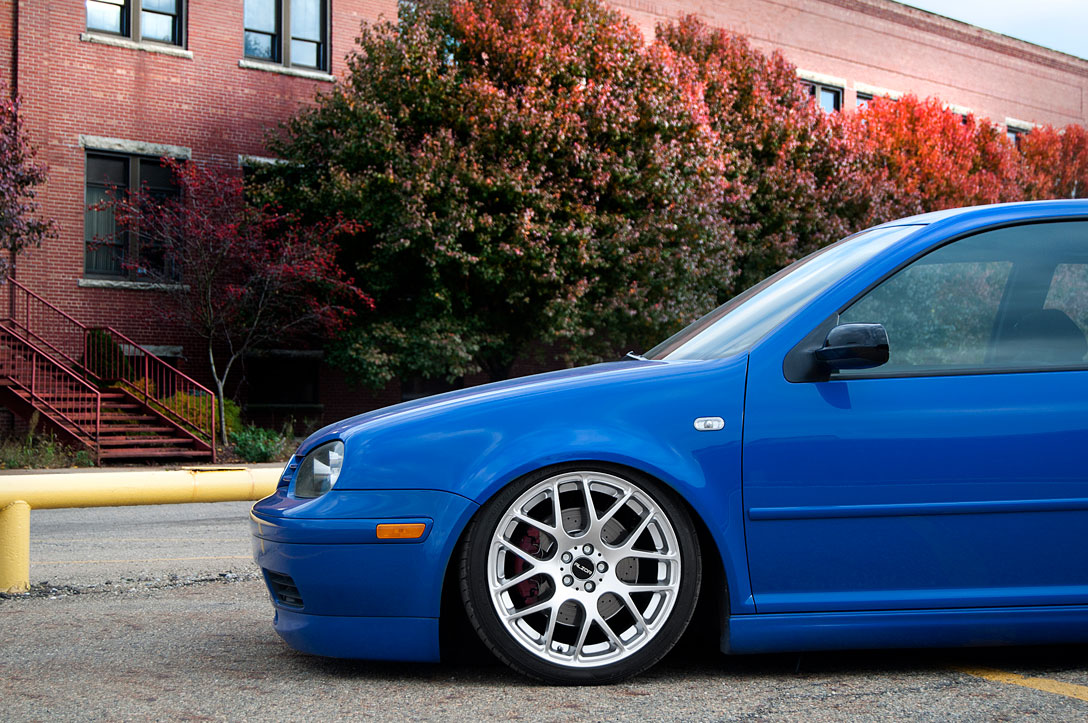 The MK5 was atrocious. It was ugly, only offered its R32 variant with a Dual Clutch Transmission, and the four-cylinder versions were prone to failures. They did offer a Fahrenheit edition, which was orange, and proved that Germans have a terrible sense of humor. “Look, vee made ein car orange und called it Fahrenheit! Vee are so silly!” It offered no benefits besides an even more atrocious paint job that called attention to the already lackluster body of the now egg-shaped hatchback. Nothing more should be said about the MK5. 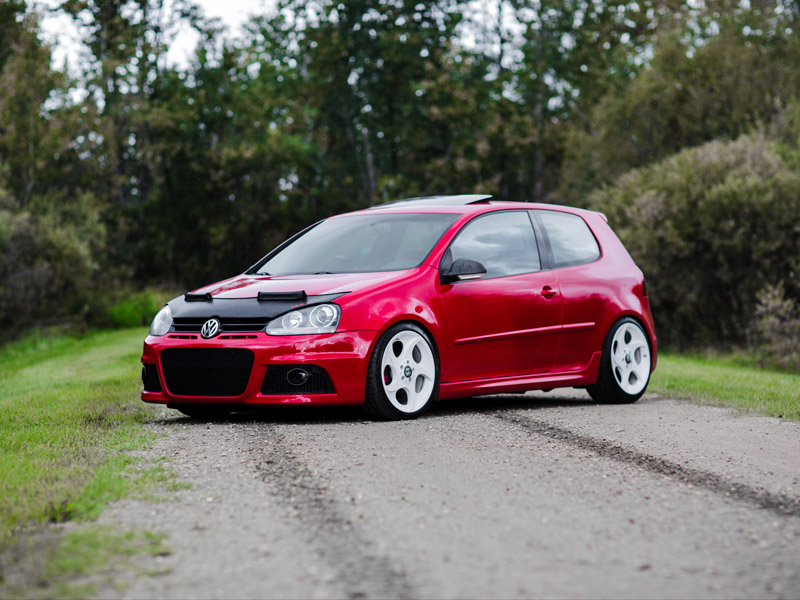 The MK6 was released as a facelifted MK5, but several ‘problem’ areas were corrected to make the car more appealing. Aggressive styling, updated interior features, and more contemporary characteristics made the MK6 feel more like the original GTIs that stole our hearts back in the 70’s and 80’s. After the MK6 came the MK7 and now MK7.5, naturally, since the GTI is still produced. 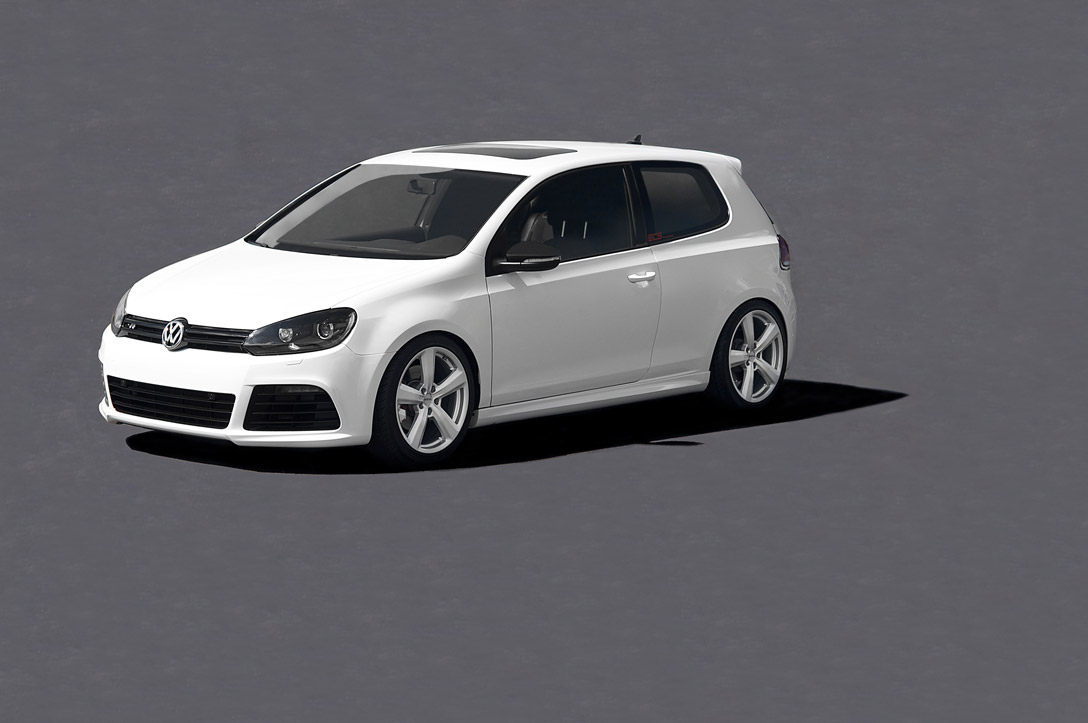 The world of motoring was irreversibly affected by the introduction of the GTI in the 70’s as it spurned a love of automotive enthusiasm for the every-man that still holds true today. With the almost 180-degree turn from the vibe of the Beetle, the GTI was able to have a successful 40-year run that persists today as a beloved car that ushered in the era of affordable performance. Thanks to the MK1 GTI, the automotive community was forever changed for the better, or so we think. Let us know what car you think was more influential or throw us ideas for cars we should talk about next!