In 1981, Porsche debuted their ‘new’ 924 GTP Le Mans as the replacement for the love-it-or-hate-it 924. This car would see the roads as the 944: another front-engine, rear drive, water cooled four cylinder Porsche. The more traditional vehicle layouts adopted by Porsche during the late 70’s through the 80’s were widely considered to be immensely less popular than their air cooled 911 siblings, but that did not stop enthusiasts from seeing beauty in the cars. Enthusiasts like Mike, who purchased this 1983 Porsche 944 with the intention of driving it this winter, are the ever-present market for these odd little glass-backs. Compared to the E32 and W124 I already covered, however, this Porsche is the one to watch most closely throughout the winter thanks to its less than ideal condition. 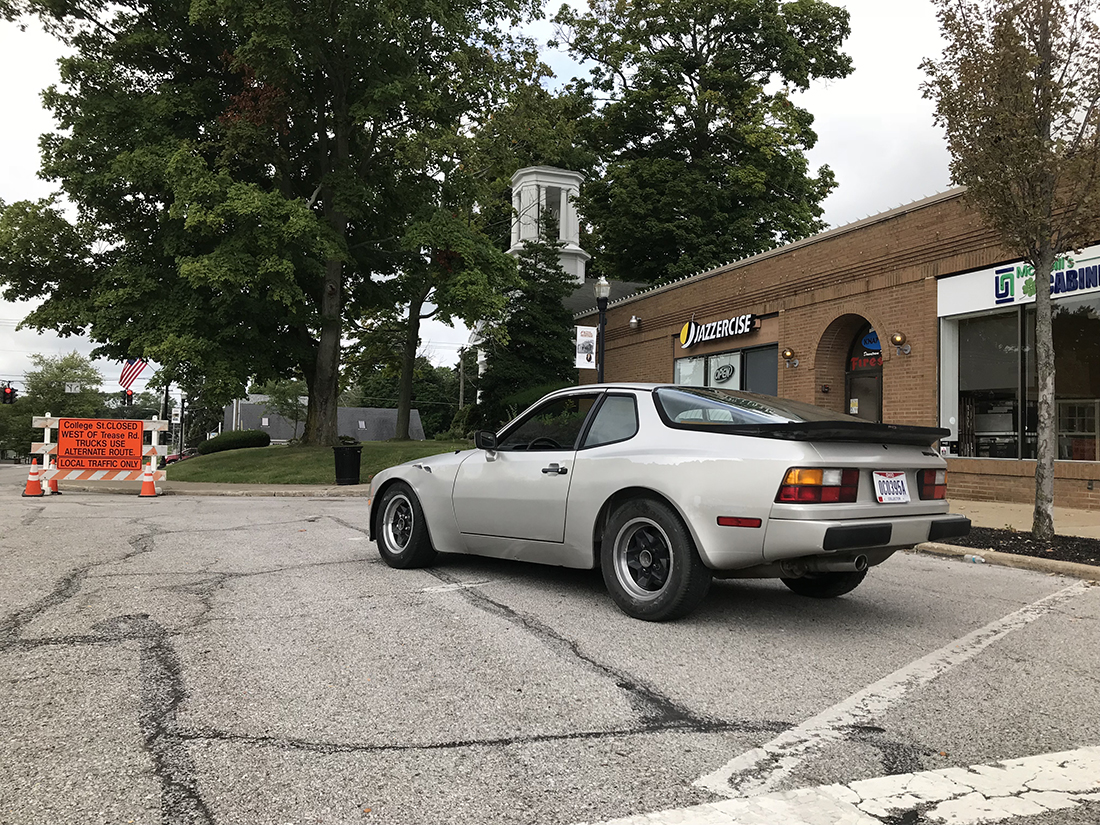 Mike was kind enough to toss the keys to me for a test drive to see what, if anything, would make a Porsche 944 appeal to someone. As a Porsche enthusiast, my experience is limited to 911 models. Until recently, I had not encountered the community of Spec 944 drivers who reach the absolute peak of what that platform is capable. Seeing a pack of 944’s screaming around Mid-Ohio on a Saturday afternoon is enough to make anyone curious, which just added to my anticipation of driving Mike’s beater 944 today. So I hopped in the once gold-colored Porsche and took it for a jaunt around some back roads. 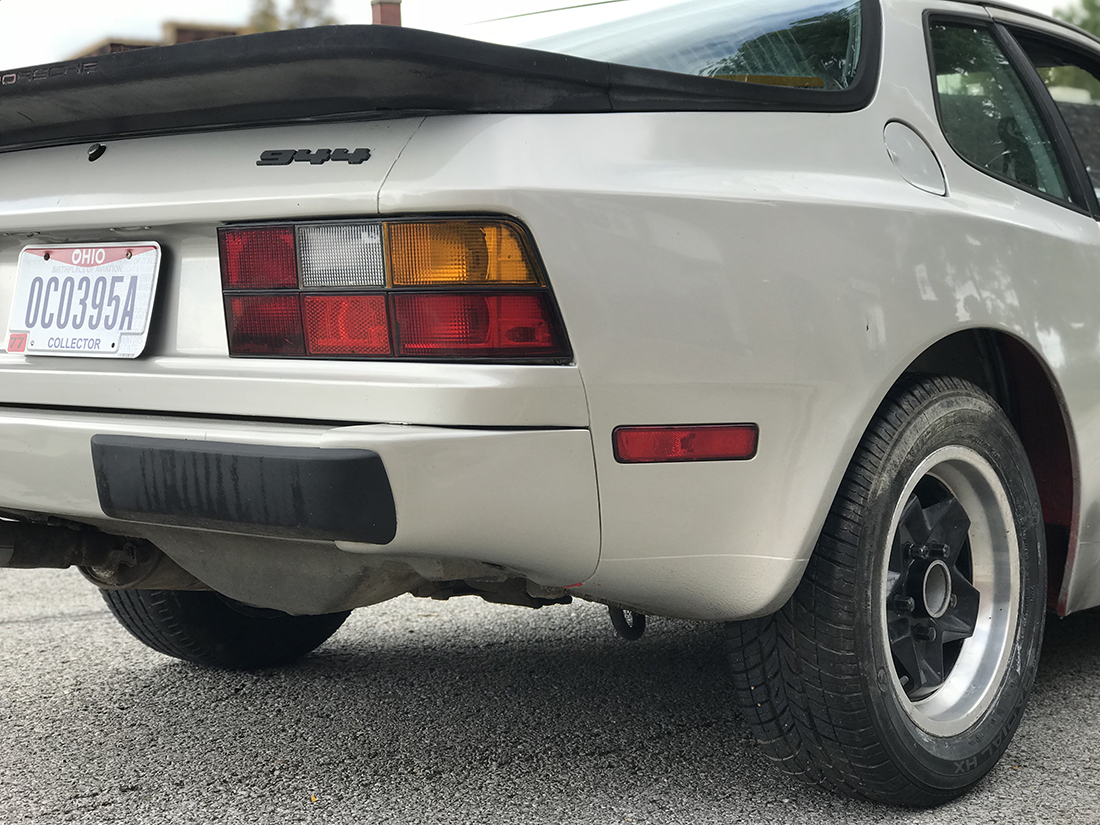 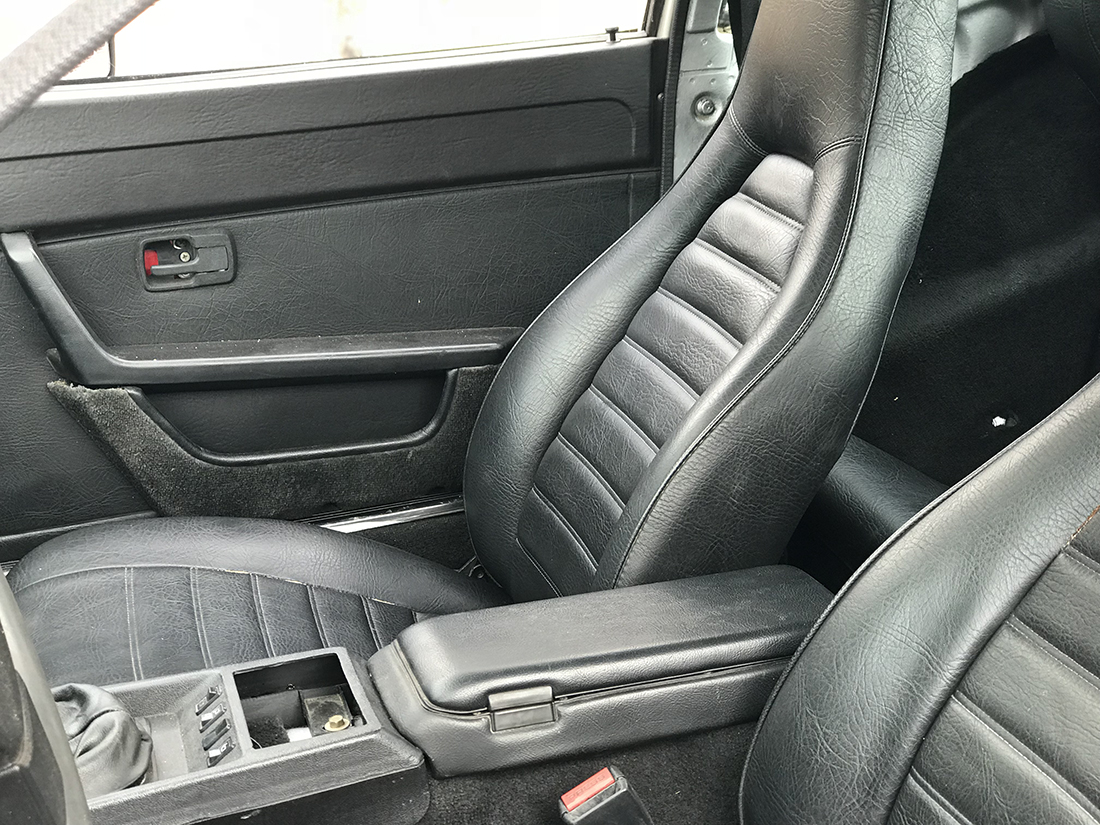 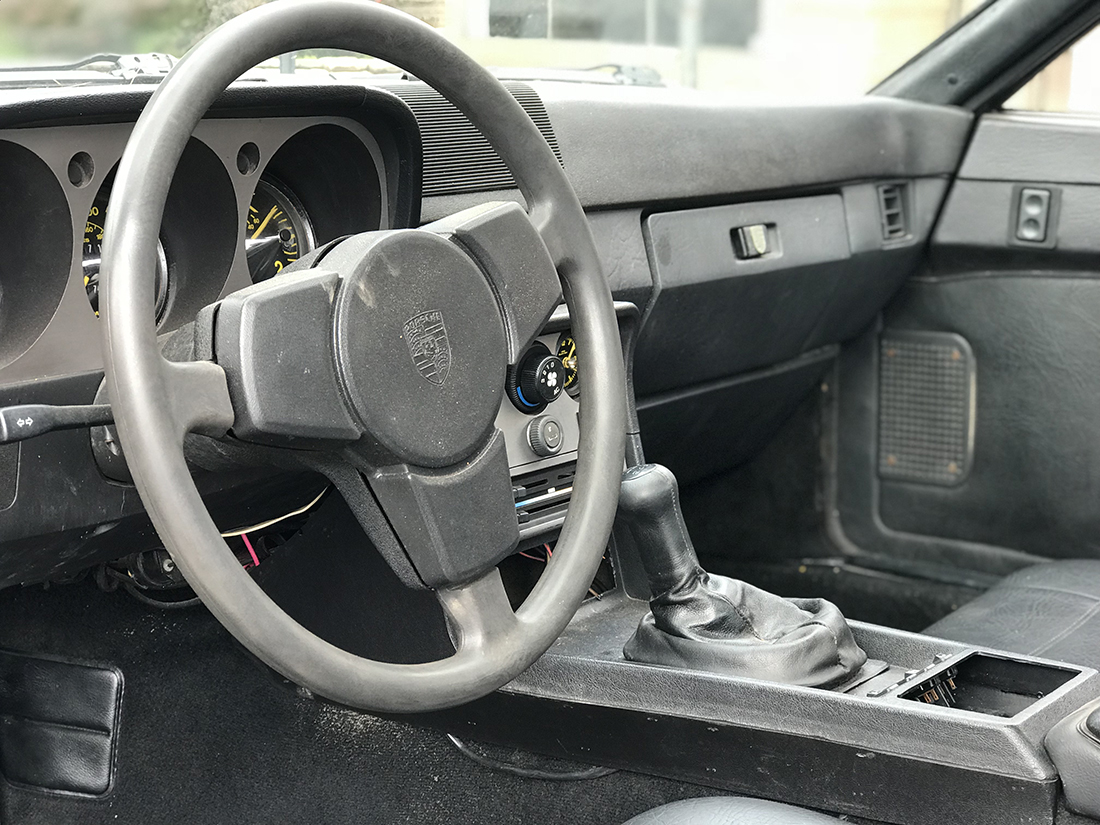 I quickly realized that this car is probably unsafe for public roads. Beater, in this case, is an incredibly kind way to describe this particular Porsche. The car just received a new water pump, thermostat, coolant service, and timing belt at the hands of its new owner, but there is a long way to go before this car is anything but three wheels in the crusher. The car shakes, rattles, bounces, and utterly jars its driver thanks to its atrocious suspension and alignment. Third gear grinds no matter how gingerly you engage it while the throwout bearing sounds like it might explode at any moment with each release of the clutch pedal. However, a certain responsiveness is hidden underneath that make me see something redeeming about the chassis. 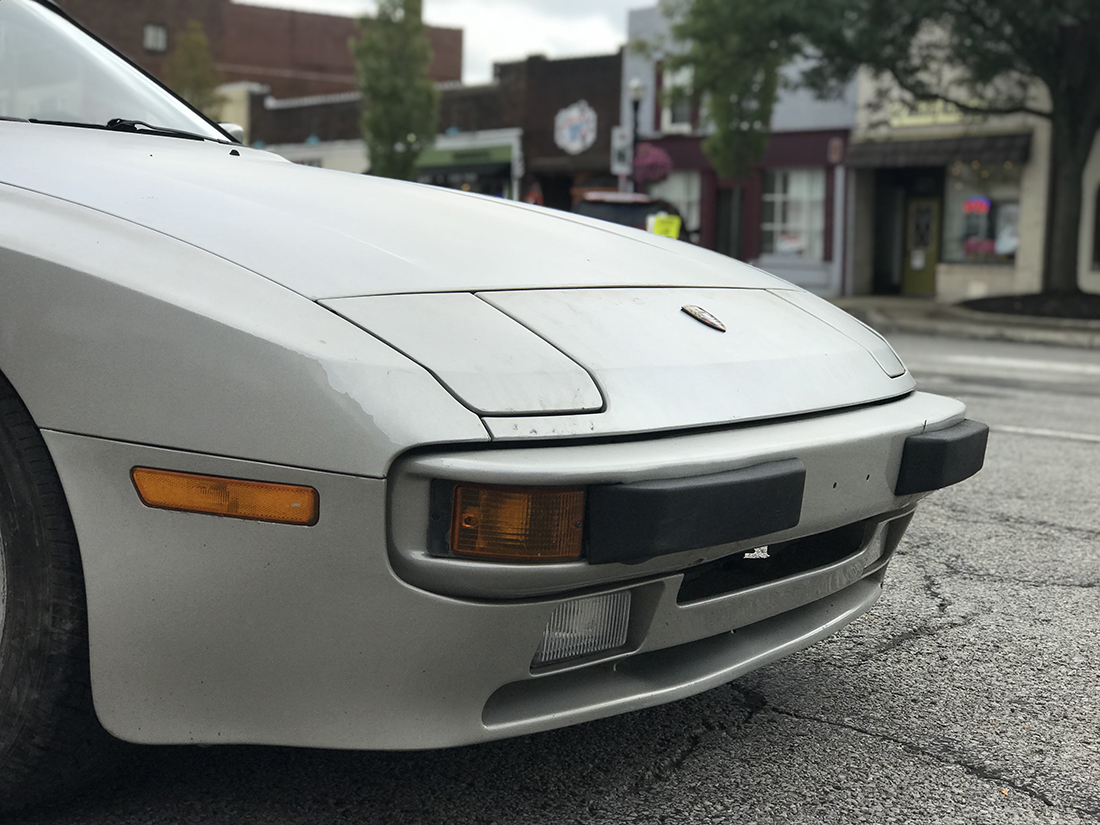 To compare this 944 to a farm truck is an injustice to farm trucks everywhere, but something beyond all that terribleness struck me as I spent more time with the shaky Porsche. The car just felt like it wanted to be driven and saved. The longer I drove the Porsche, the better it behaved until the quirks with the old engine smoothed themselves out to become a relatively pleasant driving experience. Undoubtedly, when the suspension and alignment are fixed, the car will take on a fresher driving feel. Until then, though, any fillings Mike has will probably become quite noticeable during his commutes. 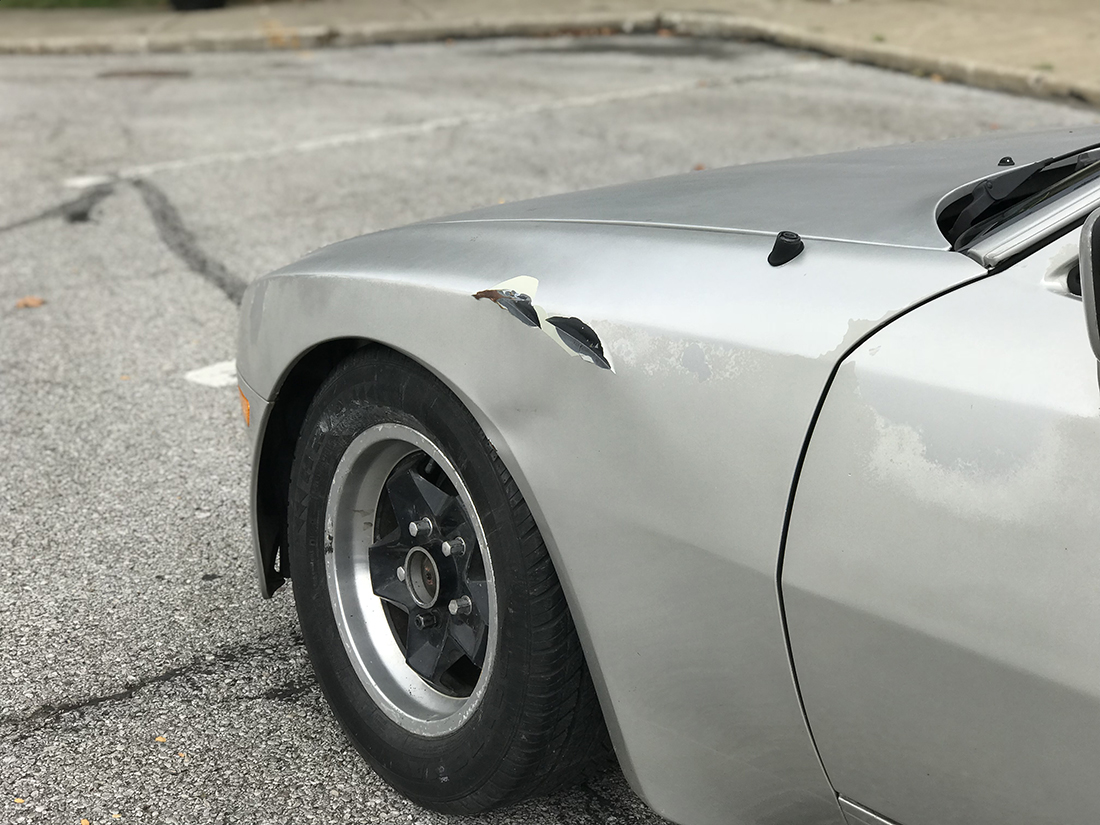 If you have picked up on the pattern here, then you most likely see that despite all this car’s ‘character flaws’ and ‘areas to improve’ there is a subcutaneous layer of awesomeness beneath the surface atrocity. What the 944 lacks in power, dependability, creature comforts, or rearview mirrors, it makes up for in an endearing drivability that is distinctly 1980’s. There is something about cars from that era, specifically European performance cars, that all share a similar characteristic from the driver’s seat. The mechanical feel to everything, the oversized rocker switches for the windows, and the materials used to construct the interior all have that chunky 80’s feel we know and love. What’s more, the low-slung driving position and well-balanced chassis make driving the car at any speed feel like you are most definitely behind the wheel of a performance car. Even if that performance is undeniably poor. 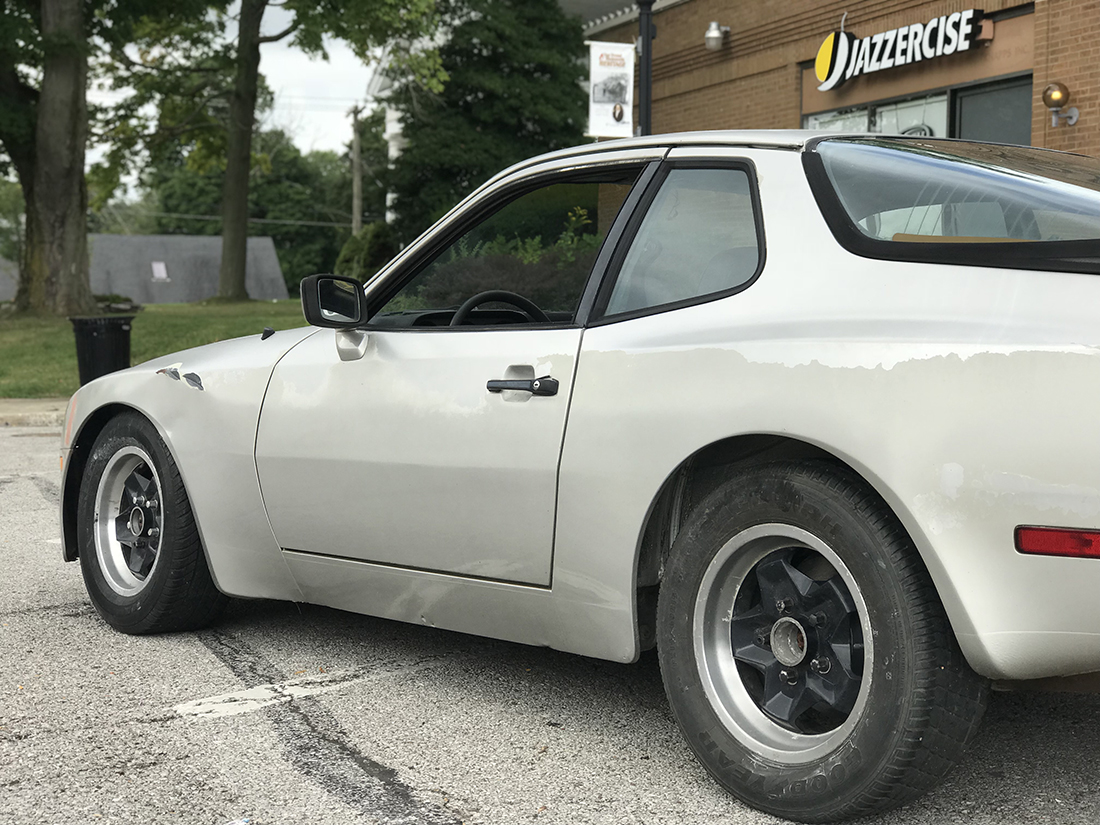 With the temperature gauge indicating not all of the air had been expelled during its coolant flush, I headed back to the facility in the bouncy 944. There isn’t much to redeem this car in the mind of someone less dedicated, but a committed enthusiast like this car’s owner sees the diamond buried in a lump of coal. With new tires, suspension, and some other maintenance concerns addressed, this 944 has potential to once again be a car that engages the driver by providing budget fun in a rear-wheel-drive platform. With other similar examples at rock-bottom pricing, I have to agree with Mike’s decision to purchase this scrap heap of a Porsche for so little that remaining funds can go to much needed refreshing. There is potential here with this broken old car, and we are all excited to see whether it is revived enough to provide thrills all winter, or if it will live on the back of the truck of shame. Stay tuned for more dilapidated old European cars in the near future as more challenges are added! 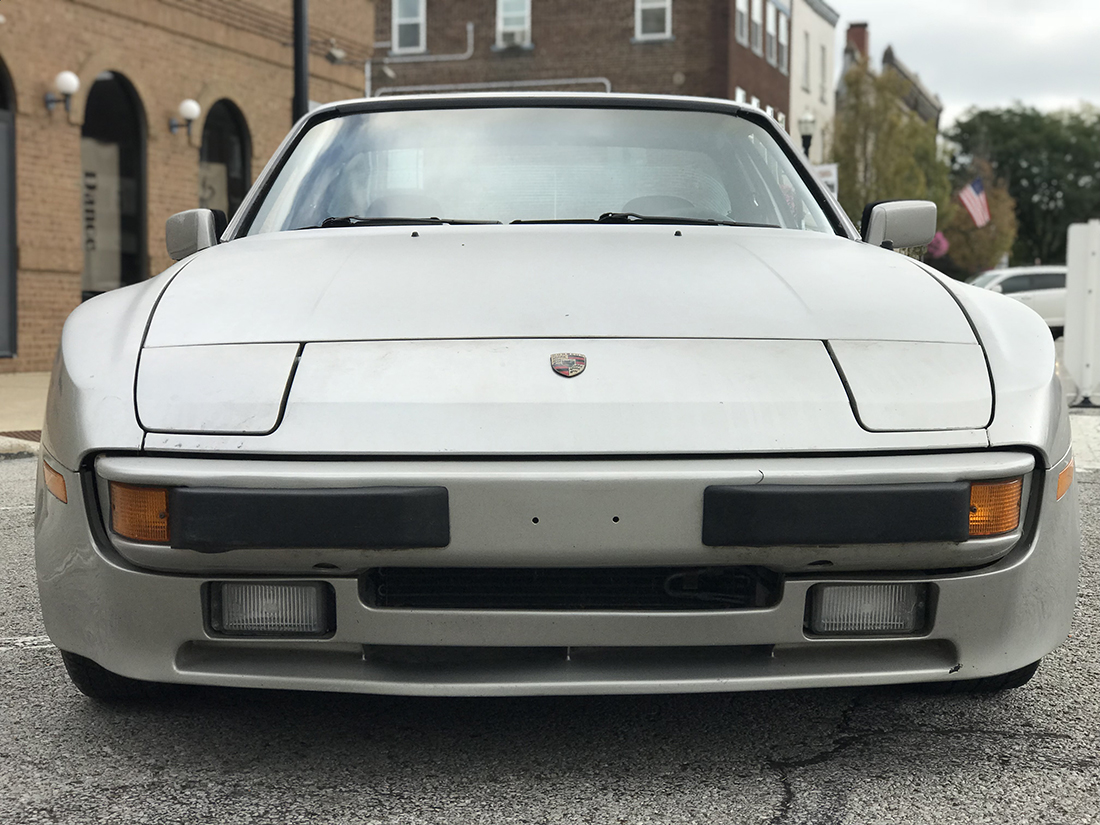 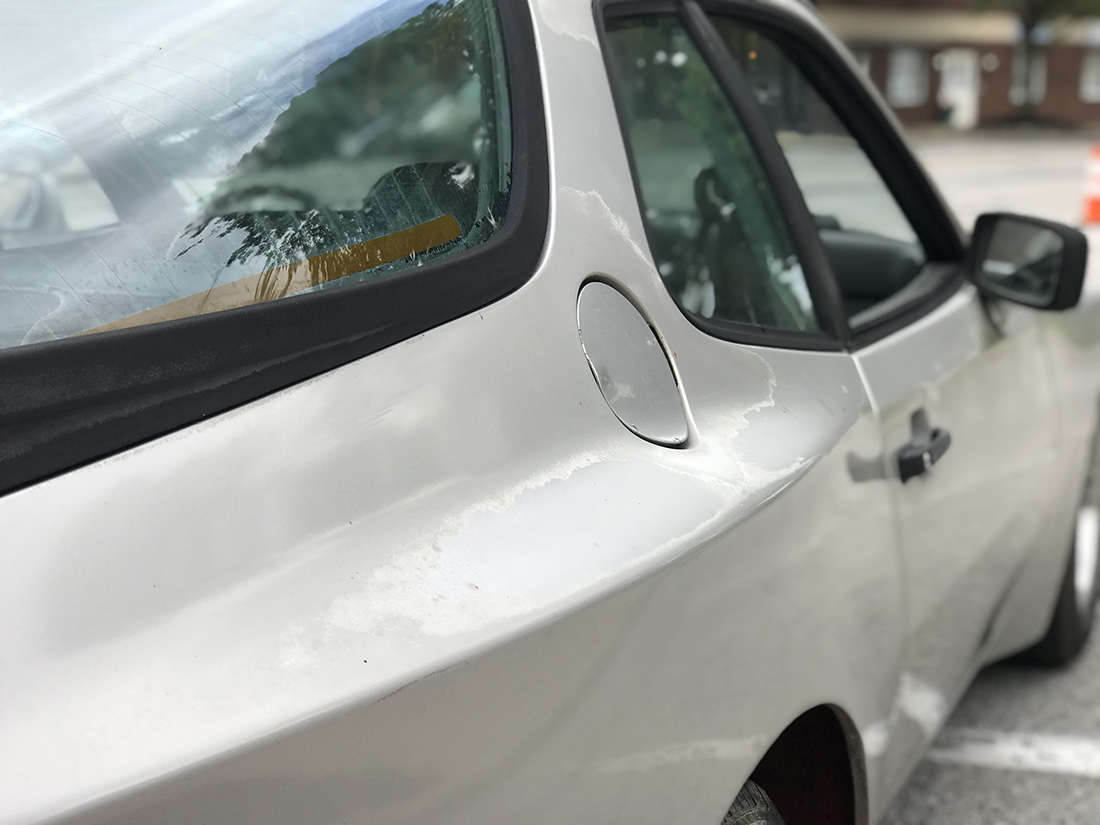