Winter for car enthusiasts is generally the most depressing time of year as the weather prevents us from engaging in our favorite past times. The conditions add difficulty many would consider being more than enough reason to stay inside. They would prefer to just drive that reliable truck through gritted teeth while they wait for the snow to clear. Some gearheads, though, look forward to the challenges presented by life north of the snow belt. Our friend Kevin is one such person as he has picked up a 1989 Audi 200 Avant Quattro 5-speed for the specific purpose of beating up all winter. 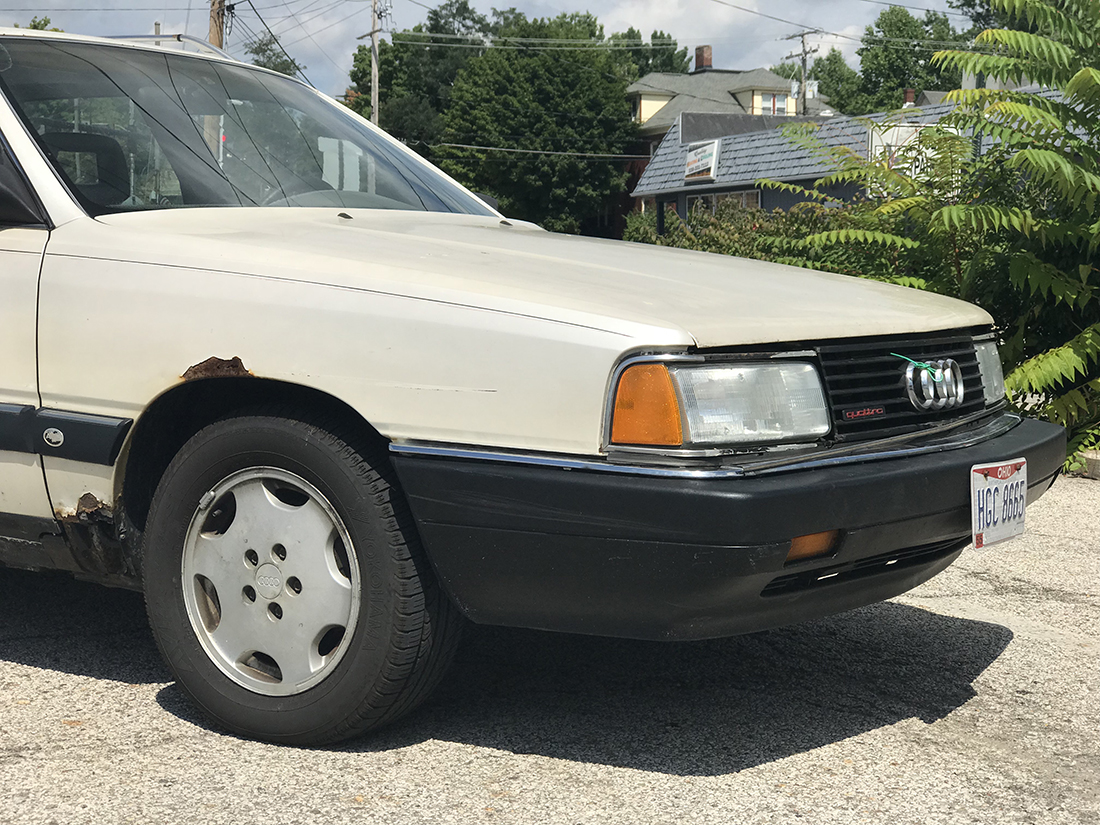 Like Zach, Rocky, and Mike in their winter beaters, Kevin has added his cards to the table with this rough around the edges Audi. The 5-cylinder turbo, all-wheel-drive, manual transmission wagon is the first of the group to actually appear to be a solid decision on paper. The Audi Quattro system made its name in the 1970’s and 1980’s with the beefy AWD capability that was purpose-built and tested to handle rough winter conditions. Beyond the Audi’s obvious strengths in its drivetrain, the car is made exponentially more practical since it is an Avant (wagon). That configuration offers roomy seating and a spacious cargo area for Kevin to carry all his spare parts, tools, and cold weather. Before he gave me a chance to drive it, I had already formed an opinion that this car would be too nice, despite its outside appearance, to be a source of entertainment this winter. 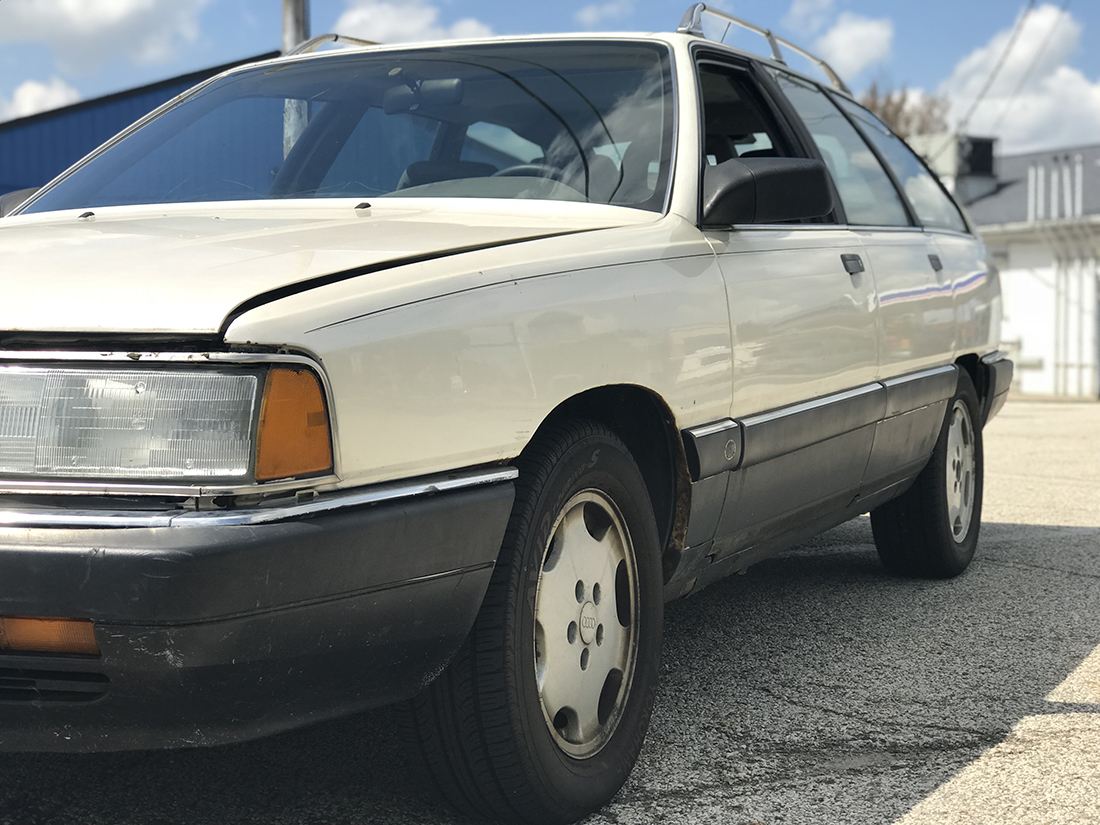 As I had with the other beaters, I asked Kevin to let me borrow his wagon so I could see what driving this 29-year-old junk pile all winter would be like. From the outside, the quirky wagon looked rough and rusty, but not particularly like it had been overly abused for its life as a family hauler. Kevin followed me outside to the car and instructed me that he needed to show me the starting sequence. Immediately my viewpoint began to change about the car. Kevin put the key in the ignition, reconnected the battery in the back seat, flicked the toggle for electrical power, and pulled out a hard-wired button to fire the starter before the German wagon rumbled to life. My expectations went completely through the floor. 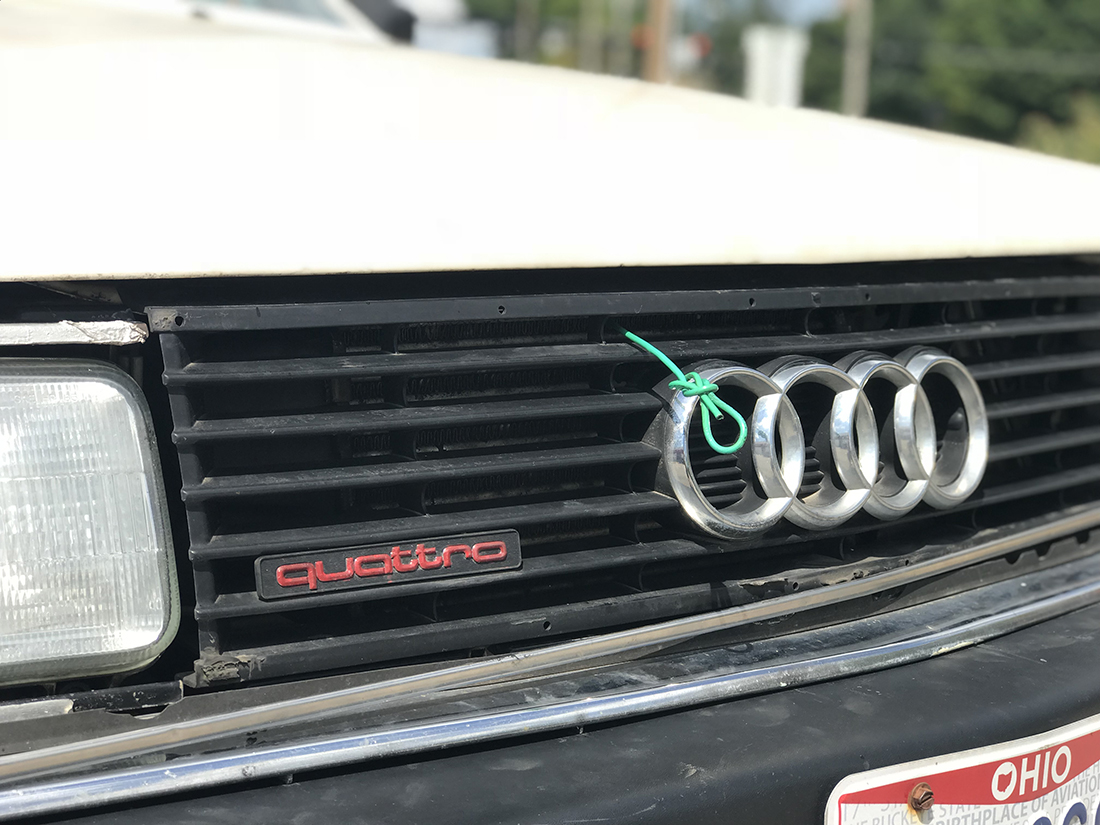 “Don’t stop too short, the brakes are a little weak,” Kevin warned as I closed the door and sealed myself in the wagon. I grabbed the shifter, put it in what I hoped was first gear, and took off. To call the gear shifter “vague” would be an enormous understatement. I felt like I was stirring soup rather than changing gears. Between the starting sequence, sloppy shifter, and atrocious brakes, I only slightly felt as though my life was in danger behind the wheel of this car.

After some time with the Audi, however, I began to enjoy driving it despite its apparent flaws. As a BMW enthusiast, most Audis are somewhat foreign to me and definitely not what I would call ‘engaging,’ with one exception. A close friend of mine who has appeared in a few articles, like the O.Z. Racing Futura 3 restoration post, has an S6 Avant 5-speed Quattro that I have driven with some regularity. That car may be slightly old, but it is in wonderful shape and meticulously maintained despite its advanced age. The 200 Avant in which I found myself was nearly a polar opposite feel, though I did like it for many of the same reasons I found my friend’s S6 appealing. Even though it was slightly bouncy, exhibited signs of extreme wear on the inside of the cabin, and had an indeterminate ‘wonkiness’ to the whole driving experience, I still enjoyed putting my foot down in second gear to hear the engine growl and turbo whistle as the car accelerated in a manner that did not reflect its appearance. Underneath the multitude of problems, like the other beaters I have driven recently, this one demonstrated it was not yet ready for the grave.

The similar feel to the other beaters and ‘don’t care’ attitude that accompanied the car almost overshadowed the impending sense of doom enticed by the state of the Audi. This is where I began to see the entertainment potential the Audi possessed. It is, in theory, the best car for the job at hand thanks to its equipment list and design. It is also a notoriously finicky platform, to which it provided its own evidence in the form of a mysterious current draw that would kill the battery if left attached with the power off for longer than a few minutes. If the point is to be so ironically perfect and terrible at the same time, this Audi may still have the winter beater challenge in the bag. 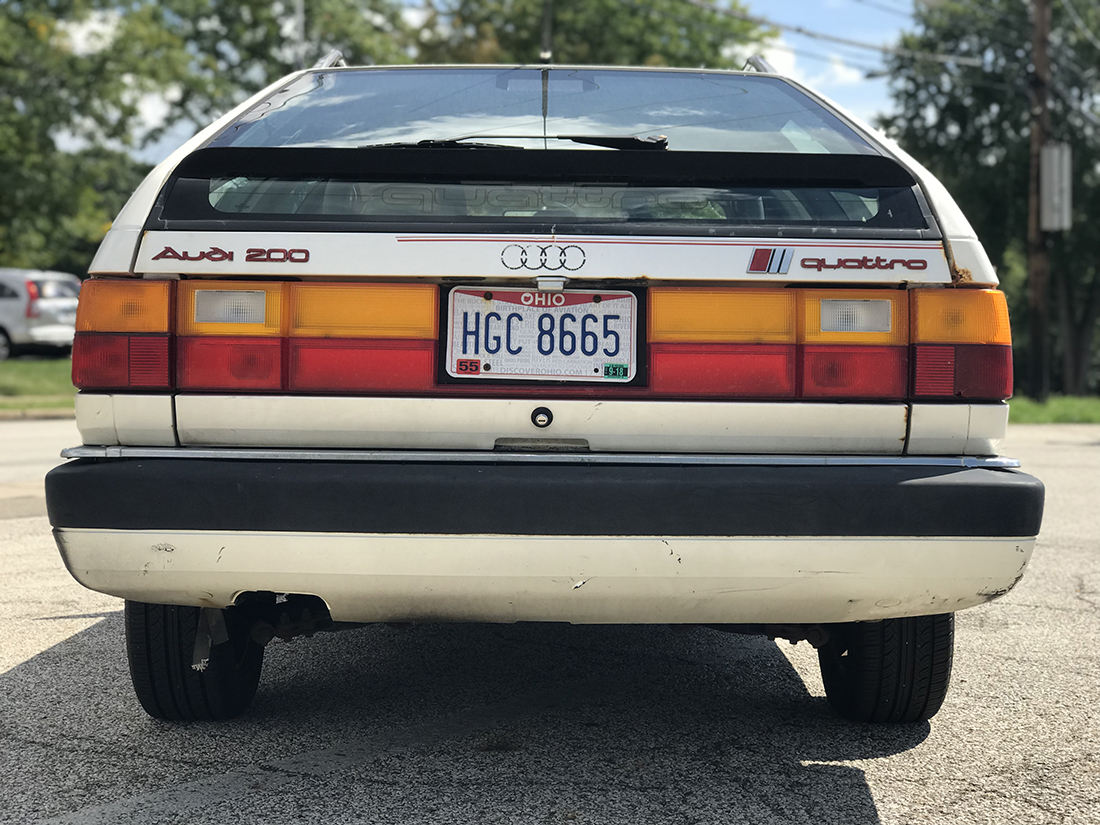 Still, though, this car is something special. It represents, like the others against who it will compete, a time when people enjoyed driving even if they needed something more practical like a wagon. The Audi exhibits traits that hint it once was a high-dollar family wagon owned by an enthusiast who refused to compromise their love of time spent behind the wheel with an automatic transmission and economical low-displacement, naturally aspirated, engine. While it may be a somewhat nerve-racking car to drive, it still provides a faint reminder that it was aimed at those of us who truly enjoy unique cars as expressive outlets for our passion. This Audi is by far the most interesting and most sketchy of the winter beaters we have seen so far, but something about the wagon, the Quattro system, and the manual transmission all together make me want to root for this car in the upcoming challenges. Hopefully, we see this car tackle some winter weather and perform beautifully, but more than likely we will bring you stories of roadside repairs and labors of love to keep the quirky Avant on all four wheels. 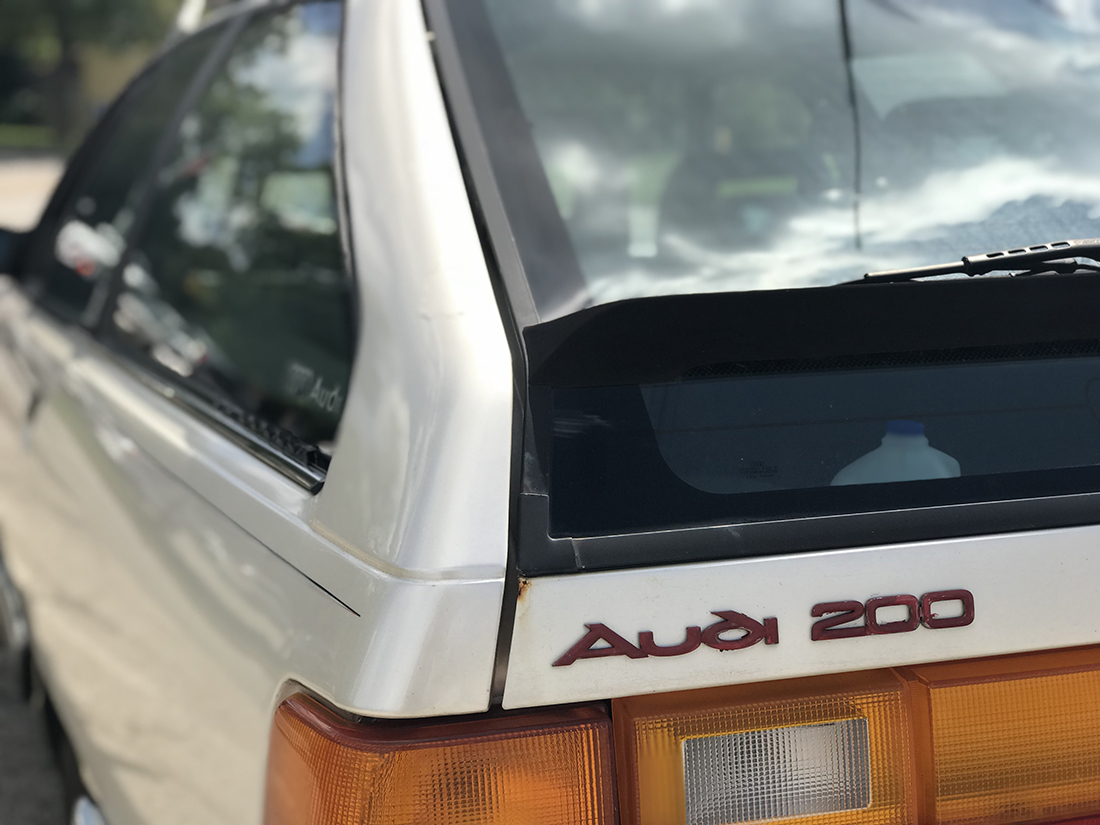