A Brief History of Audi and their Quattro All-Wheel-Drive

Advances in automobiles have demonstrated an oscillating balance between innovation in passenger cars and racing cars since the initial four-wheel vehicles. A discovery in one arena naturally leads to its adaptation in the other, which was usually paired with unparalleled success. Many of the advancements that come to mind are translations of racing components fitted to production models with a tweaked purpose designed for passenger cars. Variable valve timing, for example, is used in performance vehicles for additional power but used in commuter cars for better fuel economy around town. In the 1970s, a traditionally tame auto manufacturer from Ingolstadt made a discovery for passenger vehicles for which it would become synonymously known. Audi introduced the Quattro system and forever changed the racing world as well as cemented themselves in the minds of consumers as a desirable, sporty, economical option that has garnered a huge support to this day.

As a tuning company, we have the incredibly difficult task to improve upon some of the most capable and well-built cars to ever see the road. Audi makes up a large segment of our consumer base, and it is easy to see why. Their range of vehicles has something for nearly everyone between their compact RS3 to their flagship RS7 Sportback. Even a 5-cylinder turbocharged TTRS coupe offers unbelievable power packaged in a responsive, short wheelbase, frame built strictly for testing the limits of all-around performance capabilities. While Audi is known for their exceptional racing cars and their ability to adapt those technologies to production models, it was not always so. 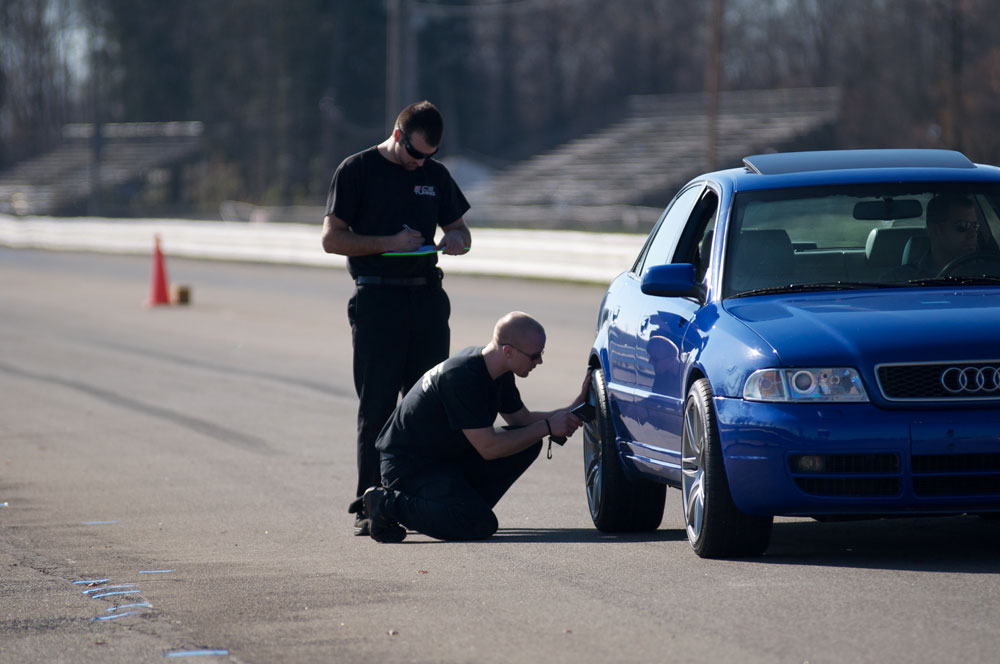 Audi began as a conglomeration of four auto manufacturers under the name Auto Union. The cars produced under the name Auto Union were stereotypical designs to the depression-era styles and were not intended in any way for racing. One of the founders, August Horch, was different in this regard, in that he had a love of motorsports. So much so that his financiers behind his first automotive company decided they had enough of his frivolous use of their cash and backed out from his company. The Horsch automotive company was no longer under his control, so a few weeks (literally, a few weeks) later he came back with another auto company in the same town. This time, in a stroke of genius inspiration, he would name it the Horsch auto company. Talk about German creativity. He might as well have called it “Horch 2”. Fortunately, the German government had most likely dealt with this kind of mind-boggling lack of flexibility before and refused to allow the existence of a second company with the same name. Horch did the most German thing ever and kept the name exactly the same, just translated into Latin. The world was given Audi under its own name for the first time.

Audi merged with Auto Union, who had also added the old Horch name to its brand, and the four rings appeared on vehicles produced after 1934. The name Audi would not be revived until the mid-sixties. It would be another ten years before the company would have its first real breakthrough achievement, where they discovered the potential of a viable all-wheel-drive system for passenger cars.

During some winter testing, an engineer for Audi by the name of Jörg Bensinger fell in love with an all-wheel-drive platform developed by Audi for the German military. The Iltis, an off-road truck of sorts, absolutely dominated in the snowy Finnish terrain and completely outperformed the front-wheel-drive platforms Audi was testing for production cars. It was this discovery that leads to their center differential design that featured a hollow secondary shaft which encased a tertiary shaft and allowed passenger cars to sport all-wheel-drive systems without the use of a transfer case and additional driveshaft. The compact design kept the cars low to the ground but still immensely stable thanks to the equal distribution of torque from the engine. The system was dubbed Quattro. Once again, German creativity blessed the car world with the addition of a ’t’ in the word for ‘four’. 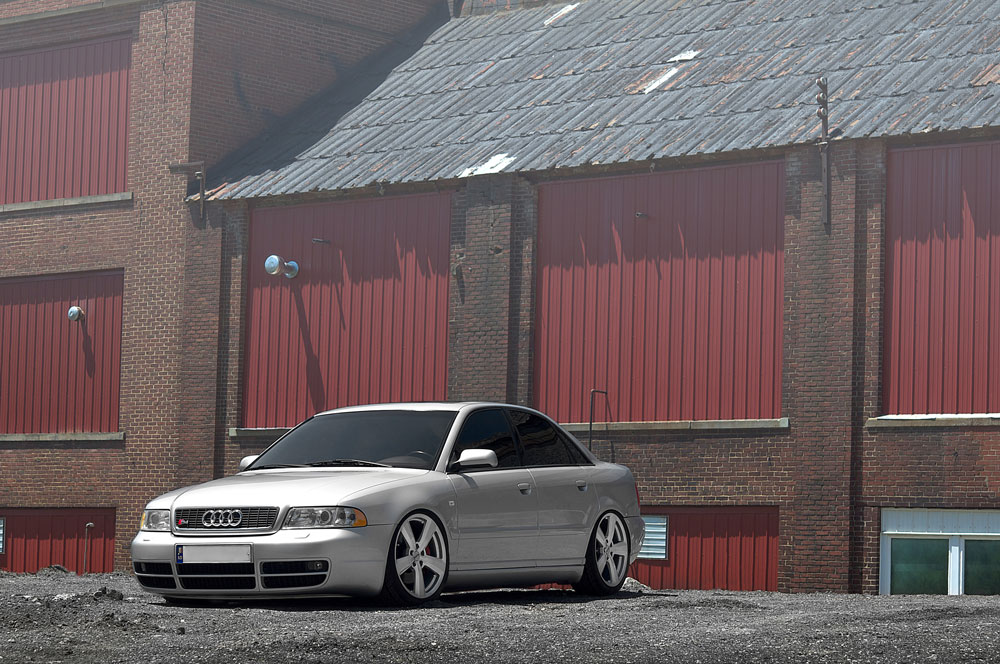 The Quattro system became immediately successful, as it debuted in the holy-grail racing series that was Group B. The Quattro Coupe was a compact Sportback that featured all the significant components for which Audi is well known today. Audi’s true innovation became present instantly in Rally, as they brought the only car to feature all-wheel-drive in those early days of Group B. Paired with its unique 5-cylinder turbo pushing close to 500hp, the Quattro was indomitable at the hands of Audi’s top drivers like Michele Mouton and Hans Stuck. Most famously, Walter Röhl piloted an Audi Quattro after he saw the potential of the car and was approached by the factory team. The rally legend still praises the S1 and Group B today, but he is most widely known for his success at Pike’s Peak. Röhl rocketed the S1 to its third record-breaking hill climb there at Millen Mountain and managed to cement the S1 and his run as the fastest ever recorded before the whole course was paved due to growing safety concerns. That hair-raising achievement demonstrated Röhl’s ability to push himself and the Quattro to the limits of physics and to find the limit at which one could (un)safely tackle the famous hill-climb.

In 1986, Audi pulled out of Group B and set their sights on the American market. They experienced success in the European market thanks to their victories in the racing world, but the series in which the Quattro was ultimately so superior was not widely visible to Americans. So Audi redesigned their 200 to build the 1988 200 Trans-Am cars. These large sedans with the puny 5-cylinder engines looked like the German equivalent of a joke next to RWD, V8, coupes that dominated the series. The Audi team took second in their inaugural race and pole in their next race. The Americans quickly became focused on Audi as a competitor rather than the out of place youngsters. The season barely made it halfway through that 1988 year before the other teams had begun to petition that the Audi had an ‘unfair advantage’ and that heavier restrictions be placed on their cars. The season did not complete before the sanctioning body agreed that the Audis were unbalanced, and they were fitted with smaller tires, a more restrictive turbo inlet, and weight handicaps. Audi still won the season handily but was banned for the next year.

In place of Trans-Am, Audi graduated to the highest level of production racing in America. For 1989, Audi joined the IMSA series. They took the 90 Quattro, an equally unassuming sedan like the 200, and essentially threw out everything to make their IMSA 90. The 90 was quite successful, but not as astonishingly as the 200 Trans-Am. They remained in IMSA for two seasons, then withdrew to return their focus on DTM back in Germany.

Today, Audi still competes in IMSA and motorsports around the world. Thanks to their incredible discovery of the AWD system’s benefits to passenger cars, the Quattro system has been adopted and celebrated by nearly every major manufacturer. Cars like the WRX, Lan Evo, GTR, and x-Drive BMWs all can trace their roots back to the boxy little Audi. The production cars available from Audi now are still available with the Quattro systems, albeit, more advanced versions than the highly mechanical racing versions seen in the 80s and 90s. Without those early racing victories in the Quattro, we might have never been given some of the most capable cars to ever be produced. 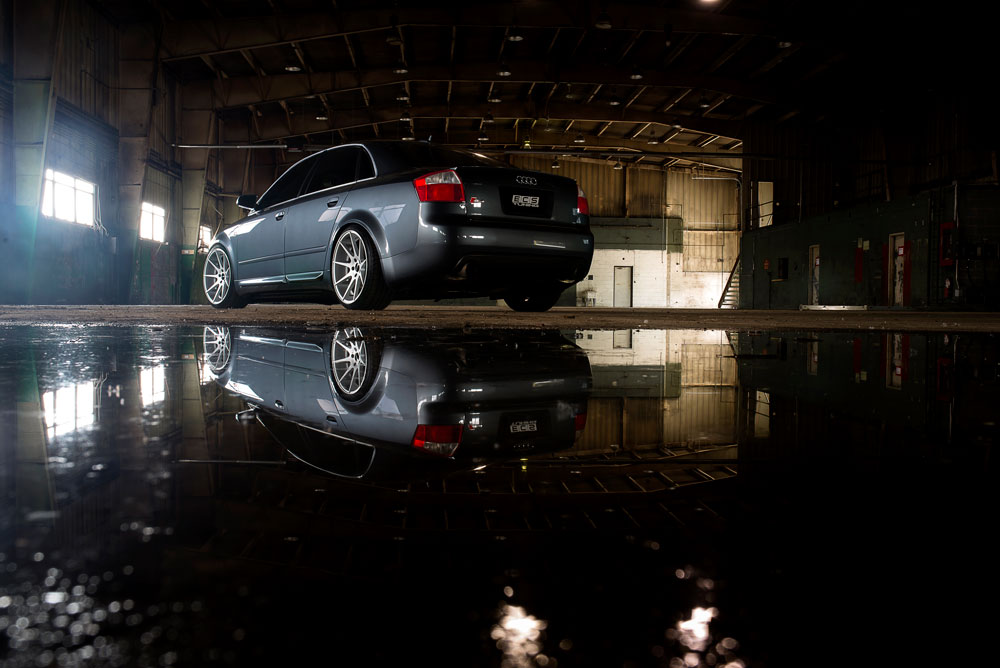 We now have the grandchildren of the original Quattro and several generations at that. Audi continued their fixation with the 5-cylinder turbo for 21 years before retiring it at the birth of the first S4. Our current model, the B9 S4, is a culmination of performance and luxury bred from the split heritage Audi experienced on and off the track. Their incredible power and handling characteristics make the S4 one of the most competitive cars on the road and popular among enthusiasts all over the world. While they may not have the same unbridled sense of terror that the old Quattro had, the S4 is still a fantastic platform. Audi used their success on the race track and on rally stages across the world to produce quite possibly the most well-rounded passenger sedan available.

With that, the Quattro system has come full circle. Over 40 years of testing, racing, and manufacturing these ‘big Audis’ has granted them the undisputed crown in the realm of AWD performance. The advancements made in passenger car development that allowed Audi to reach new heights in the 80’s and 90’s once again translated into better passenger cars and some of the most tech-heavy race cars in the world.