After an exciting few months, we have the winner for our MK7.5 GTI sweepstakes car we built in partnership with Racingline, Stoptech, Liqui-Moly, and several other amazing sponsors. If you have followed along, you saw the GTI transform from a totally factory MK7.5 to the most heavily modified example we are aware of in existence. Several of our sponsors developed many of their parts for the platform on this car, and it features many first-ever upgrades that will soon be available for other facelift owners to purchase. The GTI underwent quite the list of performance additions and now sits in its completed form, ready to take its new owner for an exciting drive every time he jumps behind the wheel. 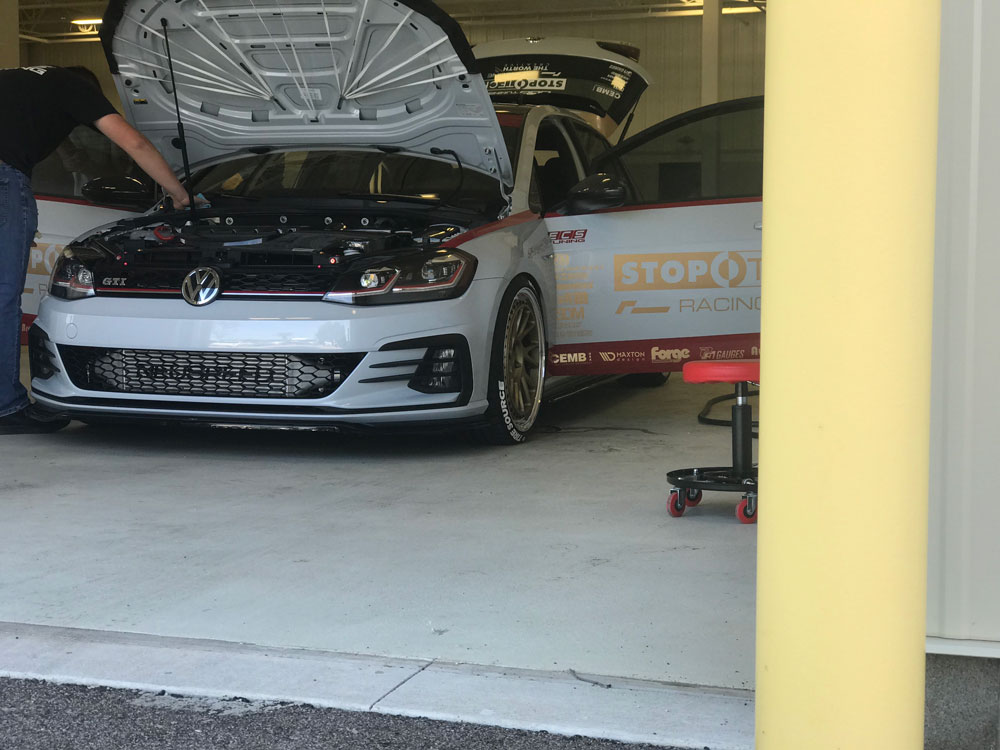 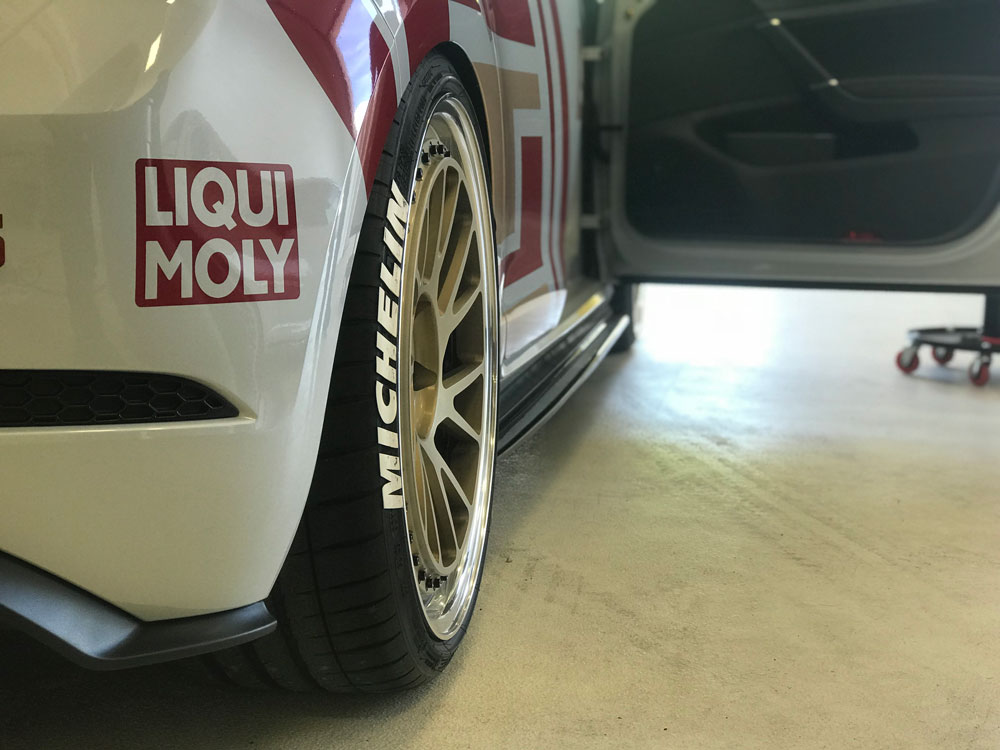 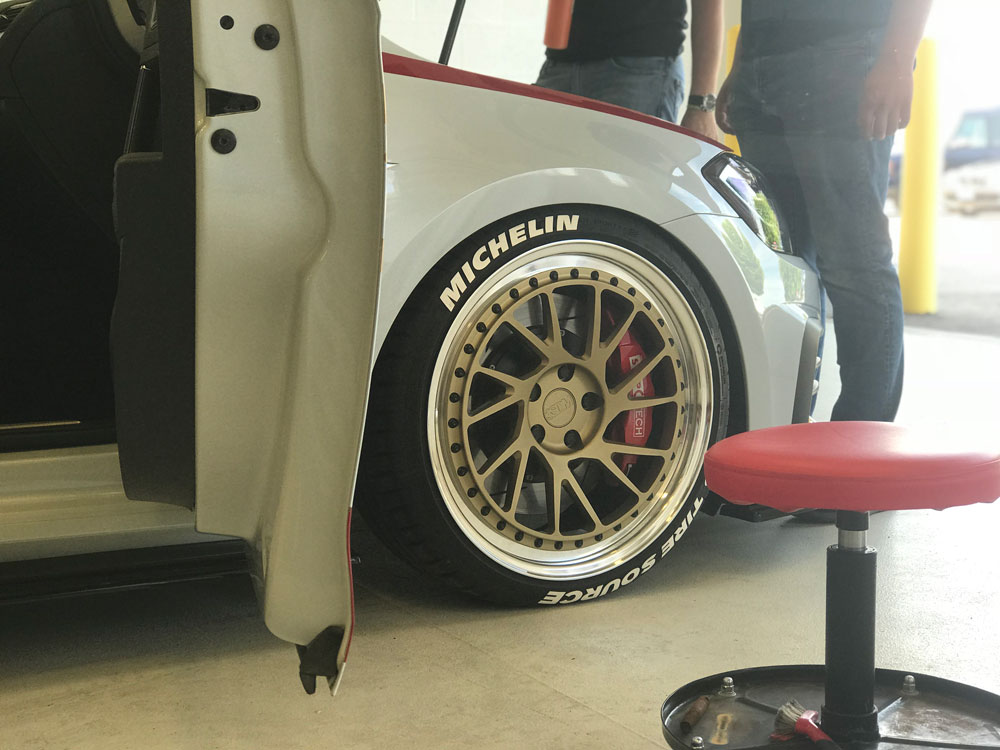 So who is our lucky recipient? It is a he, and his name is Kevin from California. Once again, the sunny Pacific state takes home the grand prize, and even more coincidental is his affinity for Audi! I actually had the opportunity to speak at length with Kevin and he gave me quite a bit of background as to what lead him to make the fateful purchase. He shared his car history, some of his personal background, and even his most recent B8 A4 project that secured his winning order.

Kevin has been around cars nearly his whole life and began his downward spiral into automotive enthusiasm back in high school. He purchased a Datsun for $100 at sixteen that needed an engine, which eventually lead to his interest in fixing his own cars. After the Datsun, a VW Beetle became his daily driver and ongoing project. That Beetle fostered a love for VW that persists today and has meant more than just enjoyable transportation to our lucky winner. In what seems to be a theme of fortunate happenstance, Kevin actually met his wife through his ownership years ago of that Beetle. The mechanic to whom he turned for advice ended up being her father so one could say the love bug might have a little bit of truth to it after all. 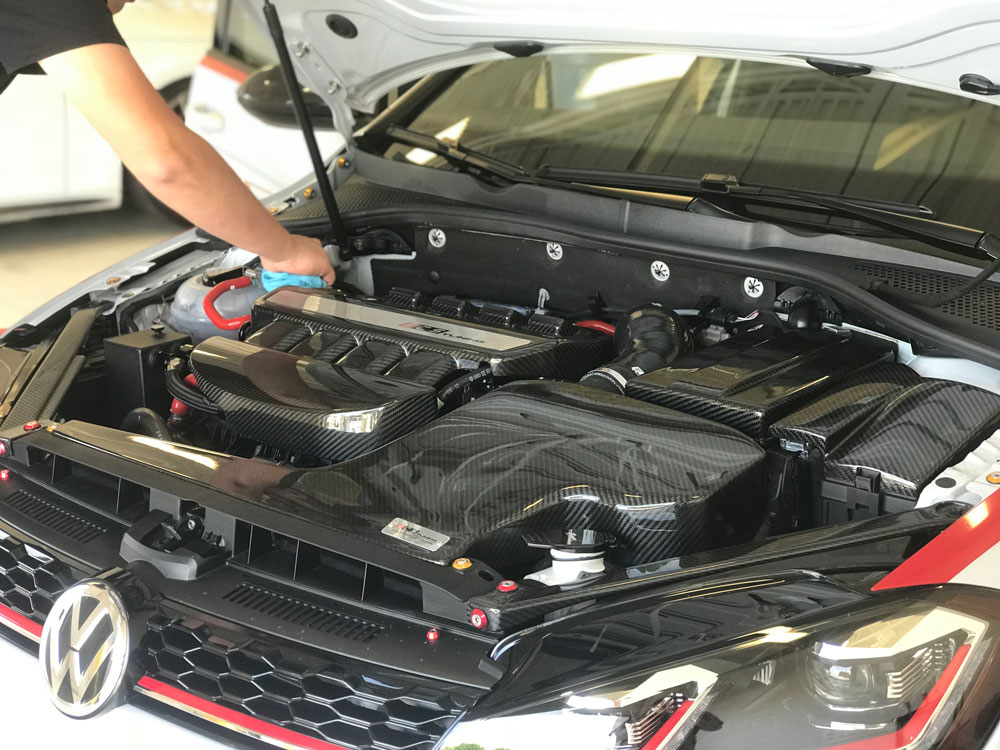 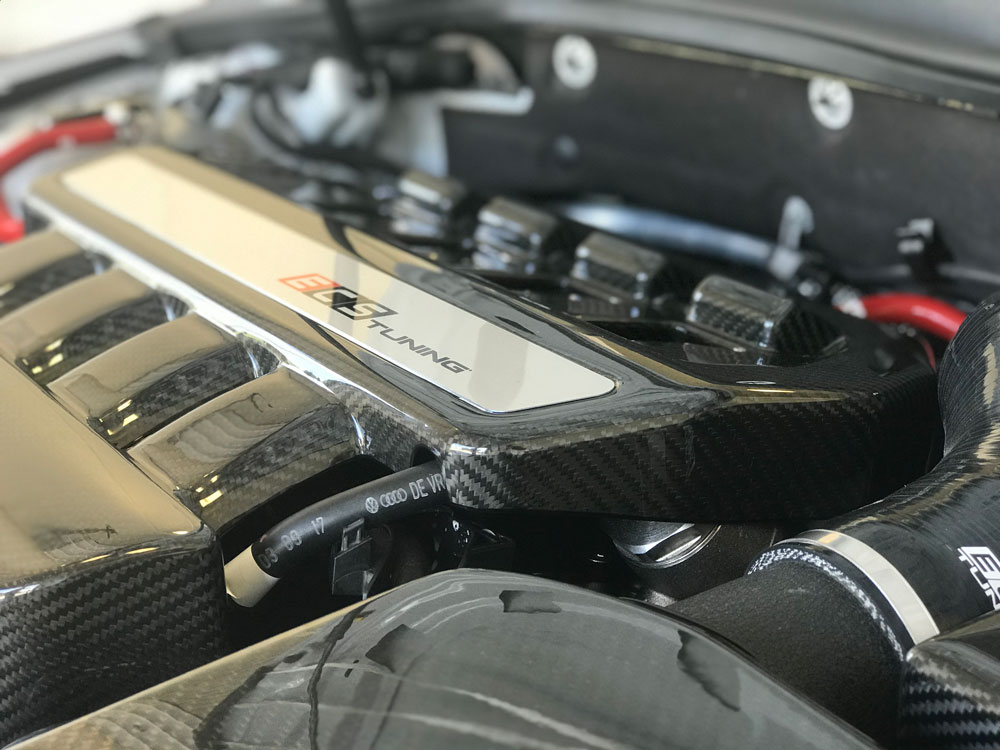 More recently than his high school days, Kevin experienced what could have been called some misfortune at the time, but ended up as a heartwarming bit of car-karma. His daily driver until a few months ago was a MK4 Jetta, which he quite liked in its intact state. Another motorist who was less concerned with Kevin’s Jetta and its un-crashed appearance decided to t-bone his car. Inevitably, the car was totaled. The insurance company, as always, gave up the bare minimum. This forced him to search for a new daily that he could pay cash for and still enjoy. A local dealership had a reasonably priced B8 A4 that seemed sorted, so Kevin made the purchase and enjoyed some worry-free transportation in a newer Audi.

Unfortunately, as is often the case with bad luck, Kevin caught another wave of inconvenience. The B8 ran well for a little over a week, then the engine decided it had enough of its timing chain and freed it from its state of confinement. The engine completely jumped time, the cams spun, valves extended, and Kevin assumed the worst. Since he is a competent mechanic, he decided to yank out the 4-cylinder and have a go at diagnosing the damage. In a silver lining stroke of luck, the valves were undamaged as were most of the other major internals. The engine was apart, so Kevin decided to just rebuild the whole thing to avoid worrying about any mechanical surprises for a long time.

Kevin’s rebuild included the very order that secured his victory in the sweepstakes, which we think could not be more fitting. When you look at the big picture, Kevin’s Jetta being totaled and all his bad car luck was just the little bit of bitterness before the sweet. With the chain-reaction of totaled Jetta to broken A4, we couldn’t pick a winner more deserving of a new car replacement full of goodies (that he won’t have to rebuild). 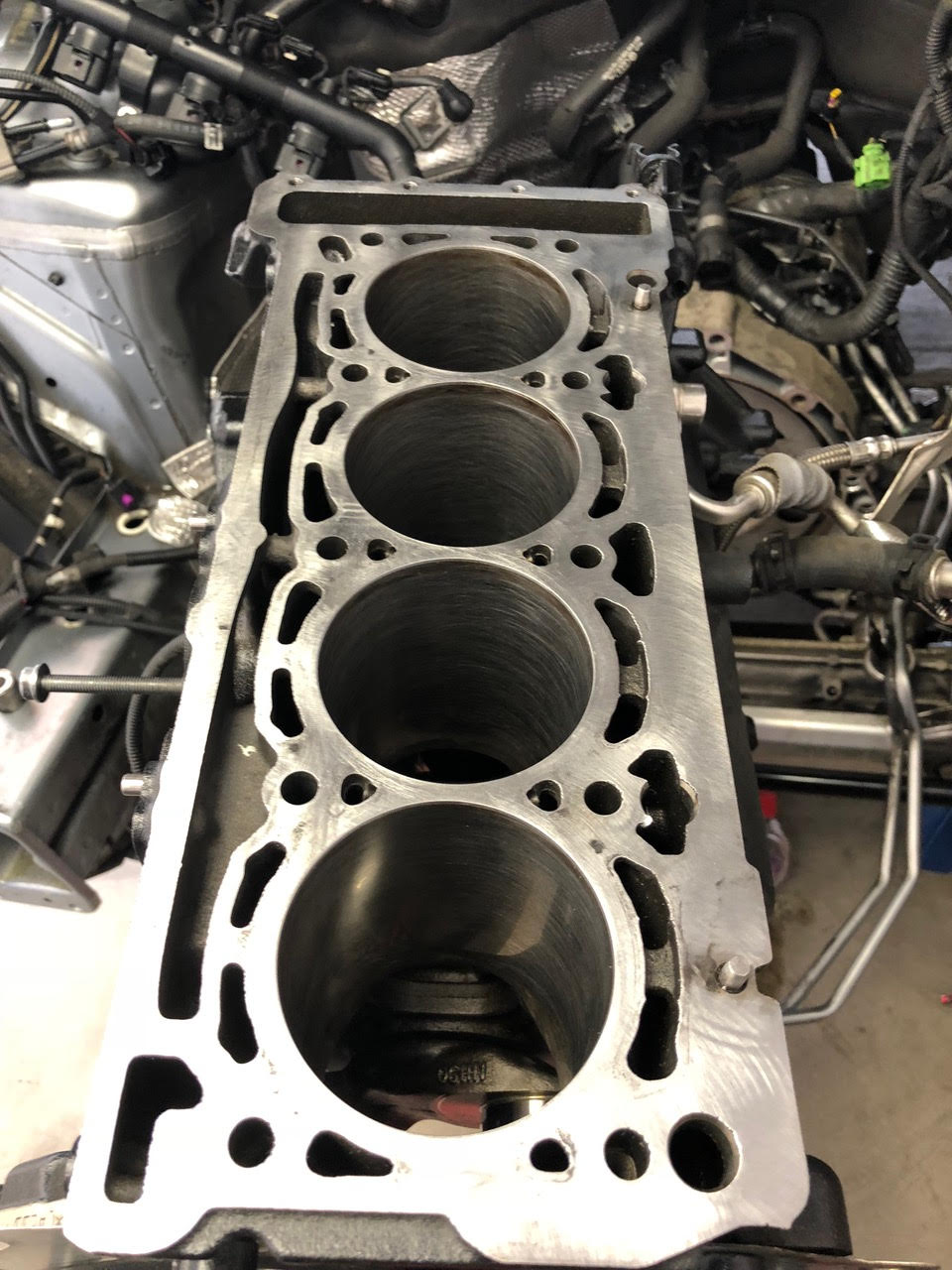 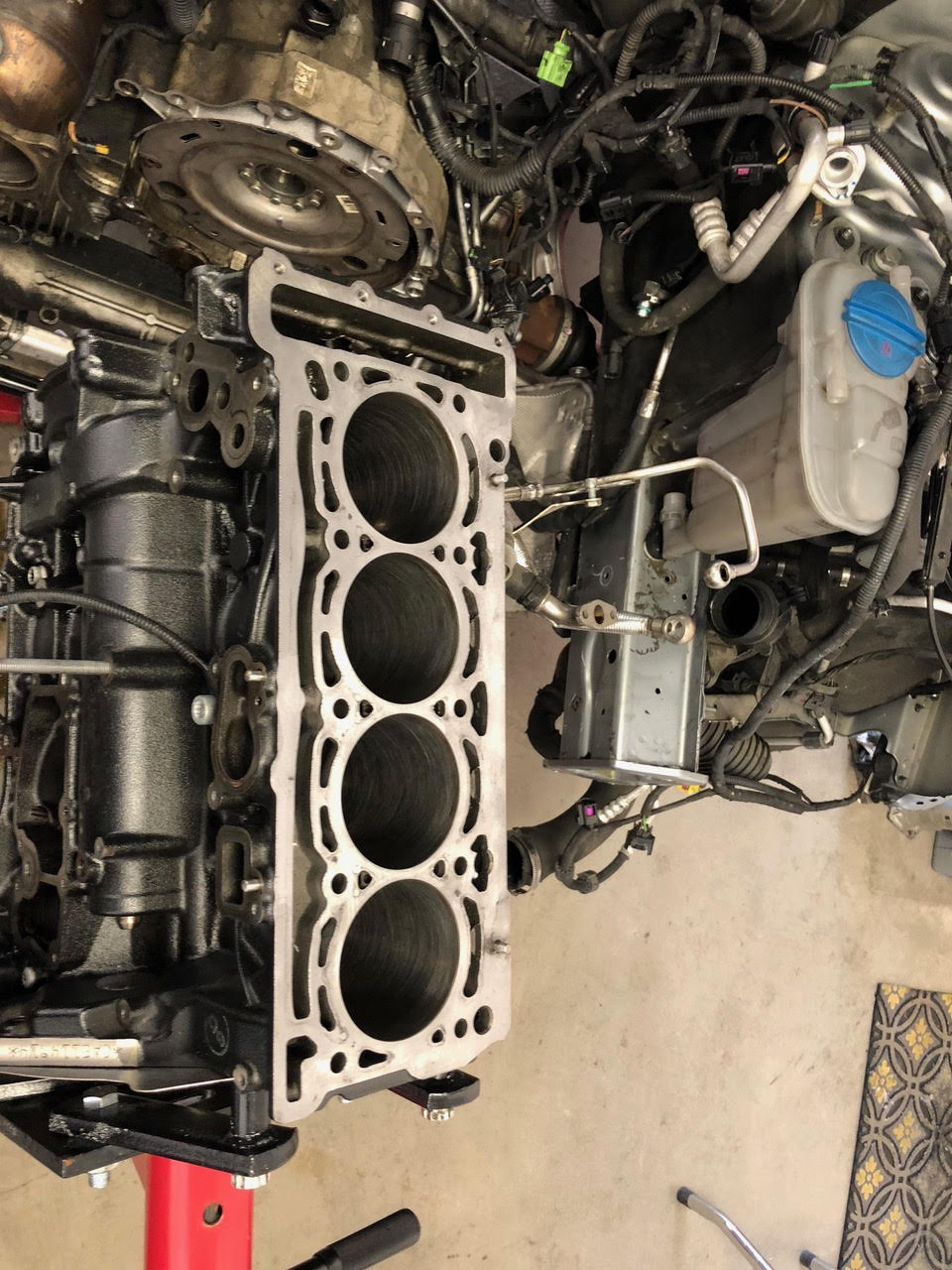 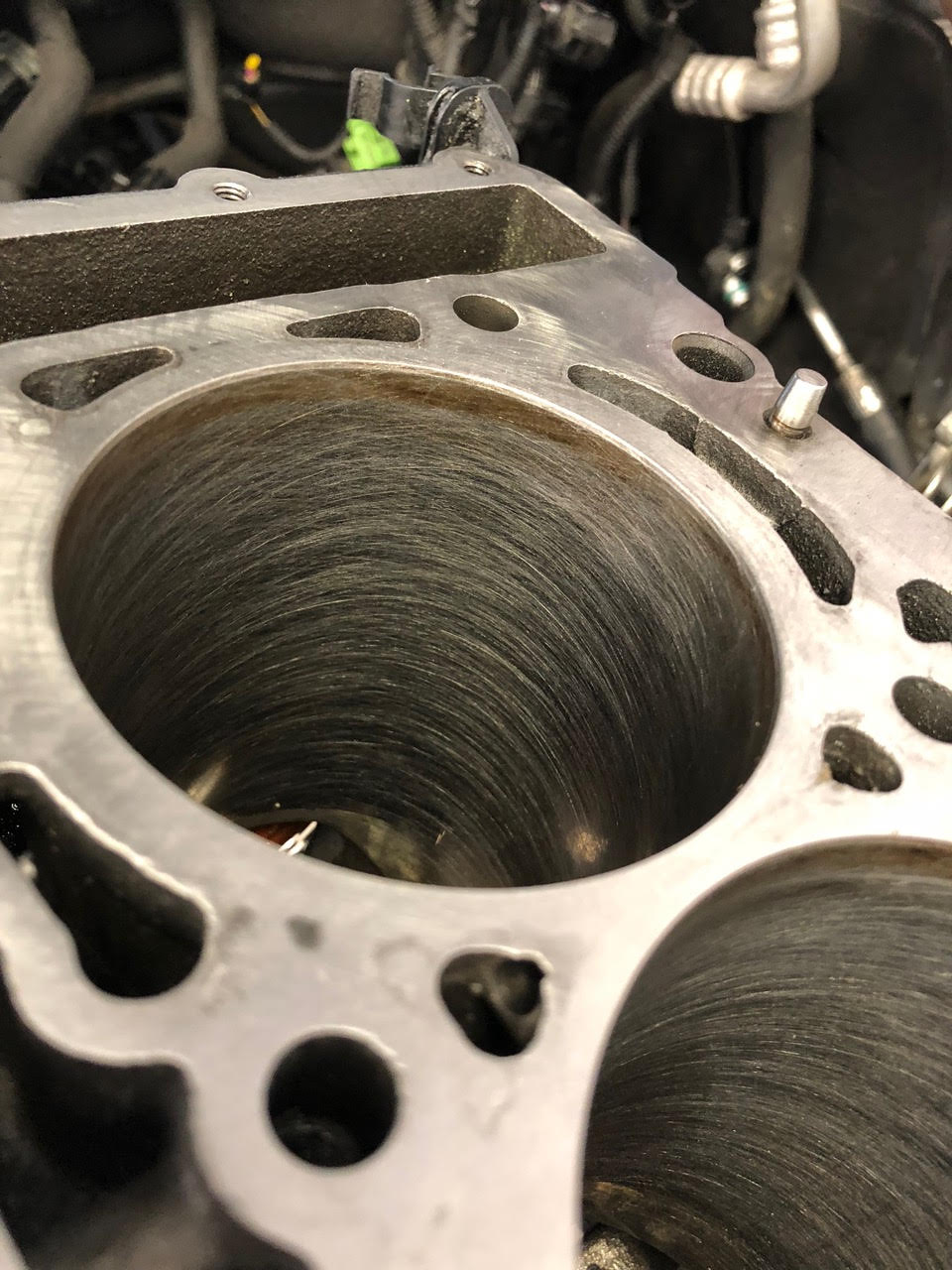 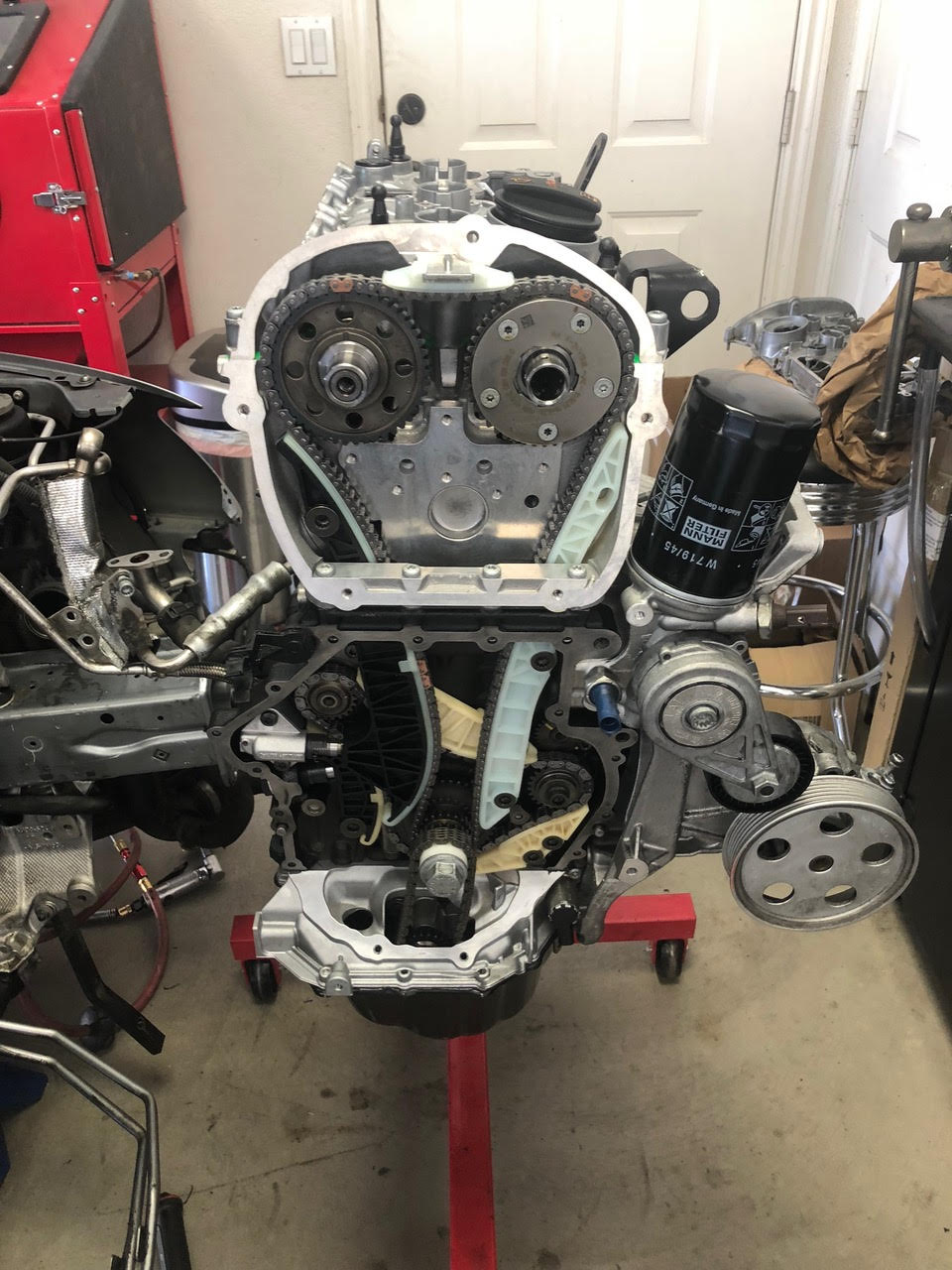 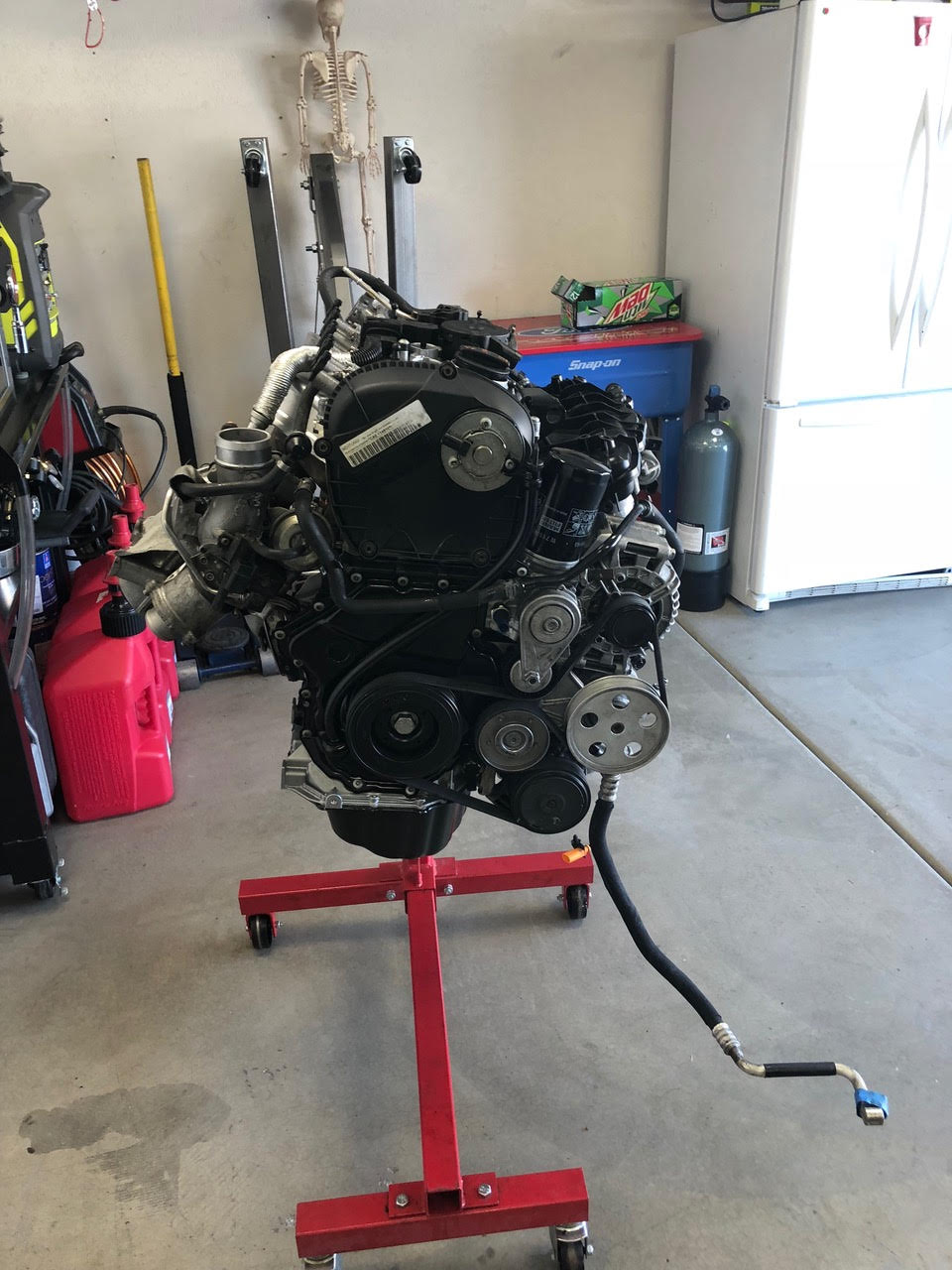 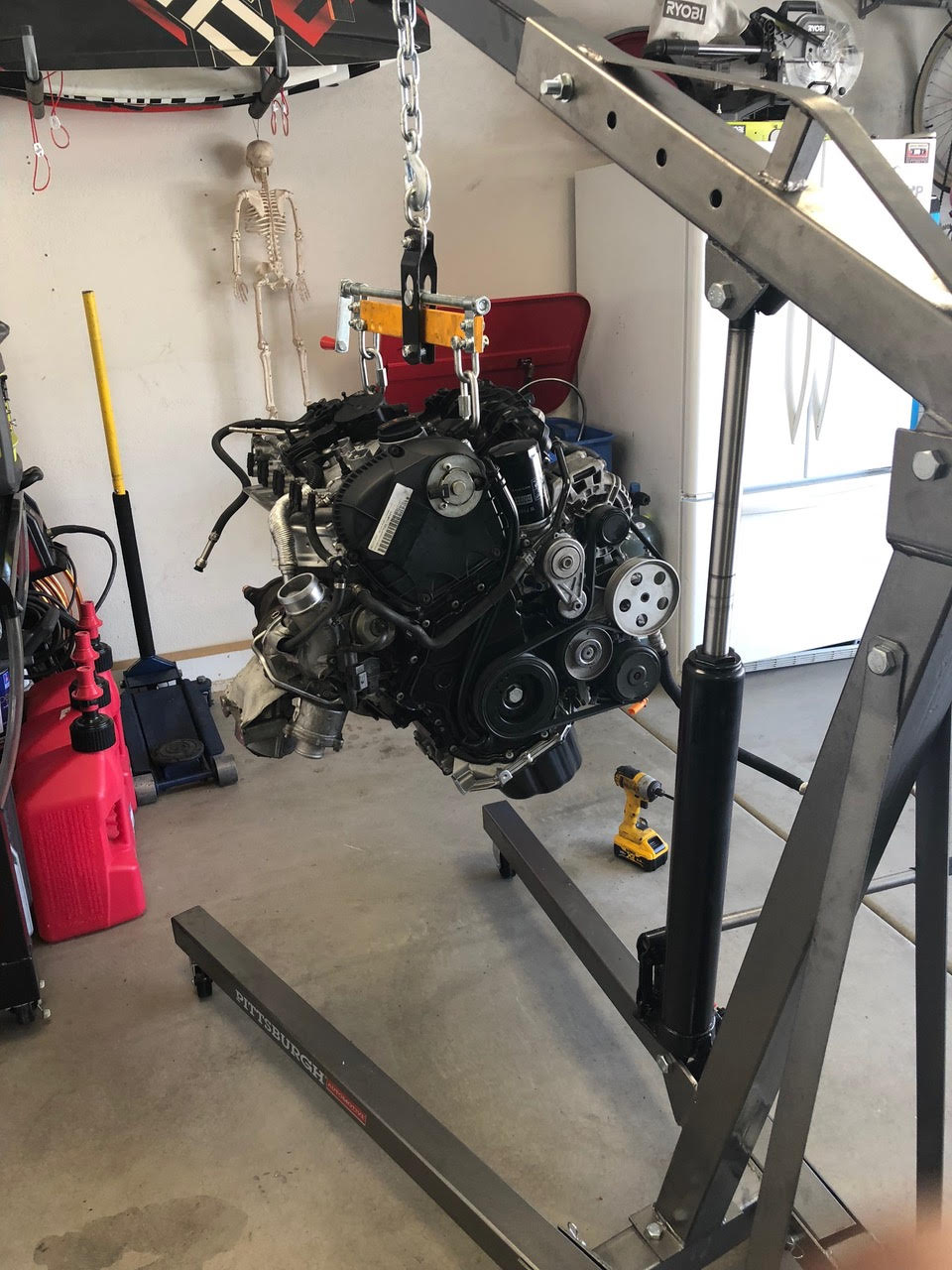 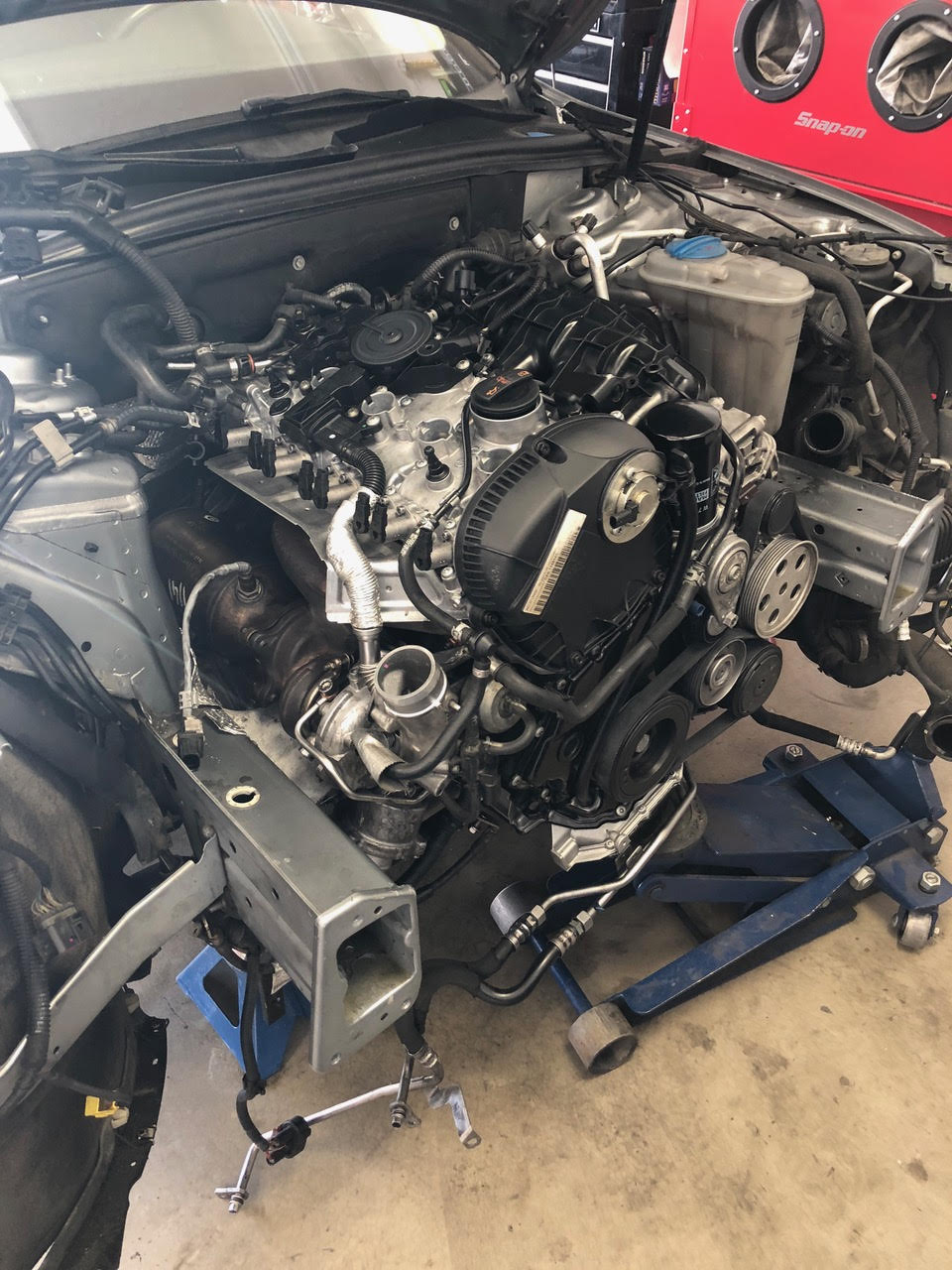 So what happens next? After Waterfest, Kevin has arranged for the GTI to go home with him to California where several of his old friends (and some new ones he didn’t know he had) will undoubtedly pester him into taking them on some joy rides. He does intend to get involved with the SoCal VW scene, so you California locals will certainly see the colorful ECS and Stoptech livery present at events, shows, and cruises around the lower half of the state. Be sure to follow along as we check in with him through the first year of his ownership of the car and if you see him cruising around, give him a smile and wave to say congratulations Kevin on your new MK7.5 GTI built and tuned by your trusted European performance tuning experts.