Its Obvious: Zach’s Audi B5 S4

I have always heard it is a bad idea to meet your heroes, much less date them. In the case of cars, I tend to disagree with that statement. With several of my cars, the ones that I regarded as superb before I owned them usually met or exceeded my expectations. One of my friends, who you may remember from the E32 Jalopy article, shares the sentiment that you should absolutely meet, date, and marry your heroes when it comes to cars. Recently, Zach picked up a B5 S4, a car he has always coveted, and one I can’t help but claim to be one of the most iconic cars to ever see American roads.

The B5 S4 is widely considered one of the best luxury performance cars to ever be built. When it came to America in 1999, its 6-speed manual gearbox, all-wheel drive layout, and V6 Biturbo engine were the winning combination that made it the most capable family hauler on the road. In fact, Car and Driver named it their first place winner for its segment where it bested the newly introduced Subaru WRX and the BMW E46 330xi. While this may come as no surprise, the B5 S4 has remained a relevant car on today’s roads and became a cult classic in its almost 20-year life since the oldest was produced. 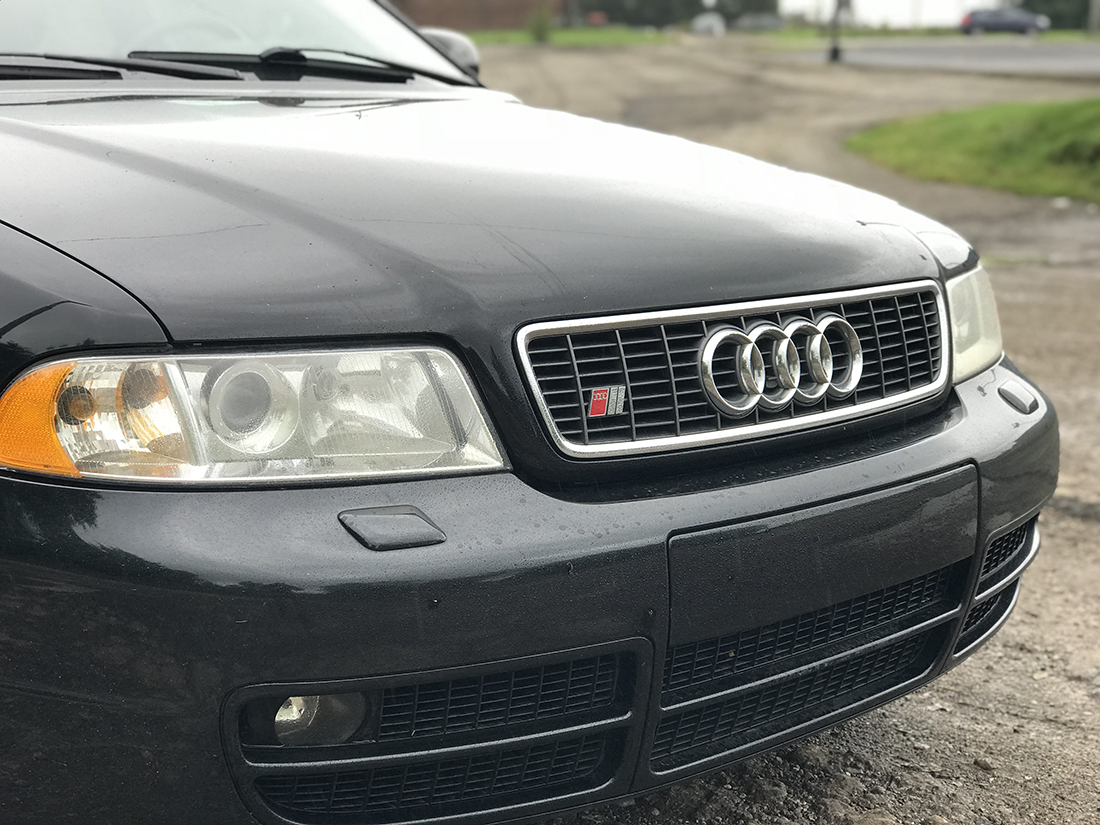 For Zach, the B5 S4 carries an important place in his history as a car enthusiast beyond its obvious reasons. He grew up around the B5 chassis, the first A4, with his father. The pair his dad owned introduced Zach to not just the car world, but specifically to a chassis with which he would have a lifelong appreciation. When this 157,000 mile, unmolested, gorgeous example popped up for sale, he had no choice but to purchase the car. From his background, you may expect his car history to include a number of B5 S4s. Unfortunately, the timing (no pun intended) never lined up for him to find one either worth purchasing or in his budget. It took almost no internal deliberation for him to jump on the chance to buy one in this condition, which awarded him the elusive car he longed for. 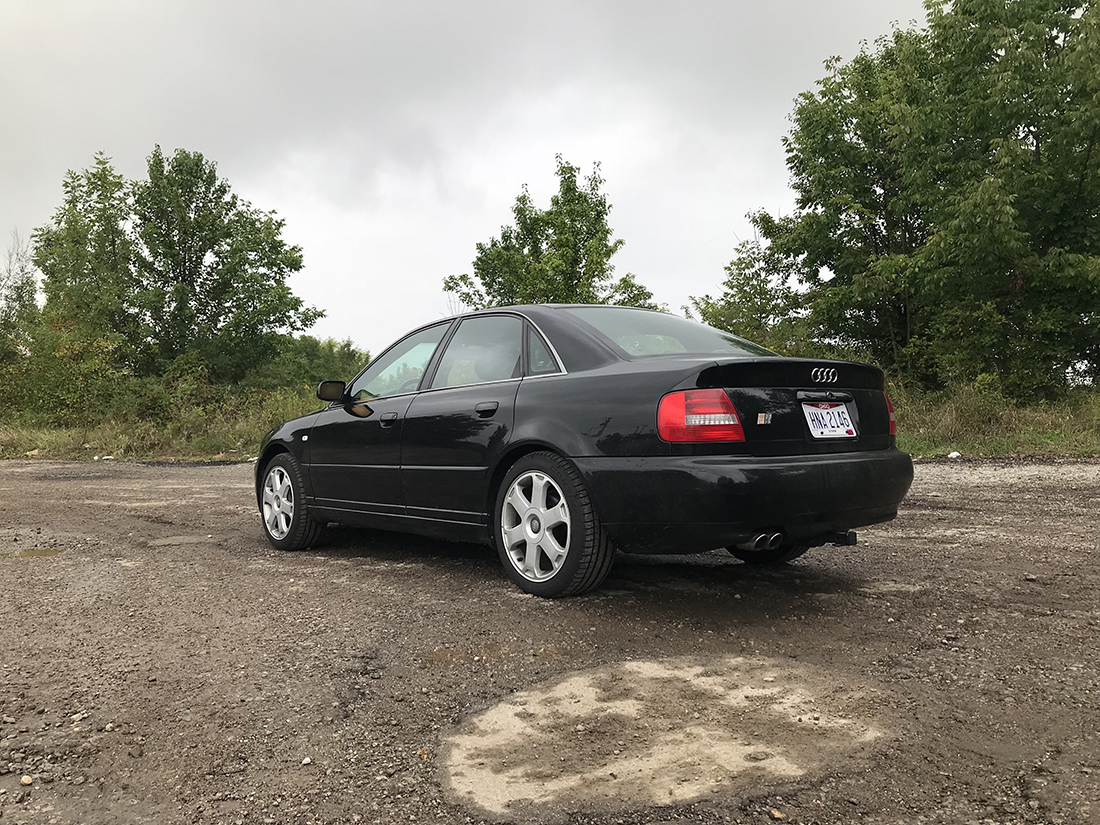 The car is undeniably clean. Its previous owner maintained it meticulously, even down to the nit-picky issues for which the car is well known. B5s have long been understood to be incredibly reliable cars, so long as you spend every spare minute working on it and dumping every spare dollar into the parts to do so. It is, in this regard, a bit like meeting your hero, falling in love with them for all the reasons you’d hoped, and then realizing they expect 100% of your attention, affection, and savings account. This car has been treated to a new timing belt, guides, water pump, various seals, gaskets, suspension, and tires. All good to do, but unfortunately, the turbos and clutch are both original to the car. Anyone familiar with the B5 S4 Biturbo engine knows it is a matter of when, not if, the turbos will eat themselves. As for the clutch, this is a performance car. No one can ever tell me without an imaginary Pinocchio nose growing on their face that the car has been babied its whole life, no matter how clean the overall car is. Any way you look at it, that clutch will need to go eventually. 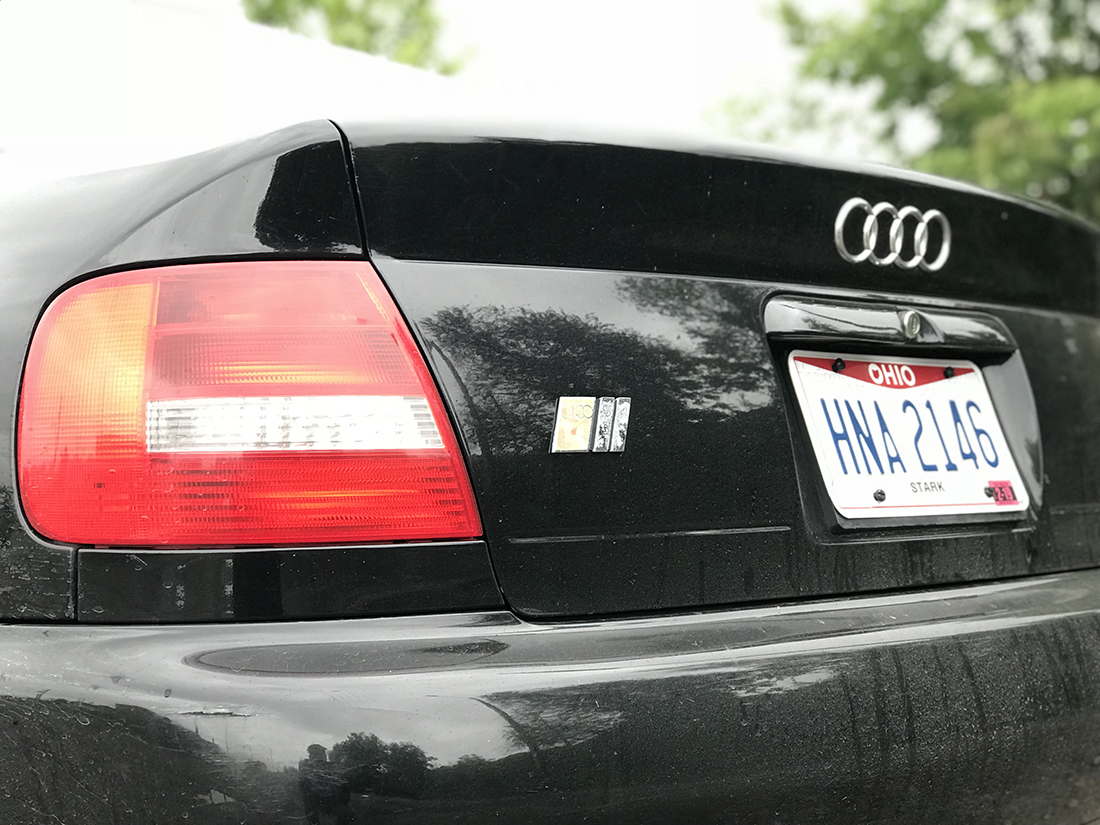 That said, Zach is optimistic. While he intends to keep the car stock, the over-under around here is that it won’t be more than a week and a half before it receives a stage 1 tune and exhaust bits to bump up its 250-odd horsepower to somewhere in the 300 horsepower region. This will be both an excellent choice and a guarantee that whatever short life the turbos and clutch have in them will drastically be shortened. Zach knows he is asking for the timer on his ticking bomb of a car to advance rapidly, but he is a car enthusiast: if it breaks in a glorious fashion pushing way too much boost, so be it. I have to respect that attitude, especially since this car is replacing his LR Disco as his primary means of transportation. Can you think of a better way to ensure heartbreak? 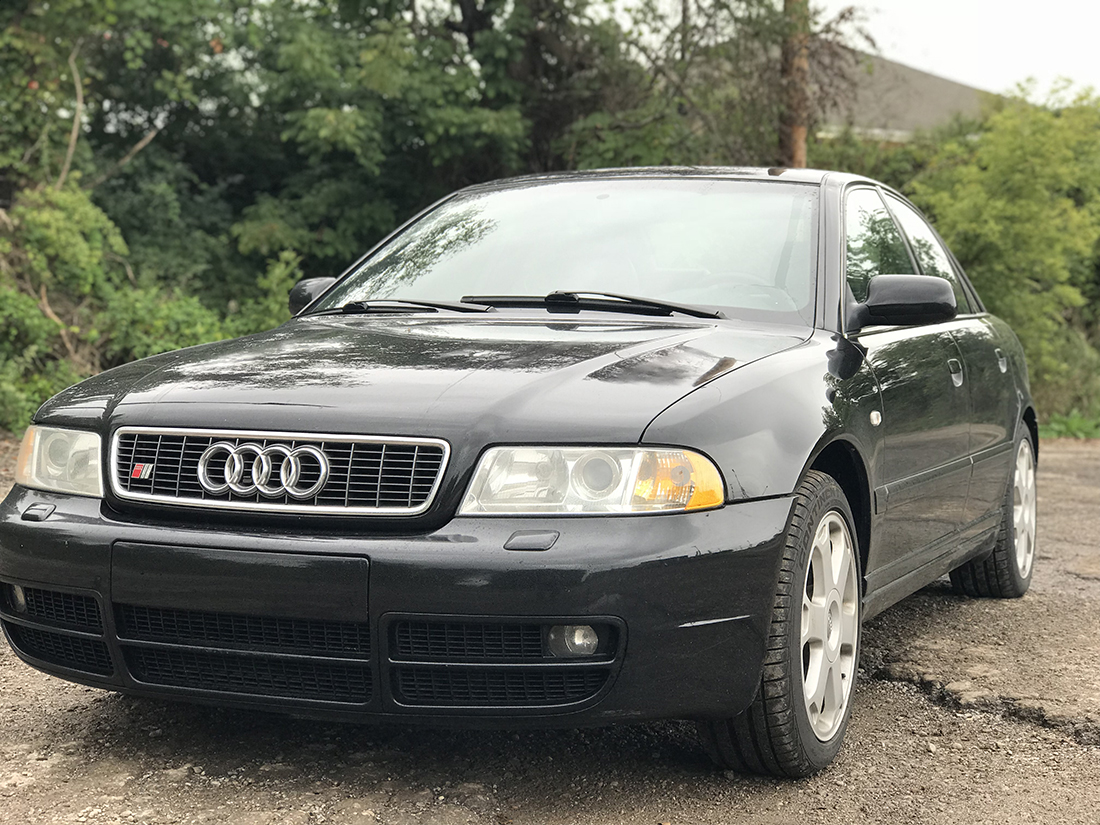 Being a legendary car, I had no choice but to ask Zach for permission to drive it myself to better understand what makes the B5 so appealing. If you have caught on, my experience is almost exclusively focused on BMWs of the Radwood generation. While I have spent some time behind the wheels of a number of Audis, I have never been offered the chance to drive a B5 S4, arguably the best of the S4 name. Kindly, Zach handed me the switchblade key (those things are cool, you can’t change my mind) and let me take out his new pride and joy for a spin.

This car, fortunately for Zach and his transportation needs, has been maintained exquisitely. Many of the Audis I have driven suffer from worn drivetrain mounts and suspension components, which make them ride like their suspension is made from low-quality school bus driver’s seats. That is to say everything moves in ways you wish it wouldn’t. Zach’s Audi felt much tighter than I expected, especially considering its advanced age. The suspension was stiff but supple while the gearbox felt tight through each change. The springiness I dislike in the shifter came from an unavoidable design choice by Audi: the press-down spring for engaging reverse. I need to say now, before we go any further, that I hope the engineer behind that little sucker has to walk a mile over legos without shoes. For a mechanical connection, the gear selector feels completely disconnected from the car thanks to that design and almost removes the driving experience a bit. 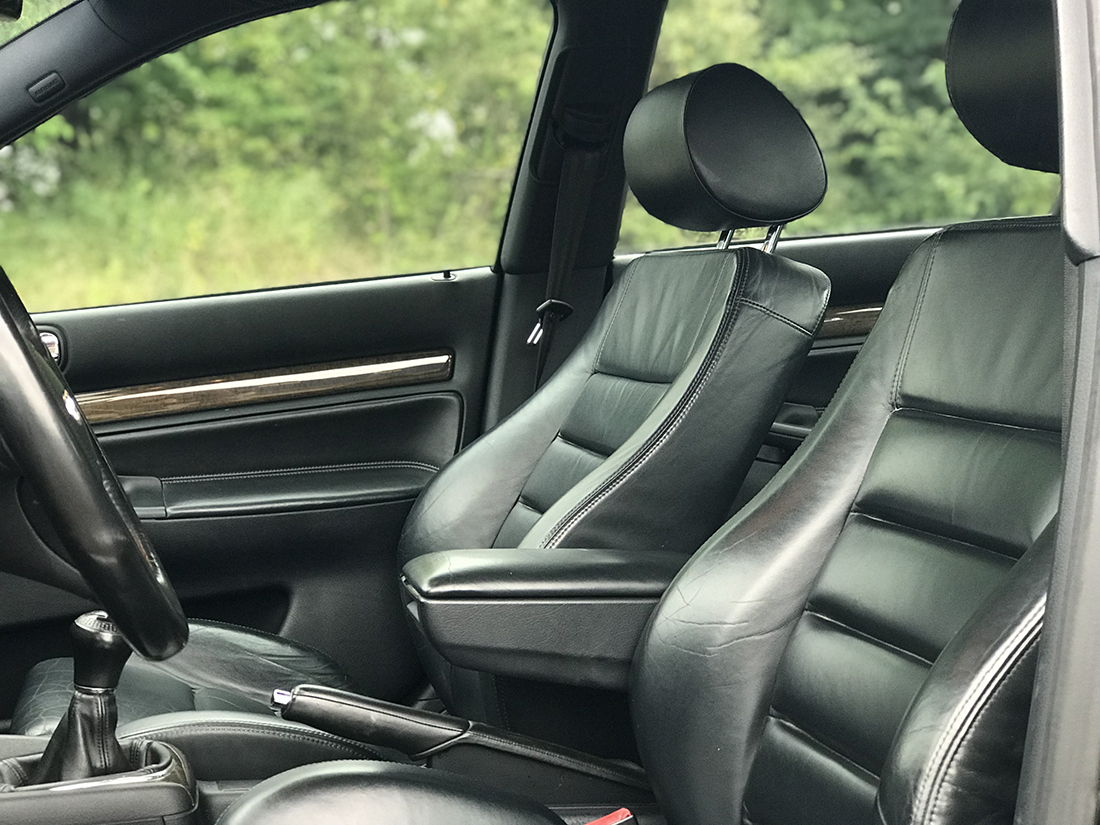 Aside from that minor nuisance, the B5 S4 is nothing short of pure excellence. The power offered, even in stock form, is enough to surprise you. The power band is longer than a Phish jam and provides the same explosive conclusion as you shift up into the next gear. Despite the engine being so far forward that it is in the trunk of the car in front of you, the Audi still behaves quite well on corner entries. A quick adjustment to my driving style resulted in me enjoying dropping the car down from fourth, to third, and into second for a hard corner. The responsive brakes and forgiving suspension smoothed out any hesitation or inconsistency from my inputs and made me feel more confident as a driver. On exits, the small 6-cylinder provided the low-end torque missing from its four-cylinder cousin found in the A4. Once boost kicks in from the tiny twin-turbos, the Audi rockets all the way across its rev range and proves that even twenty-year-old cars can still be exciting considering today’s Camry now has more horsepower. 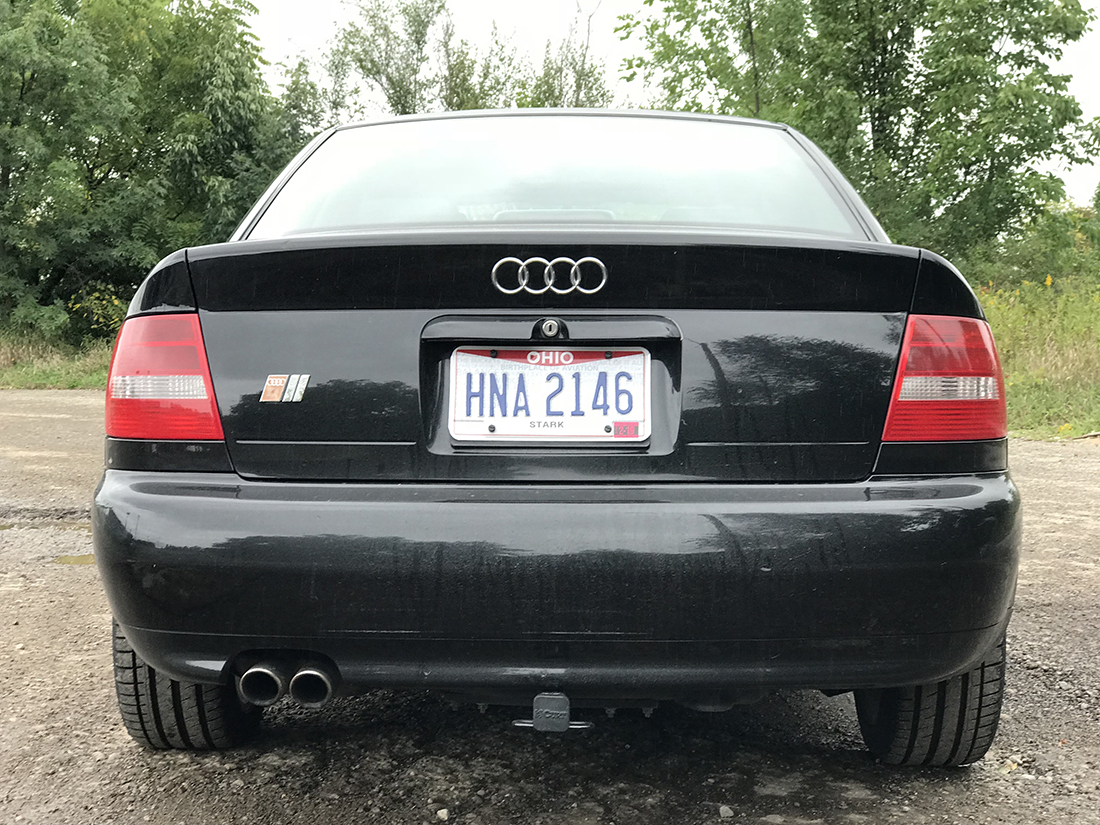 Even with its tempting power output, responsive handling, and engaging driving feel, the Audi is also one of the easiest cars I have ever had the pleasure to drive. The clutch pedal is soft but has an engagement that is almost telepathic, the steering feels connected to your brain as well, and the brakes offer immense confidence as you stop from well above the posted speed limit. Thanks to its relatively light weight despite its size, the car also feels manageable beyond its mid-size sedan body. It thoroughly lives up to the years of praise it has received for many of those specific reasons. I can’t help but feel its greatness is almost too predictable; something that indicates there may be a ‘too good to be true’ aspect lying underneath. 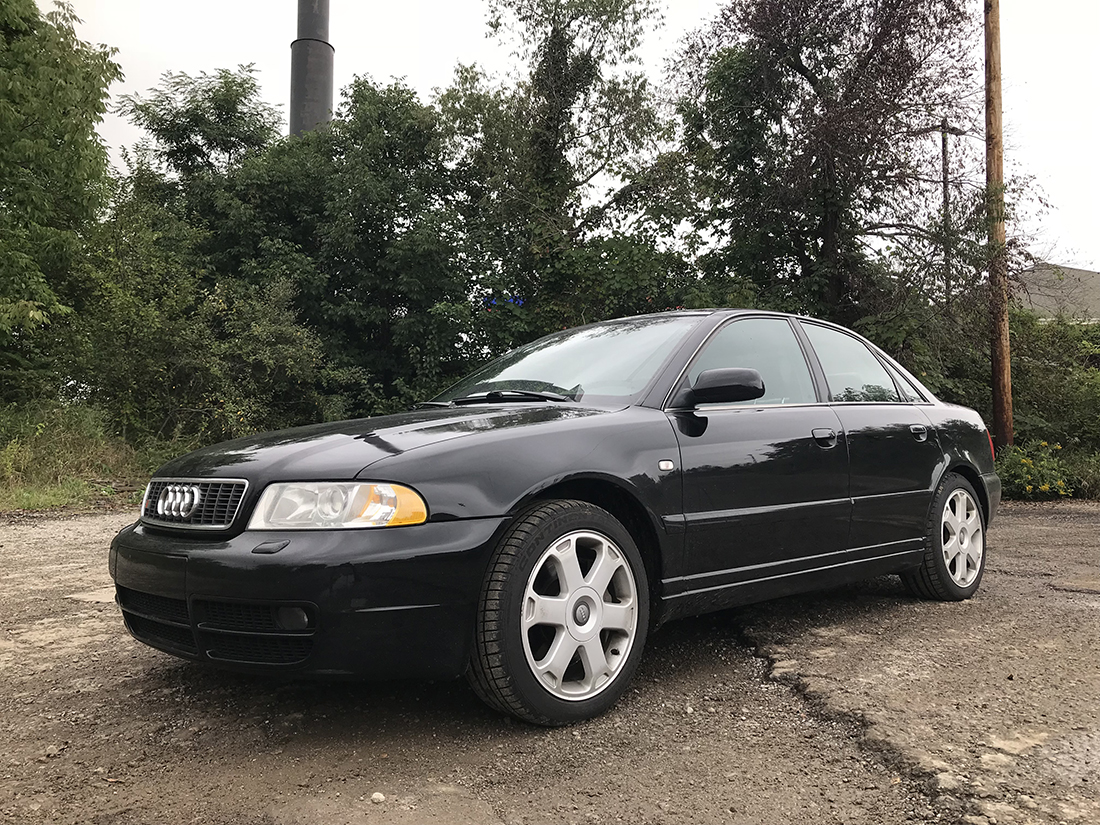 While it may induce anticipation of catastrophic failure, it still feels good enough for me to consider all the high remarks and category wins during its lifespan as completely valid. Zach believes this car is the one he was meant to have and excitedly looks forward to anything it may throw his way. This is a case where the hero, despite its underlying faults, just happened to be the missing puzzle piece in Zach’s life. Hopefully, as the car sees more driving time and modifications, the remainder of its reputation as a black hole for income does not live up to expectations. Stay tuned as we follow this and Zach’s other builds throughout the winter to see whether this Audi proves to be the love of his life or the future messy divorce that leaves him with half of his possessions. 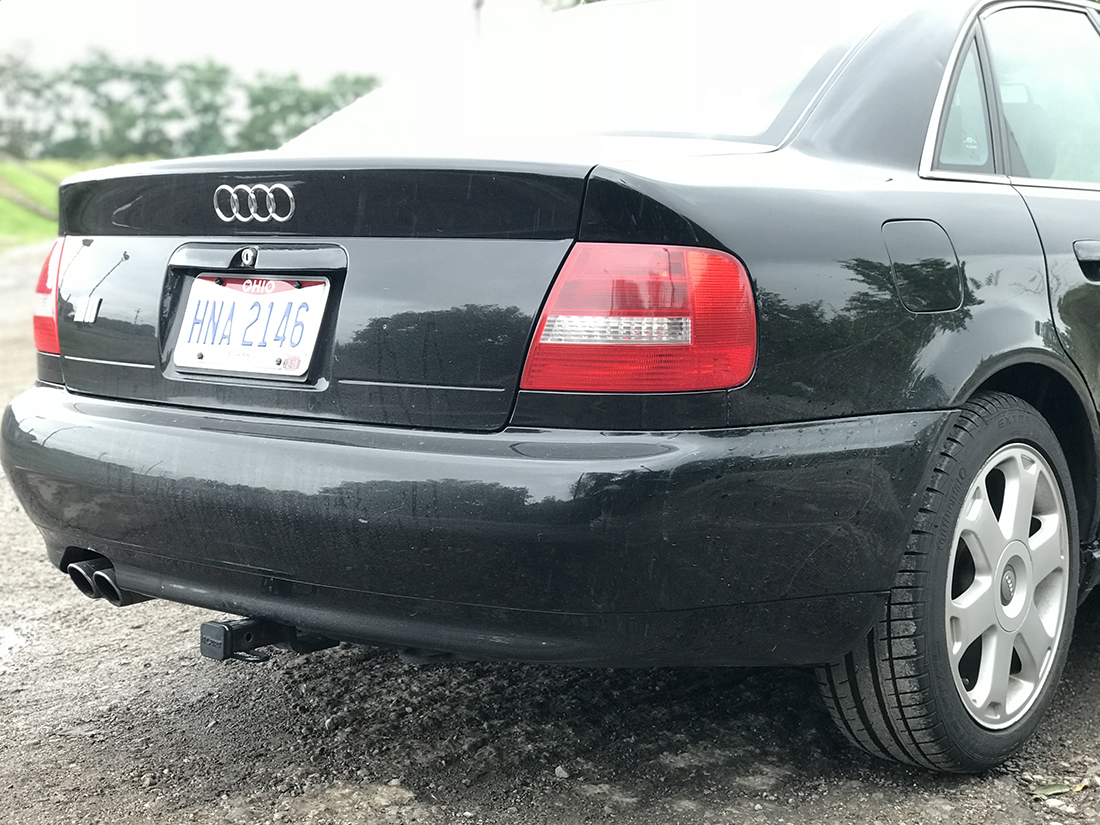