Less is more. Danny’s ’96 VW MK3 Golf is a VW that stood out to us in our 2016 Virtual Car Show. His MK3 Golf is a very clean and simple build in a generation of VW’s we are seeing less and less of.

Since acquiring my 1996 Volkswagen MK3 Golf GL I have done multiple upgrades and changes to it.  I’m a real sucker for the OEM+ look and I feel my car definitely shows that. To me, the saying of “less is more” holds truth since aiming for a clean, simple, and well-executed car has always been my main goal.  I always source OEM and quality parts for my build, making sure to steer clear from replicas.

Starting with the exterior of the car, I aimed to go for a full European conversion, all OEM Volkswagen of course.  This included sourcing the front and rear bumpers, the trunk hatch, a Henri Lloyd Yachting front lip off the MK3 Variant and bumper slats, the optional side skirts, and a rear VOTEX spoiler.  The lighting department also required some upgrades, so I hunted down a set of original single chamber E-code headlights, a pair of clear VOTEX long fog lights along with the clear VOTEX turn signals to match, and a pair of Hella Magic Colour All Red tail lights to tie it all in.  These simple touches gave the car the beautiful, subtle and clean look I was hoping for.

With time, the interior has also seen its fair share of upgrades.  It’s always nice to modify the exterior for others to be able to see your work, but I also like to have a nice view from the cockpit seat.  That said, I imported a set of MK3 Euro-spec Recaro seats off the 16V Edition 5DR GTI.  Many other subtle items from the 20th Year Anniversary and Highline MK3 were also introduced, these include all the original black upper pillar trims, red stitching shift boots, emergency brake handle with red button and stitching, red seat belts, etc. To tie it all together, the headliner was reupholstered in black OEM-spec fabric.  The European dash panels, glove boxes, front console, and rear console were also acquired.  A Kamei armrest was also introduced for added comfort on long trips.  For a uniform look, the entire interior lighting was switched over from green to red.  A full NRG quick release setup in a matte black finish was also introduced which secures one of the many ABT Sportsline products the car’s interior features; the Nardi/ABT Gara 3 Steering Wheel.  Other ABT products include the pedals, dead pedal, shift knob, gauge cluster, and door pins.

In the suspension department, a full AirLift AutoPilot V2 air ride system was added and the frame was notched for axle clearance.  A ball joint extender was paired together with a tie-rod flip kit to allow for proper suspension geometry.  Polyurethane bushings were installed along with rear Great Plates to center the wheels in the arches once fully aired out.  A rear discs conversion was done for better stopping power and drilled/slotted rotors were introduced.  The car currently sits on a staggered set of 16” Eclair wheels (16×8 and 16×9) that have been fully refinished. 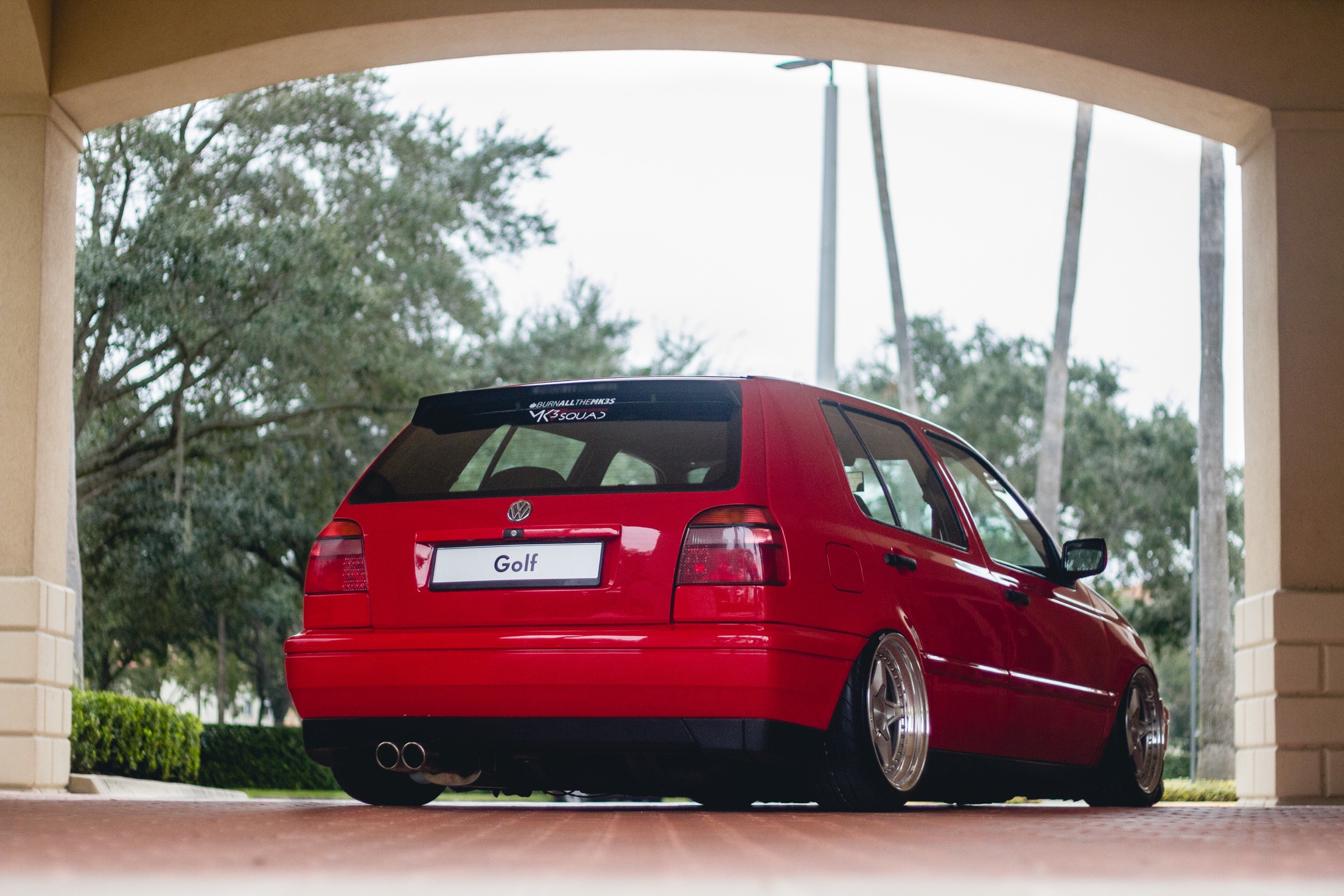 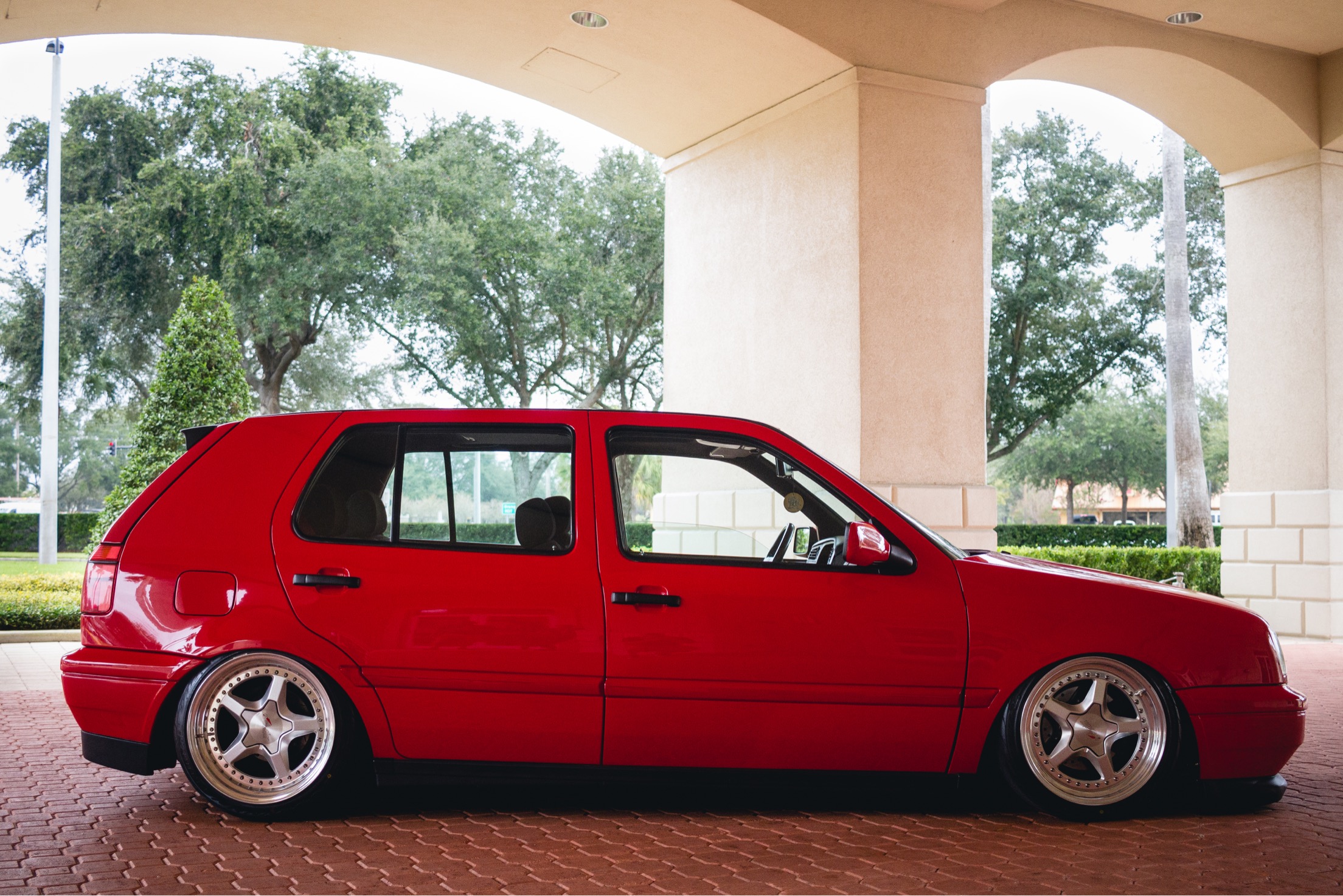 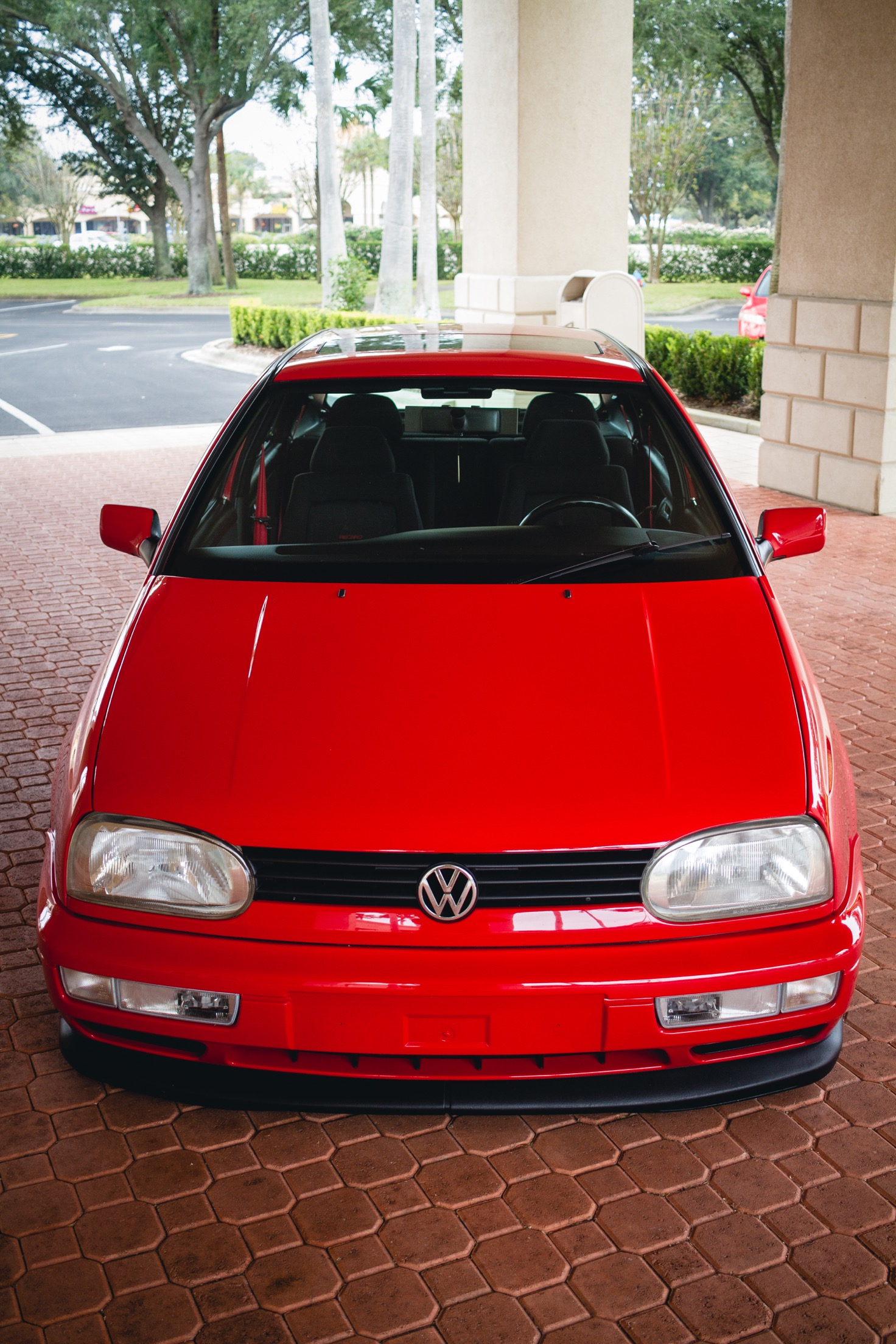 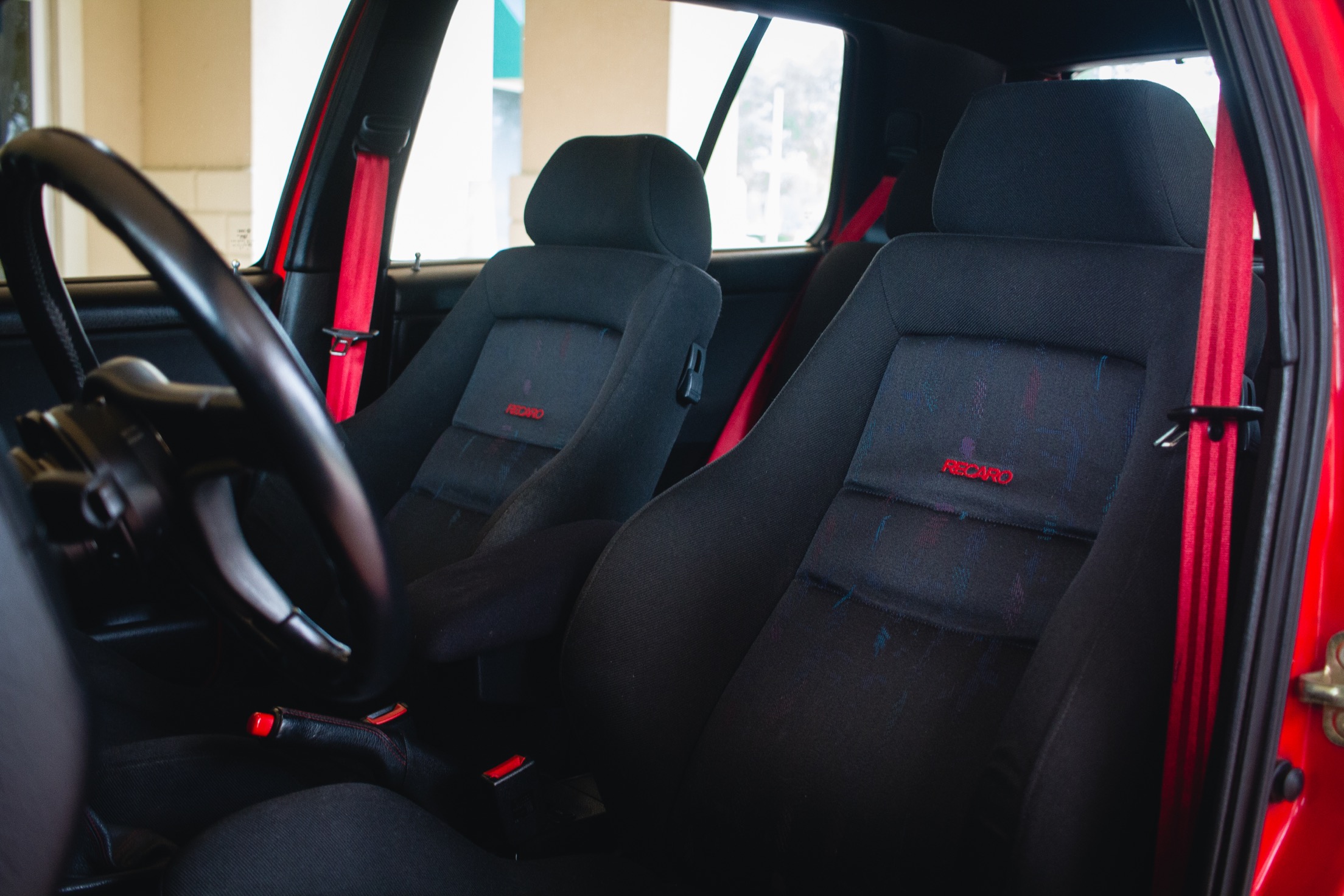